Young inmates are locked away without any trial in Malawi’s prison cells. Some of them are even unaware of their right to a lawyer. Two legal activists from PASI do their best to secure justice. 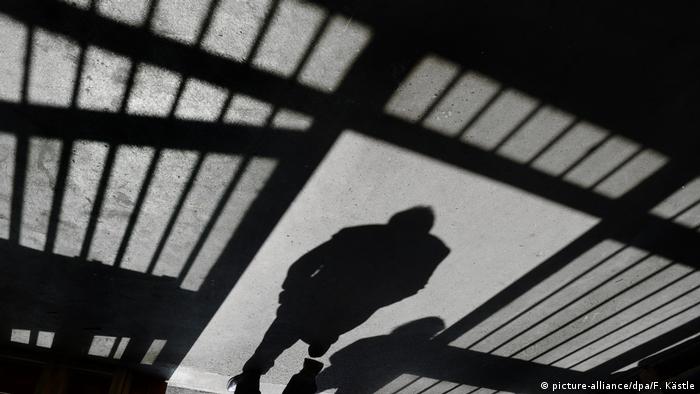 The conditions in Malawi's prisons are abysmal. The cells are overcrowded, and many of the inmates are in prison for petty crimes like theft. But still, they are likely to rot inside for years without any proceedings taking place.

"People who are suspected to have committed crimes should be dealt with accordingly and in time," says paralegal Steve Sikwese.

"Taking a person into custody to rot in a cell for five months, six months, two years, three years, four years…where is the criminal justice system?"

Steve works for The Paralegal Advisory Service Institute (PASI), an aid organization that provides free legal services for prisoners. They have made it their duty to visit prisoners on a daily basis.

Steve has helped the prisoners and listened to their stories for many years. It all started after a friend of his was taken to prison, but nobody wanted to help.

"I saw an advert in the newspaper looking for people who were interested in joining the paralegals team and I said: Oh my god this can be an opportunity that I can start helping people who are in need - those who were arrested and don't have anybody to assist them," says Steve.

Most of the inmates steal due to high levels of poverty. If the offense is not too serious, Steve will attempt to negotiate with the police - including the officers who made the arrest - to see whether they can be released on a police bond.

Even mere suspicion on the police officers' part is often enough to send somebody to prison. This is the main reason why Steve and Clifford Msiska, founded PASI in 2000. Back then, the conditions in the judicial system were even worse than they are today.

"When we went to the Zomba maximum security prison we found 197 child offenders who were there illegally. What I mean is they had no paper authorizing them to be in prison...but for them, because they didn't have any legal representation, or because they are not familiar with the laws and procedure, they thought everything was in order", says Clifford.

Once in a while, Steve visits some of his former clients. One of them is 30-year-old Philipina Maliseni. The mother of three has already faced a number of challenges posed by the broken judicial system.

"I was so confused when I went to prison. The sleeping conditions were very bad and I had a seven month old child. I didn't know how to raise it in prison and what would happen to my other kids at home. The conditions in prison were very hard," she says.

Eventually, PASI helped secure her release and she has since been back with her children for the past two years.

"She was arrested on the offence of murder and she stayed in prison for three years and four months without being taken to court, without any trial. So we applied for bail and she was released on bail," says Steve. Since her release Maliseni hasn't heard from the court.

Thanks to PASI's team of paralegals, the situation in Malawi's prisons has improved. Steve and his colleagues have helped thousands of prisoners. The organization keeps a close watch on the prisons and police stations, and its staff are visible everywhere.

Following the success of PASI in Malawi, other African countries like Uganda and Kenya are also looking at adopting a similar legal aid model.

As the music industry prepares to recognize its top artists at the Grammys, an unlikely line-up of convicted criminals is tipped to take home the recording industry’s most prestigious prize. (15.02.2016)