Under a set of new ordinances, Spain's Balearic Islands have banned happy hours and pub crawls in three popular party spots. The regional government says it wants to "fight back" against excess. 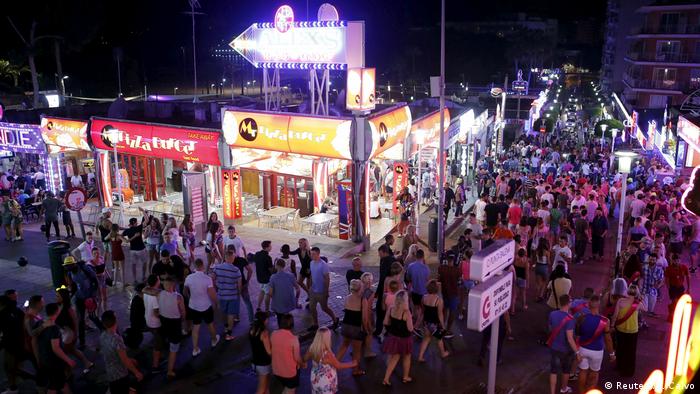 The Balearic Islands' regional government passed a series of measures on Friday aimed at curbing party tourism on Ibiza and Majorca.

The new restrictions include bans on pub crawls, happy hours, open bars and the promotion of alcohol in the party hotspots El Arenal and Magaluf on Mallorca, and San Antoni on Ibiza. Shops and businesses in these areas will be prohibited from selling alcohol between 9:30 p.m. and 8 a.m.

The law also freezes new licenses for "party boats" and prohibits them from taking on or offloading in the three locations.

Majorca and Ibiza are among Europe's top tourist destinations, and both islands have earned a booze-soaked reputation as being a magnet for German and British partiers. The regional government said the new ordinances are aimed at improving the quality of tourism. The laws are due to go into effect in February. 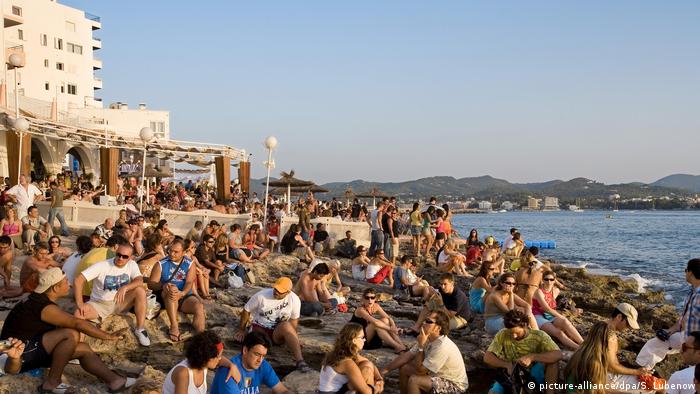 "With this, the Balearic Islands become the first destination in Europe to fight back against tourism based on excess," Iago Negueruela, the regional official in charge of economy and tourism, told reporters.

Read more: Mallorca: An island at its limit

Jumping from hotel balconies into swimming pools is also banned under the new rules, and anyone caught "balconing" could be kicked out of their hotel and fined €60,000 ($67,000). Hotel package deals that include unlimited alcohol will also be prohibited.

The four islands which make up the Balearics  — Palma de Majorca, Ibiza, Formentera and Menorca— received nearly 14 million tourists in 2018.

After the pandemic-related timeout, the Spanish island of Mallorca had hoped to attract holidaymakers who want to do more than just party. But the change is not happening as quickly as hoped.

A ferry with 47 people on board ran aground near the Spanish tourist resort of Ibiza, with many of the passengers injured. A 10-year-old boy was airlifted to a hospital.