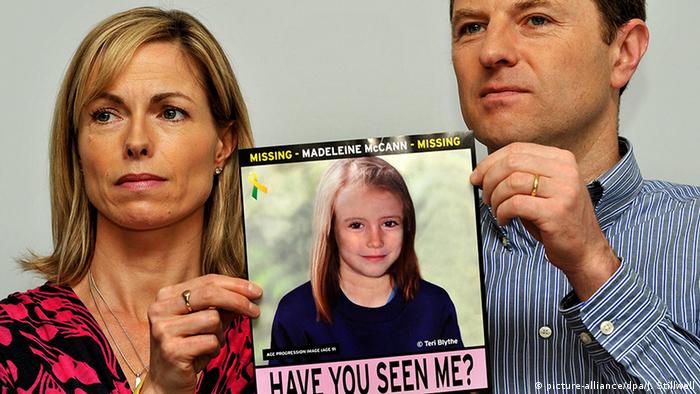 The European Court of Justice ruled Thursday that the prime suspect in the disappearance of 3-year-old Madeleine McCann can not get a separate conviction overturned.

Christian B. was sentenced to seven years in jail in Germany over the 2005 rape of a 72-year-old woman in Portugal. He had argued the ruling was unlawful because he had been extradited back to Germany for a different matter.

But the court found the conviction did not contravene EU law and was justified because Italian authorities, who had delivered the suspect to Germany, had given their consent for him to be prosecuted for the rape case.

Christian B. is currently serving a separate sentence for drug trafficking in the northern German city of Kiel. That term was set to end on January 7, 2021. Thursday's court decision means he will have to remain in prison after that date to serve time for the rape conviction.

Main suspect in the McCann case

The probe into McCann's disappearance 13 years ago focuses on the 43-year-old German. Prosecutors announced in June that they believed Christian B. had kidnapped and murdered the girl, after years of searching for a firm suspect.

McCann vanished from her family's holiday flat in the Portuguese resort of Praia da Luz in 2007, as she was sleeping while her parents dined at a nearby restaurant. Despite an international manhunt, no trace of her has been found.

German prosecutors have said that they have "concrete evidence" that she is dead, although British police continue to treat her disappearance as a missing persons case.

Christian B. has a string of prior convictions, including child abuse and rape.

German authorities declared the man an official suspect in the disappearance of a British toddler in 2007 in Portugal. The convicted child abuser and drug trader was identified as a potential suspect in 2020.