Australian filmmaker George Miller has been chosen to lead this year's Cannes Film Festival jury, a move the festival calls a celebration of genre cinema. 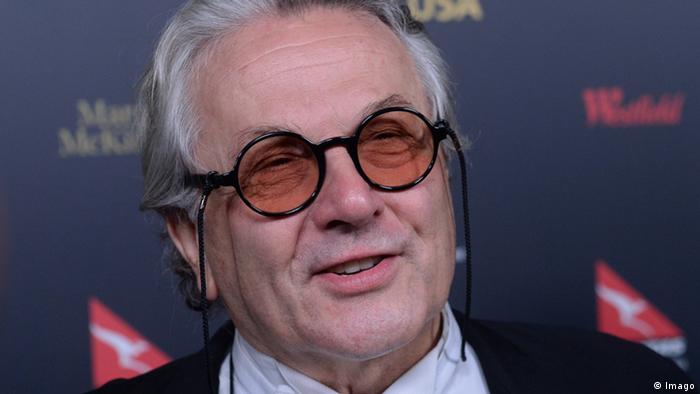 Miller is the first Australian to head the jury for the prestigious Cannes Film Festival, which takes place this year from May 11-22 in the French resort town on the Cote d'Azur. The festival culminates in the coveted Palme d'Or awards ceremony.

Originally trained as a doctor, Miller gave up a career in medicine to pursue film. The first "Mad Max" film, starring a young Mel Gibson, came out in 1979. Miller has said the road movies were inspired by his own childhood in the rural, car-obsessed region of Queensland in Australia, where he grew up as the son of Greek immigrants.

He directed additional "Mad Max" movies in 1981 and 1985, and his fourth sequel released in 2015 was another commercial and critical hit.

Another one of Miller's major hits came with "Witches of Eastwick" in 1987, starring Jack Nicholson, Cher and Susan Sarandon. Starting in the 90s, he dabbled with success in children's film, releasing the classic "Babe" in 1995 and "Babe: Pig in the City" in 1998.

He won an Oscar and a BAFTA for Best Animated Feature for "Happy Feet" in 2006. His most recent "Mad Max" picture, entitled "Mad Max: Fury Road," has obtained 10 nominations for the upcoming Oscars, making it the second most-nominated film after "The Revenant." This year's Academy Awards will be presented on February 28.

The ancestors of the "anti-immigrant" crusader Donald Trump come from a small village in western Germany. The documentary film "Kings of Kallstadt" explores the modest roots of the family's real estate empire. (01.02.2016)

The Screen Actors Guild showcased Hollywood's ethnic diversity during its annual awards ceremony. It was a sharp contrast to the much-criticized, all-white nominees for this year's Oscars. (31.01.2016)

"I've never seen a single tweet that I found interesting at all," German film director Werner Herzog told reporters at the Sundance Film Festival. He was there to present his new documentary about the Internet. (26.01.2016)