The ancestors of "anti-immigrant" crusader Donald Trump come from a small village in western Germany. The documentary film "Kings of Kallstadt" explores the modest roots of the family's real estate empire.

Construction work is currently blocking road access for cars. You have to walk the last stretch to reach the Trump house located at Freinsheimer Strasse 20 in Kallstadt, a small, wine-producing village in the south-western part of Germany, in the state of Rhineland-Palatinate.

The house at this address is a modest one, with a pale facade and tiny windows. This is the residence where Donald Trump's grandfather lived before he emigrated from Germany to the US and made his legendary fortune.

This little house and the Trump Tower on Fifth Avenue in New York City are worlds apart, but they briefly collide in the documentary film "Kings of Kallstadt," directed by Simone Wendel. 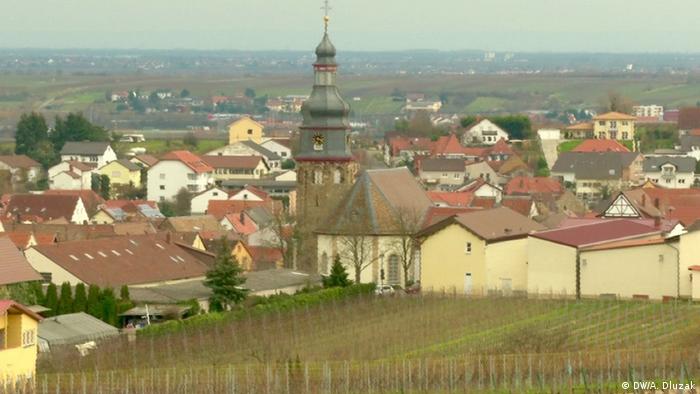 Kallstadt is known for producing wine

Frederick Trump immigrated to the US in 1885

The filmmaker, also born in Kallstadt, meets Donald Trump in his New York office and shows him a picture of his ancestor's house. "Beautiful," he says, which sounds a bit exaggerated, considering how modest the building is.

The film director remembers that Trump was a bit reserved at the beginning of their conversation, but he warmed up as they further discussed his grandfather - a topic he didn't get to talk about very often. 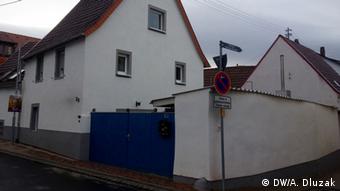 The former house of the Trump family in Kallstadt

Trump's grandfather, Frederick Trump, left Kallstadt for the United States in 1885. From New York he headed off to the Yukon, in north-western Canada, following the Klondike Gold Rush.

Today, Frederick Trump would probably be defined as an economic refugee - and his grandson Donald does not hesitate to use a belligerent tone against this category of people in his presidential election campaign.

This attitude doesn't make him very popular in Kallstadt. Just ask around in the village's meeting places, for example at the counter of the butcher Appel, where a big poster advertises "Pig's Stomach Paradise." Trump's polemical statements against refugees are "impossible; after all, his father was one too," says Edelhard Kellermann.

The villagers used to have a better opinion of Donald Trump, before he started his boisterous campaign, as the interviews Simone Wendel led with German relatives of the Trump family a few years ago for her film "Kings of Kallstadt" reveal.

Donald Trump seems to have inherited at least one typical characteristic attributed to the people of Kallstadt: In the region, they are nicknamed the "Brulljesmacher," regional dialect for "bragger."

Donald's grandfather didn't go digging for gold himself. One of his relatives explains in the film that he was too weak for that type of work. He rather opened a restaurant for the miners and they paid him with their gold. Frederick Trump sent the gold nuggets to New York to his wife, Elisabeth.

She bought land with the gold, and that would serve as the foundation of the Trumps' real estate empire. 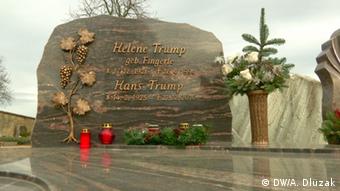 Trump is not the only millionaire with roots in Kallstadt. The family of the founder of the ketchup dynasty Heinz also came from the same village.

In her film, Wendel asks why these two exceptionally successful businessmen came from Kallstadt and creates a wonderfully bizarre portrait of her home town.

Since the film's release in 2014, Kallstadt has become famous. Journalists keep showing up at the doors of Donald Trump's German relatives. A TV crew from Japan was also at the "Pig's Stomach Paradise." Trump also promised in the film that should he go to Germany, he would also drop by Kallstadt and visit the house where his grandfather once lived.

After eight years of Obama many Americans are frustrated and have, in a kind of cynical defiance, begun to rally around outsiders. This makes Donald Trump a perfect candidate to win the Iowa caucus, argues Ines Pohl. (01.02.2016)

British lawmakers have revealed their distaste for the US politician in a three-hour debate which was held following a petition calling for a ban on his entering the UK. The debate ended without a vote. (18.01.2016)

US Republican front-runner Donald Trump has unveiled the first TV commercial for his presidential campaign. The ad has sparked controversy by including footage of illegal migrants - filmed in Morocco, not Mexico. (05.01.2016)