Macri to take Argentina in a new, neoliberal direction

Mauricio Macri is sending out clear signals even before his official inauguration. He's installed a cabinet of bankers and managers and plans to return the country to a free market economy after 12 years of isolation. 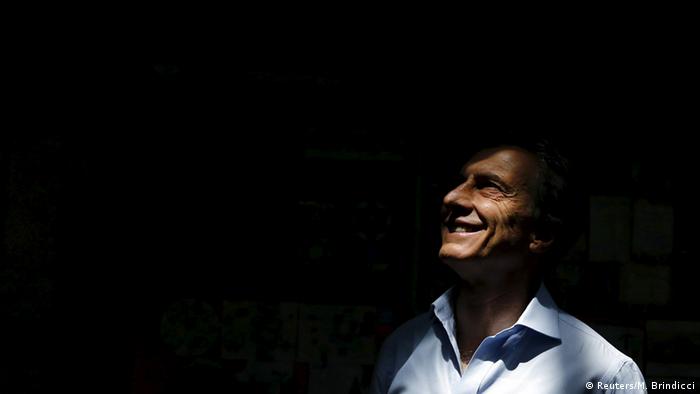 With the help of his new cabinet, Argentina's incoming president, Mauricio Macri, wants to lead his country out of its economic crisis. "We will experience the start of a new era," Economy Minister-designate Alfonso Prat-Gay told reporters. "The tyranny of authoritarian populism is over."

Prat-Gay is the former president of the Central Bank of Argentina. He is very familiar with not only the Argentine banking sector, but also the US financial industry. Now 50 years old, the economist had worked as a director of strategy at the US bank JP Morgan in the 1990s. His message should please international financial markets, but it will send a shudder down the spines of the many people who still support the former president, Cristina Fernandez de Kirchner.

The economist's coziness with the US financial industry may prove useful in the coming months. After all, Argentina's standoff with US hedge funds - "vulture funds," as Fernandez had called them - has still not been resolved. Since Argentina declared technical insolvency in July 2014, the country has essentially been denied access to international capital markets.

Spanish Foreign Minister Jose Manuel Garcia-Margallo celebrated the right-wing victory in Argentina as if it were his own. Just one week after Macri won the November 22 runoff election, Garcia-Margallo traveled to Buenos Aires to congratulate his political ally in person.

The significance of this gesture is only really apparent when we consider that no Spanish foreign minister has traveled to Buenos Aires on official business since 2007, though more than 400,000 Spanish citizens live in Argentina and Spain is the country's second-biggest foreign investor - to the tune of $13 billion (12 billion euros).

The transition to Macri's "new era" officially begins with his inauguration on Thursday, but it will probably not be totally smooth. Fernandez ran Argentina from 2007 to 2015, and her husband, the now-deceased Nestor Kirchner, was in power from 2003 to 2007. The pair have left behind a hugely burdensome economic legacy: annual inflation rates of over 20 percent, mounting national debt and economic stagnation. Economic recovery is so important to Macri that he has tasked no less than six ministers with it: the ministers for finance, energy, modernization, agriculture, commerce and production. The posts have been assigned to business leaders and people the president knows and trusts. 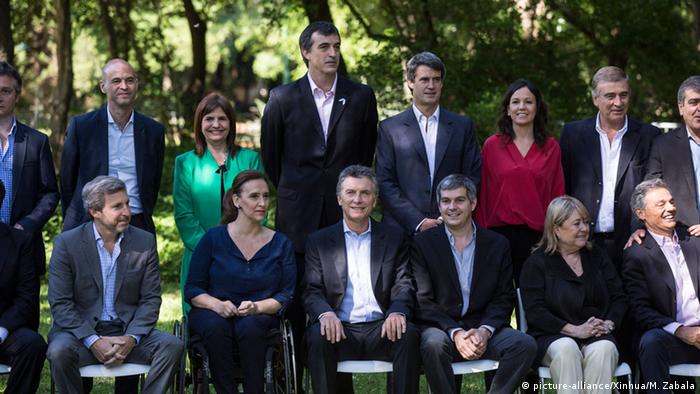 Macri with his cabinet

Macri has brought in Juan Jose Aranguren, the former chief executive of Shell Argentina, as energy minister. He has named the former chief economist of the oil company YPF to head the central bank. Macri's long-standing comrade-in-arms Andres Ibarra has been promoted to modernization minister. Ibarra also has a proven track record as a manager: When Macri was elected president of the famous Argentine sport association Atletico Boca Juniors, it was Ibarra whom he brought in to turn the club around.

Another example of Macri's taking the bull by the horns before even assuming office is his recent visit to neighboring Brazil. At the beginning of December, in a joint declaration with Brazilian President Dilma Rousseff, he pledged to revive negotiations toward a free trade agreement between the South American market Mercosur and the European Union. This was something that Fernandez had deliberately obstructed during her time in office. She was afraid that a free trade agreement between the two economic blocs would mean a sell-off of Argentina's economy.

Many Argentines share this anxiety. They fear a return to the neoliberal politics of 1990s Economy Minister Domingo Cavallo. It was under his leadership that the country was forced to declare bankruptcy in 2001.

Argentina's collapse is burned into the collective memory. It is the reason why Sergio Arelovich, an economist at the National University of Rosario, is critical of the tremendous trust that has been placed in Macri's government before it even takes office. He said the vague announcements about dismantling foreign exchange controls and cutting subsidies and customs duties have resulted in nothing but rumors and confusion. "The only thing we know for certain is that Mauricio Marci has been elected president," Arelovich wrote in a lead article for the Argentine newspaper Pagina 12. "Everything else is speculation."