Macedonia to block Roma from EU | Europe| News and current affairs from around the continent | DW | 08.04.2012

Macedonia plans to punish Roma who seek to apply for asylum in the EU. Behind this curb on freedom of travel are warnings from Brussels threatening Skopje's EU aspirations. 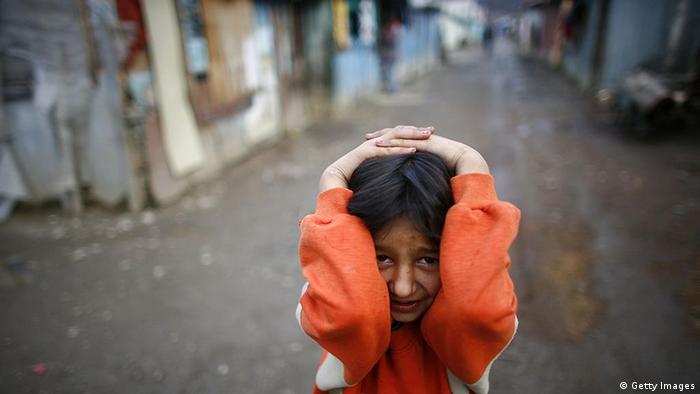 Since December 2009, citizens of Serbia and Macedonia no longer need a visa to travel to the European Union. Many Roma from those countries see this as a chance for a better life in the West. The flow of Roma immigrants to the EU has been steadily on the rise and while many of them apply for asylum once in the EU, none has actually been recognized as a political refugee.

To stem this exodus of their Roma population, the government in Macedonia has now agreed no a package of measures. "It is intended to lower the number of those applying for asylum," Spiro Ristovski, Macedonian minister for labor and social policies said.

One of the measures planned is to block those from leaving the to country who already once tried to leave without proper documents. So called asylum abuse is to be crimialized. Whoever returns after having their asylum application turned down, will be registered on a central list which will be available to border control authorities. Those people too can then be blocked from leaving the country again. 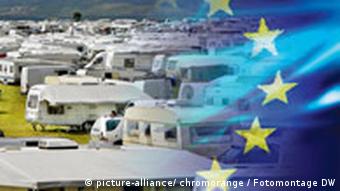 For many Roma, asylum for the EU means hope for a better life

In December 2011, EU interior ministers gave green light to an EU Commission proposal to halt the visa freedom for the two countries should the flow of asylum seekers get to strong. Macedonia therefore is concerned that the Roma leaving their country might jeopardize their freedom to travel to the EU.

The German organization Pro-Asyl has now strongly condemned the measures planned in Skopje. But the group also points out that it in fact it was Brussels' demands that have led to Macedonia blocking the freedom of travel for Roma. For the government in Skopje there currently is no other way to stop potential asylum applicants from travelling to the EU. Yet Brussels insists that the number of applicants to go down.

"I think it's incredible to hinder people from moving around," says Silke Maier-Witt of the group Forum Ziviler Friendensdienst. She currently works in Skopje on several projects aimed at integrating Roma and other ethinic minorities. "It's been a tradition for a long time here on the Balkans: if you needed money, you went to the West to work there. What are those people otherwise to do if they don't see any perspectives here?"

Maier-Witt has herself witnessed how difficult life is for the Roma in Skopje. "You see the whole family driving through the city on a horse carriage, collecting empty plastic bottles. In the end they don't get more than a euro for a large pile of bottles." 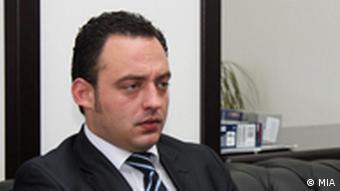 For people who are that poor, even a hopeless asylum application is a perspective. According to a study by the European Stability Initiative think thank, a family of four applying for asylum in Germany, Belgium or Sweden will get around 700 euros a month as well as free medical care. This is much more than a poor Roma family in Macedonia would ever dream of back in their home country. The study shows that in Germany for instance, authorities take up to seven months to process an asylum application. For the Roma family this means that at least for that time they have a roof over their head and enough to eat.

Roma from Macedonia are not granted asylum in any of the EU's member states as they are not politically persecuted in their home country. Members of the Roma community are in the Macedonian parliament. The parliamentary commission that decided on the controversial measures also had a Roma member. He plans campaigns to inform the Roma community how hopeless it is to apply for asylum in the European Union.

Yet the fact that Roma are represented in parliament does not protect them from discrimination in everyday live, says Martin Stockman of the Caritas charity organization who for 15 years has been running projects to help the Roma in Macedonia. This discrimination takes various forms, he says. "People are not simply discriminated against because of the color of their skin or their ethnic background but most of all because of their social situation," he explains. Those factors are often linked. "If you look closely it is often to simplistic to see discrimination simply along ethnic lines."

Stockmann says that blocking Roma from travelling to the EU is an infringement of their basic rights. "We here see a conflict between the individual freedoms of each citizen and the attempt by Macedonia to come closer to qualifying for EU membership."

Persecution of Roma continues in Germany