Macedonia reels over evidence of Orwellian surveillance | Europe | News and current affairs from around the continent | DW | 27.02.2015 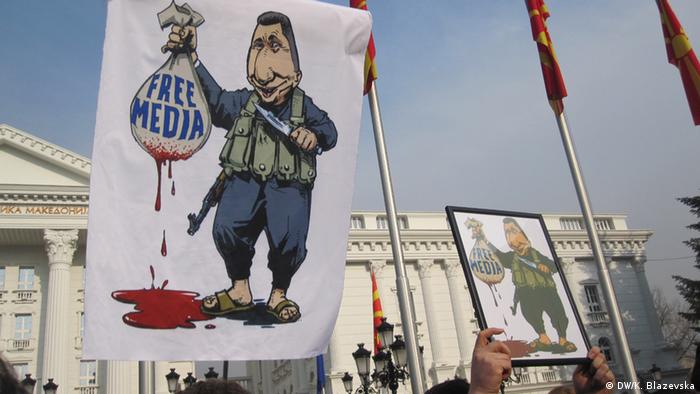 Prime Minister Gruevski's handling of journalists has come into focus, and mobilized satirists

A large group of journalists gathered this week at the headquarters of the biggest opposition party in Macedonian capital Skopje. They were personally invited to pick up folders and documents - filled with transcripts of their telephone conversations over the past couple of years.

"Over a hundred Macedonian journalists were wiretapped in the past years," opposition Social Democrat (SDSM) leader Zoran Zaev announced at minutes later. "These conversations show the link between the prime minister, the secret police and the media." 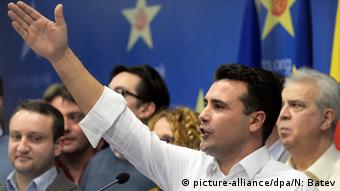 Zoran Zaev, accused of attempting a coup, says disgruntled security staff leaked the information to him

The journalists' phone transcripts were the fourth batch of such material released by Zaev's SDSM this year. The opposition leader claims there is evidence that over 20,000 people were wiretapped as part of a system of media surveillance implemented by the prime minister, Nikola Gruevski, his cousin, the secret service chief, Saso Mijalkov, and a few other close associates.

"This violation of privacy directly affects press freedom in Macedonia, fueling a climate of fear and self-censorship", said Mogens Blicher Bjerregard, president of the European Federation of Journalists this week. After the disclosure, Macedonia's Association of Journalists called for resignations from the PM Gruevski, Mijalkov and the Interior Minister Gordana Jankulovska.

The Macedonian government has not denied the existence or the authenticity of the wiretaps. Instead, it has responded with a counter claim: Conservative Prime Minister Gruevski alleges that the wire-tapping was ordered by an unidentified "foreign intelligence service" in collaboration with the country's former secret service chief, who is in custody with five intelligence service officials charged by police with espionage. Gruevski on Wednesday said that opposition leader Zaev was "just an instrument" in the case, saying "the game is big, too big for him."

Police charged Zaev with preparing a coup and prevented him from leaving the country, but did not arrest him.

Zaev, meanwhile, says that he received the wiretaps from "patriots" working for Macedonia's secret service, who "couldn't take it anymore." 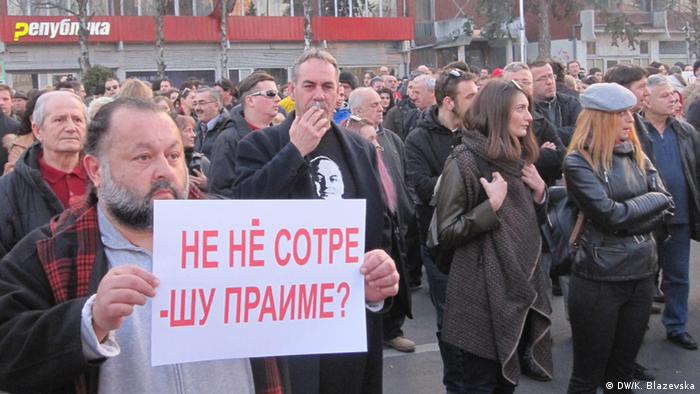 This protester's message to Gruevski: 'You did not destroy us - what do we do now?'

Speaking during a nation-wide televised press-conference on Wednesday, Gruevski read aloud from police reports and parts of the indictment, declaring that all suspects would face justice. Asked by a reporter why was he taking the role of both the police and the state prosecutor by announcing such actions he replied: "Because I decided that way." 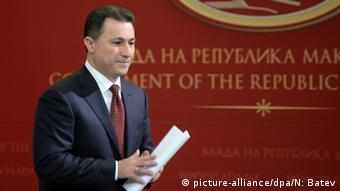 Prime Minister Gruevski and his VMRO-DPMNE party has been in power since 2006, has often been accused by the opposition of authoritarian rule. In the past eight years various international organizations have reported a sharp decline in Macedonia's democratic standards and the freedom of the press. As Florian Bieber, Professor of Southeast European Studies at the University of Graz, Austria, recently told DW, the latest developments in Macedonia are "part of an increasing move towards authoritarianism."

"I see the roots in the authoritarian regime of Gruevski, who has systematically moved Macedonia away from democratic rules in the past nine years," says Bieber. 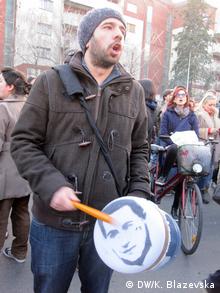 Skopje's been turning away from Brussels in recent years, but not without dissent

Since 2008, Gruevski's government has practically abandoned the pro-EU course, instead promoting nationalistic sentiments and flexing its muscle against anyone in the country holding a different opinion. Opposition party officials have been jailed, while critical media have been marginalized, or simply shut down. As the former EU ambassador in the country, Erwan Fuere, wrote in his opinion peace for the regional news site Balkan Insight: "The ruling party does not tolerate any minority or dissenting views, and uses fear and intimidation to exercise its repressive authority over society."

The reactions from the EU and Western government officials have until now been mild. However, since the emergence of the wiretapping scandal their behavior is changing. European Commission President Jean-Claude Juncker on Monday canceled a previously-arranged meeting with Gruevski, while EU Enlargement Commissioner Johannes Hahn expressed "serious concern" over political developments in Macedonia. Media reports quoted an anonymous source at the US Embassy in Skopje, suggesting possible US plans to restrict visas and freeze the assets of Macedonian "human rights abusers" in a fresh blow to Gruevski's government.

Details from the wiretaps published by the opposition Social Democrats suggest that a tight circle of top officials influenced everything in society from media coverage to the appointment of judges. In one of the conversations, purportedly between the secret service chief Mijalkov and the editor Macedonia's largest TV station, the two men coordinate on media coverage of the arrest of an opposition politician, former Interior Minister Ljube Boskoski, after the elections in 2011.

"I told you I was going to start arresting people from Monday [June 6, 2011]," Mijalkov tells the journalist and adds that Boskoski will get eight years in prison. Boskoski was later sentenced to seven years.

In another conversation, Mijalkov then asks the owner of another TV station not to blur the footage of Boskoski's arrest, in order to "show him laying on the floor like a bull" and to humiliate him.

'That's great, but we have to make a list'

In another leaked conversation, Interior Minister Gordana Jankulovska and Gruevski's chief of staff, Martin Protuger, allegedly contemplate "cleansing" the state administration of opposition members. After Protuger informs Jankulovska that he is planning to "destroy" Boskoski's party, she replies: "That's great, but we have to make a list, Martin. We have to annihilate them all." 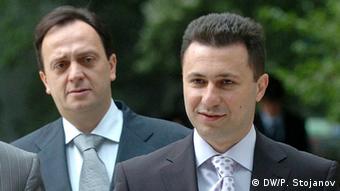 Other conversations published earlier appear to show how the government routinely interferes with the judiciary.

The political situation in Macedonia has been unstable since the parliamentary elections held in April 2014. Opposition Social Democrats have been boycotting parliament, saying that the elections were rigged by the ruling conservative VMRO-DPMNE. This, coupled with the wiretapping allegations, has plunged the country into its worst crisis since the ethnic conflict in 2001 that ended with a peace agreement to provide greater rights for ethnic Albanians.

"Back in 2001, only a part of Macedonia's citizenry did not trust the institutions. Today, no one trusts them. Our state is clinically dead, in a deep coma and needs a [fresh] impulse that must come from outside," Nazim Rashidi, a Macedonian-Albanian analyst, told DW.

As a long list of crises grows longer, Germany wants to make sure that the Balkans maintain economic and political stabilty and has invited their leaders to a summit in Berlin. Macedonia is a reminder of the pitfalls. (27.08.2014)

Despite accusations of corruption from the opposition, the country's center right party has once again emerged as the obvious winner of Macedonia's parliamentary and presidential elections. (28.04.2014)

There is "no alternative" to EU membership for North Macedonia, PM Zoran Zaev tells DW's Conflict Zone. But after 16 years of waiting and "too much trauma," can Skopje overcome the hurdles it faces to join the bloc?