Macedonia′s new coalition is hardly new | Europe | News and current affairs from around the continent | DW | 28.04.2014

Despite accusations of corruption from the opposition, the country's center right party has once again emerged as the obvious winner of Macedonia's parliamentary and presidential elections. 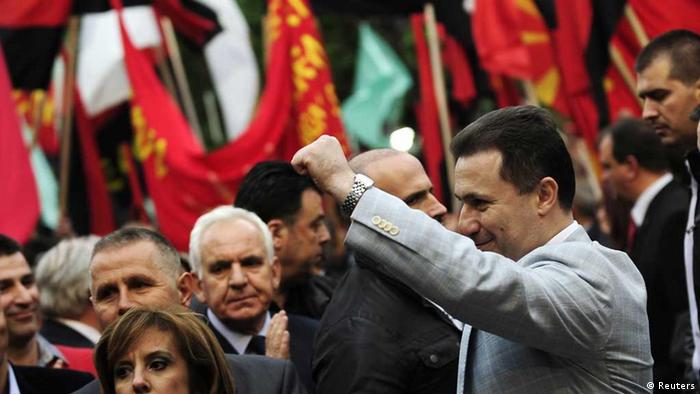 Current Prime Minister Nikola Gruevski from the center-right party VMRO-DPMNE is the real winner of Macedonia's parliamentary elections. Gruevski looks set to retain his position as prime minister and will also continue to head the 24-party coalition. Some of the parties in the coalition have a few members and only received several thousand votes, but Gruevski's party won 43 percent of the vote.

That means that VMRO-DPMNE will hold 61 percent of the 123 seats in the new parliament - five more than after the last election. But Gruevski didn't meet his goal of reaching an absolute majority for his party, and will have to hold coalition talks with VMRO-DPMNE's current coalition partner, the Albanian party DUI (Democratic Union for Integration). 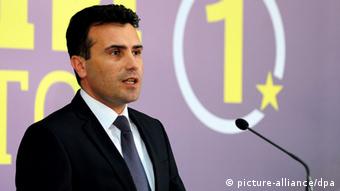 Zoran Zaev, the leader of the social democrats, has refused to accept defeat

Even though the original reason for the early parliamentary elections was a dispute between the coalition partners after DUI suggested that the presidential candidate should be chosen by consensus, there are plenty of reasons in favor of their continuing the coalition.

It has now become established practice in Macedonia for one of the two ethnically Albanian Macedonian parties to join the government, even if the election winner has an absolute majority. And in these elections, DUI has confirmed its leading position among the Macedonian Albanians and has won four more seats in parliament.

The social democratic party SDSM was the biggest loser in the elections. According to preliminary results, SDSM only received 25 percent of the vote, leaving it with 34 seats in parliament instead of its current 42.

Almost immediately after polling stations closed, the party's leader Zoran Zaev declared that the SDSM wouldn't recognize the entire electoral process, including the second round of the presidential elections, which took part at the same time as the parliamentary elections. The social democrats have now called for the establishment of a "a government of technocrats" that will conduct new parliamentary and presidential elections.

The social democrats have accused the government of abusing their power to achieve the current election results. On Sunday (27.04.2014) Zaev accused VMRO-DPMNE on Macedonian television of systematically controlling citizens and voters during the election process. He said that the elections had been "unfair and non-democratic" and that the government had brazenly usurped the constitutionally guaranteed rights of Macedonian citizens to freely express their will.

The victors celebrate their victory 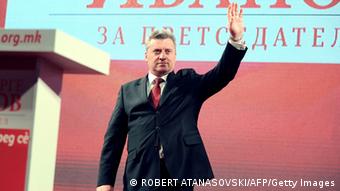 "This is a big, huge and strong victory. The people have clearly expressed their will," said current and future head of government Nikola Gruevski after the initial results were announced. Gruevski told cheering supporters on Sunday evening that "tireless work and the keeping of promises" were decisive for the election results.

After it was announced that current President Gjorge Ivanov had beaten his Social Democrat opponent Stevo Pendarovski in a runoff election and that Ivanov would remain president for the next five years, VMRO-DPMNE supporters began celebrating a double victory with motorcades and fireworks in the capital Skopje and other cities.

The VMRO-DPMNE has governed Macedonia since 2006. This time the party focused its election campaign on the economy and promised to implement over 2,000 economic projects in the next four years. The allegations of corruption raised by the social democrats against Gruevski in the final days before the election clearly didn't damage the prime minister or his party.

The small Balkan nation of Macedonia is due to elect a new president and parliament this month. Its new leaders will face a country plagued by political polarization, restricted press freedom and a poor economy. (13.04.2014)

Macedonians have voted in a snap parliamentary election, which also sees a new president on the ballot. The tandem poll was expected to bolster the position of the ruling conservatives. (27.04.2014)