The Chinese emerged victorious after an enthralling duel with compatriot Fan Zhendong. The final in Dusseldorf went down to a decisive seventh game with the champion prevailing 12-10. 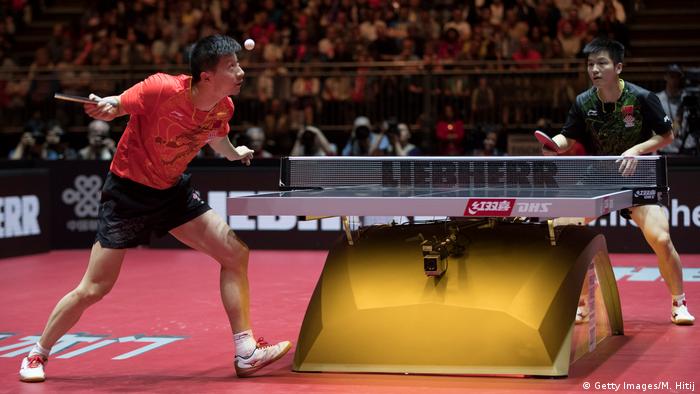 Ma Long was pushed all the way by fellow Chinese Fan Zhendong as spectators in Dusseldorf were treated to a table tennis masterclass from both players.

The loser could at least console himself with being crowned men's doubles champion on Sunday alongside Xu Xin.

China's dominance of table tennis shows no signs of abating but there was one negative in Dusseldorf.

Pingpong great Kong Linghui has been suspended as coach of the national women's team following a lawsuit over his alleged casino debt. The Olympic champion was ordered home from Germany.

Organizers of the table tennis worlds have slammed German politicians after no big name visited the week-long tournament.