After a ten-year lull, M23 rebels in eastern DR Congo have attacked Congolese soldiers. As a result, tens of thousands of people have fled to neighboring Uganda, fearing renewed violence. 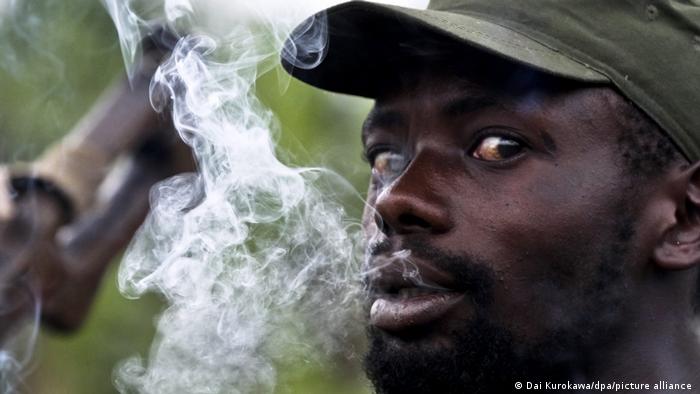 Eastern DRC is rife with scores of rebel groups

Renewed clashes erupted on Wednesday in the troubled east of the Democratic Republic of the Congo (DRC) between government troops and the M23 rebel group, according to local sources.

For nearly a decade, a brittle ceasefire was kept by what was once the strongest rebel group in eastern DRC — until the end of last month.

On March 28, fighters from the M23 rebel group attacked Congolese army positions in Rutshuru near the border with Uganda and Rwanda.

"People fled their homes. They are fleeing the violence from the area where the rebels attacked the DRC forces and are moving to Uganda," Wema Ndagije, a local civil society representative, told DW.

Simon, a father of six, is one of the refugees. "We left our houses when we saw that the rebels were not far away. Bullets were flying, so we came here," he said.

Above all, he is troubled by the lack of support. "So far, no one has helped us. We suffer because we don't even have huts, and when it rains, we don't know what to do." 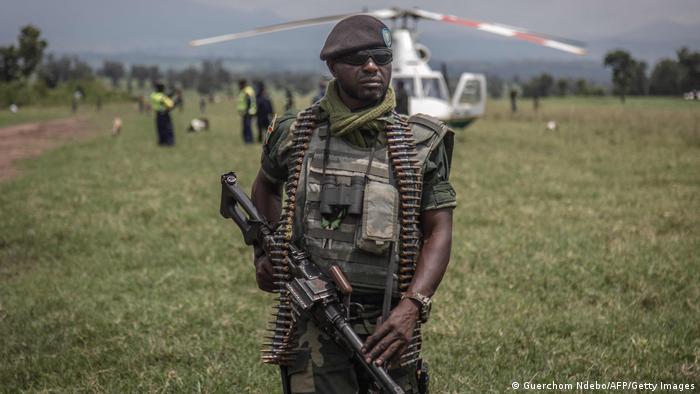 According to the UN refugee agency, tens of thousands of people fled Bunagana — an area just under 90 kilometers (56 miles) from the provincial capital of Goma — to Uganda's southwestern district of Kisoro. The Congolese army confirmed the attacks and accused Rwandan soldiers of aiding M23 rebels.

The Rwandan government and the M23 rejected the allegation. "The M23 is a Congolese politico-military movement and does not receive support from any neighboring country, near or far," Willy Ngoma, spokesperson for the M23, told DW.

The rebel group said it was seeking dialogue with the government and had withdrawn its troops from the combat zone.

The M23 was formed by former members of a Tutsi militia group known as the National Congress for the Defense of the People (CNDP). Rwanda and Uganda once supported it.

Its fighters were later incorporated into the Congolese army as part of a peace agreement signed on March 23, 2009.

However, they rebelled in 2012, claiming that the agreement had not been upheld, and renamed their group the March 23 (M23) Movement. 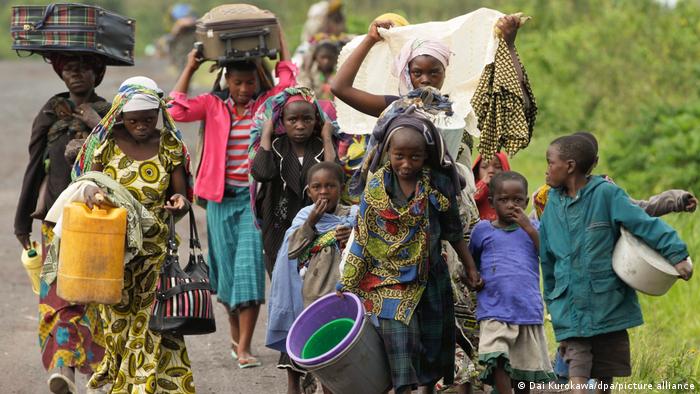 No progress in disarmament

The M23 revolt peaked in 2012 and 2013 when it captured large parts of North Kivu province in eastern DRC. The M23, one of the many armed rebel groups roaming eastern DR Congo, briefly seized Goma before being defeated and driven out of the country by Congolese troops backed by UN peacekeepers (MONUSCO).

Following its defeat, the M23 signed an agreement with Kinshasa that included provisions for its fighters' reintegration into civilian society.

However, the group has accused the government of breaching the agreement once more, and fighting resumed last year.

Since then, there have been regional efforts at dialogue and disarmament, says Alex Vines of the British think tank Chatham House. However, he noted that M23 leaders have repeatedly complained about the slow implementation of the agreements.

"They want a disarmament and demobilization process, and that doesn't seem to be in sight," Vines told DW.

The fighting between the rebels and the army is a sign of how unstable the region in eastern Congo still is. Even before the recent attacks, clashes were taking place.

More than 20 soldiers were killed in January in Nyesisi, near the Virunga National Park, a UNESCO-designated world heritage site home to endangered mountain gorillas, the AFP reported.

On March 28, the M23 launched an attack on army positions in Rutshuru from their strongholds in the high hills. 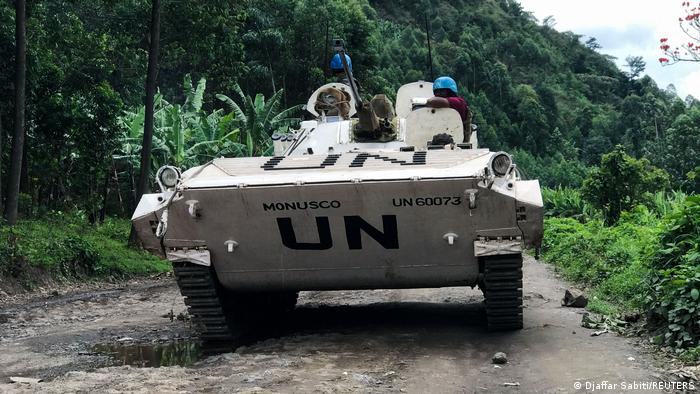 UN peacekeepers have been battling rebels in the region for years

According to Vines, UN investigators have on several occasions established that Rwanda and Uganda also supported the M23.

"Our country is under attack. Rwanda is attacking us. There's no denying that anymore," an angry MP in Kinshasa said of the fighting last week.

According to UN figures, at least 2,300 civilians have already died due to the fighting in eastern Congo this year alone. In addition, a UN helicopter crash killed six people in late March.

Congolese authorities accuse the M23 of shooting down the helicopter, but the rebels say they were not responsible. Nevertheless, authorities have launched an investigation into the deadly incident. 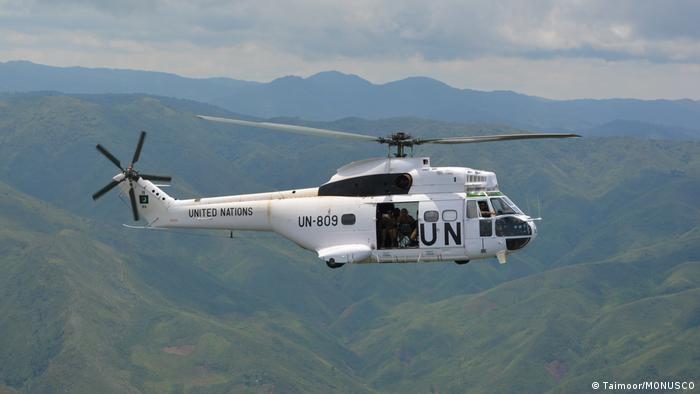 Political rivalries seem to be simmering in the tri-border area between DRC, Uganda, and Rwanda.

Uganda also accuses Rwanda of supporting the M23 to destabilize the country.

Onesphore Sematumba of the International Crisis Group (ICG) said the recent M23 attack was not a coincidence. The attack on the town of Bunagana on the border with Uganda took place when materials were to be provided for the construction of new roads between Congo and Uganda.

"However, these routes practically run along the Rwandan border. Therefore, it is inconceivable that Rwanda would accept that the Ugandan army secures this section," Sematumba told DW. He said, likely, Kigali is practically using its heavily armed enemy to help.