Lyft and GM robot taxis on the way

Taxi service Lyft and carmaker General Motors have announced a new partnership to develop self-driving taxis. Lyft, a competitor to Uber, has raised $1 billion in new investment - half of it from GM. 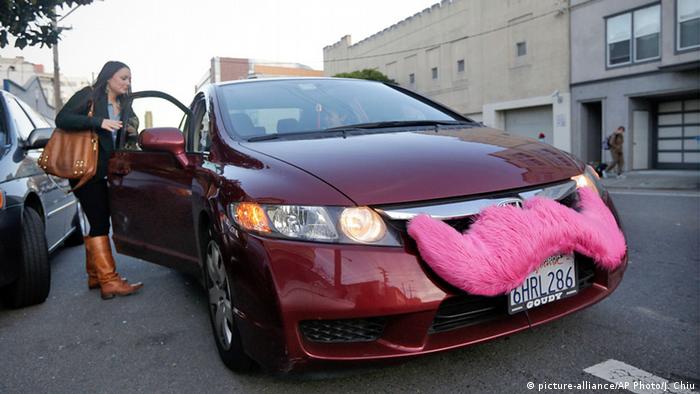 GM said it would invest $500 million (462 million euros) in ride-service startup Lyft, as part of the latter's latest $1 billion fund-raising round. Lyft was founded in 2012 as a unit of Zimride, an inter-city ride-sharing service similar to Europe's Blablacar. Zimride was founded in 2007 by American entrepreneurs John Zimmer and Logan Green. Lyft, like its bigger rival Uber, is a company that connects people looking for a taxi with ordinary car-drivers, as distinct from taxis driven by professional taxis drivers.

GM's investment in Lyft is one of its biggest investments in another company, and points to the seriousness with which America's biggest carmaker sees the emerging trend toward robot-driven vehicles. The two companies both believe the great transition from cars-with-drivers to autonomous vehicles will be in full swing within just a few years - and they both expect it to begin with self-driving taxis.

"We had a really common view of the future," said GM President Dan Ammann in an interview with Reuters. Ammann will join Lyft's board of directors as part of the deal. "We think our business [car-making] and personal mobility will change more in the next five years than the last 50."

The partnership between the two companies will combine GM's work on autonomous vehicles development with Lyft's software, which automatically matches available drivers and passengers, routing and payments.

Lyft's and Uber's drivers, as well as regular taxi drivers, need to start thinking about finding some other source of income in the medium term. They'll be surplus to requirements. For now, though, GM and Lyft are offering Lyft drivers a new opportunity - they'll be offered short-term rentals of GM cars.

GM and Lyft didn't give a time-line for when they expect autonomous vehicles to become widely available as part of Lyft's service. That makes sense, since the need for further technological developments and the uncertainty of how much time it will take to overcome regulatory hurdles make the timing of the transition to self-driving cars in general, and robot taxis in particular, uncertain.

Plutocrats will own the future too

Lyft said the latest funding round valued the company at $5.5 billion. Lyft has raised $2 billion since August 2013.

"Lyft has built a strong business with fast growth, and we believe in their long-term success," Alwaleed was quoted as saying in a press release. His company is a major investor in a variety of US technology companies.

Uber, Lyft's biggest competitor, is also working on self-driving cars. In service of that effort has reportedly recruited numerous robotics researchers from Carnegie Mellon University as well buying Microsoft's map-generating business. It won't face a shortage of money for research and development: Uber is reportedly in the midst of a $2.1 billion funding round that would value it at $64.6 billion.

The list of major companies investing in self-driving cars is getting ever longer. Toyota unveiled a major research push as well, this past November. Google, Apple, Ford, and various German carmakers are making similar efforts.

Brussels will propose a law on setting up a "green pass" scheme for vaccination certification. However, it says, all member states would need to be on board.