LuxLeaks, law and justice all part of tax scandal trial in Luxembourg | Europe | News and current affairs from around the continent | DW | 28.06.2016

LuxLeaks, law and justice all part of tax scandal trial in Luxembourg

Should one remain silent when injustice takes place legally? In 2012, three men spoke up and brought an enormous tax scandal to light. Now they are on trial for doing so. A verdict will be handed down Wednesday. 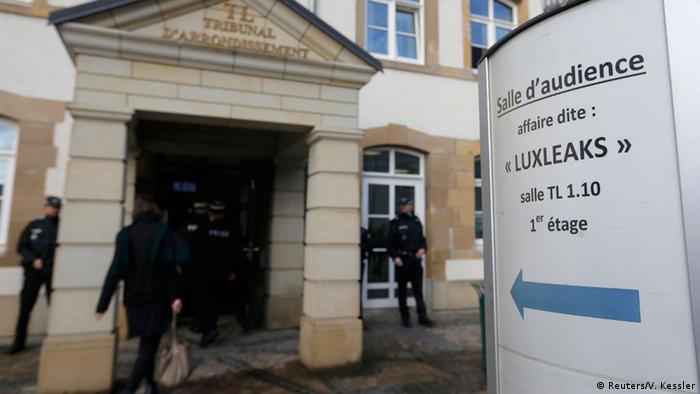 Luxembourg is a place of discretion. Business deals are completed quietly here. But things will be unusually loud in the grand duchy's courthouse this Wednesday, June 29. Because when the verdict in the LuxLeaks trial is handed down, after eight days of courtroom proceedings, demonstrators will be on hand. From Epinal, for instance, just 200 kilometers (125 miles) away. Epinal is the hometown of the trial's main defendant, Antoine Deltour. From there alone, some 100 supporters are expected to arrive by bus. One of those on the bus will be the defendant's brother. Speaking with Deutsche Welle, Romain Deltour pointed to the enormous support that his whistleblower brother Antoine has gotten: "More than 200,000 people have signed a petition for him. And we have collected donations to pay for his legal fees."

For those supporters, the former PriceWaterhouseCoopers employee is a hero. Ultimately, Deltour acted in the public interest when he and his former colleague Raphael Halet forwarded 28,000 pages of internal documents to journalist Edouard Perrin. 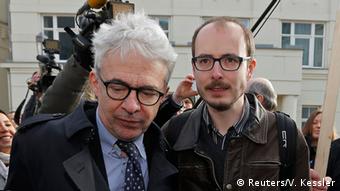 Former PwC employee Antoine Deltour (r.) is a hero for some and a villain for others

Yet it is not soft drink maker Pepsi, furniture manufacturer Ikea, energy provider EON, technology giant Apple, ketchup pioneer Heinz nor any of the other aggressive tax avoiders that are on trial here.

Neither are any of the politicians that promoted such activities for decades. And tax official Marius Kohl has just as little to fear, although the bulk of these transactions were processed at his desk.

Instead, it has been whistleblowers Deltour and Halet, as well as journalist Perrin that have been on trial here since the end of April. They are charged with theft, illegally accessing a computer database and passing on trade secrets, as well as aiding and abetting those acts. The prosecution has asked for 18-month jail sentences for the whistleblowers and a fine for journalist Perrin.

"Whistleblower protection in Luxembourg is limited to instances of corruption as a criminal offense," explained Transparency International's Anja Osterhaus speaking to DW. Further, informants are not protected when they make information public. Still, Osterhaus sees a certain amount of latitude for the trial judges. They could base their decision on other principles, "for instance, expanded definitions put forth by the Council of Europe or the European Court of Justice. Thus they could very well grant immunity from punishment," hopes Osterhaus. 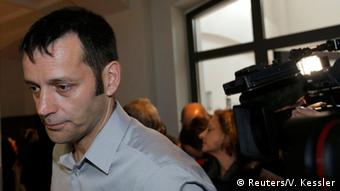 Journalist Eduard Perrin is on trial for publishing the passed secrets

During the trial, European parliamentarian Sven Giegold was a defense witness. He says he cannot imagine that Deltour and Halet will actually be sentenced to jail. "They would then become political prisoners because they stood up for tax justice," Giegold said in a DW interview.

But the Green party politician sees the threat of a fine so large that it would ruin Deltour. "That would be an insufferable scandal," says Giegold, who is calling for Europe-wide and legally binding whistleblower protection. "Naturally, we also need legal protection for journalists. They cannot be prosecuted for doing their job," he adds, in reference to Perrin. Tax-expert Giegold also emphasizes that the actions of the whistleblowers have been valuable. "Without Deltour and Halet we would still have the Tax Rulings. They are still in place today, but as of next year such transactions must be shared with all affected financial authorities."

Giegold, nonetheless, says that there is evidence that financial authorities are making verbal agreements to ensure preferential tax treatment in Luxembourg. Should such a practice become widely accepted, EU measures to counter tax avoidance would prove futile. "Verbal agreements with financial authorities must be done away with entirely, throughout the whole of Europe," demands Giegold. 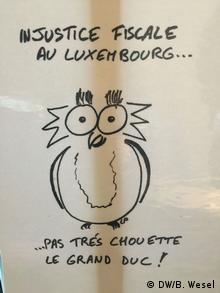 The poster reads: Fiscal injustice in Luxembourg - not very wise of the Grand Duke

Luxembourg - like many other tax havens - has, over the years, exhibited a great amount of imagination in creating and exploiting legal loopholes. In the process, tiny Luxembourg, with only 500,000 residents, has become an exceedingly wealthy country: The grand duchy's per capita gross domestic product is the third highest in the world, only slightly behind Liechtenstein and Malta.

Half a century ago the sector was rather unimportant. But today, Luxembourg is the second largest investment center in the world, only the USA is larger. Some 3 trillion euros ($3.3 trillion) are managed here. The main reason for this ascent: extremely lucrative tax laws - and a financial authority that is very accommodating to international corporations.

The LuxLeaks papers clearly illustrate that Luxembourg's most important export product is tax avoidance. That is why French economics researcher Gabriel Zucman says that Luxembourg is "the center of European tax evasion." Zucman, who has lectured at the London School of Economics since 2014, describes the grand duchy as an "economic colony of the international financial industry." When one delves into LuxLeaks and reads that sometimes tax official Marius Kohl would sign-off on as many as 54 secret Tax Rulings a day, it is indeed hard to avoid getting that impression.

A month before the verdict is due in the LuxLeaks trial, the prosecution has laid out its case for jail time for the whistleblowers. Critics say the case has let corporations who avoided paying taxes off the hook. (10.05.2016)

The discovery of tax avoidance practices among multinational corporations in Luxembourg led to an EU-wide scandal in 2014. Now, whistleblower Antoine Deltour and two accomplices are on trial. (26.04.2016)

Europe's top competition watchdog could be looking to take a big bite out of the world's largest fast-food chain as it launches a full-blown investigation into McDonald's dubious tax dealings with Luxembourg. (03.12.2015)

Starbucks and Fiat face huge tax repayments when the EU issues a landmark decision this week on tax avoidance by multinationals. The case will set a precedent designed to curtail practices used to limit tax bills. (20.10.2015)