Luxembourg gets serious about space mining | Business | Economy and finance news from a German perspective | DW | 11.11.2016

Luxembourg gets serious about space mining

Luxembourg has adopted a draft law to provide legal security to companies aiming to mine extraterrestrial resources. It's the first European country to do so as firms jockey for the best start position. 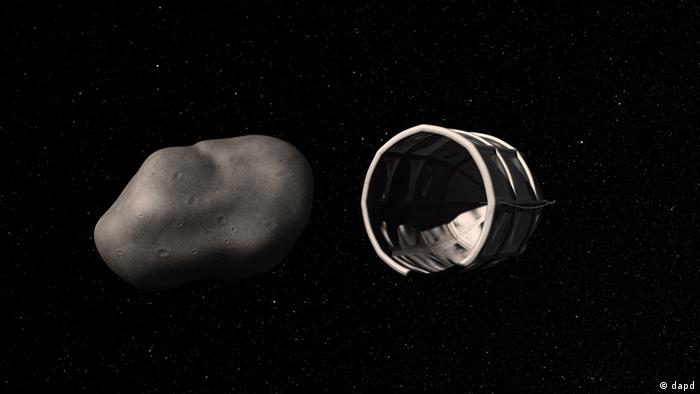 The government of Luxembourg on Friday adopted a draft law giving private operators working in space confidence about their rights to the extraterrestrial resources they may extract in the future.

Luxembourg thus became the first European nation to provide legal certainty as to the ownership of minerals, water and other space resources identified in particular on various asteroids.

"The legal framework we put in place is perfectly in line with the Outer Space Treaty, meaning that our law does not suggest to either establish or imply in any way sovereignty over a territory or over a celestial body," Economy Minister Etienne Schneider said in a press release.

A business worth billions

Schneider said the law was due to come into effect in early 2017 and was meant to protect future outer space investments worth billions of dollars.

Two US enterprises, Deep Space Industries (DSI) and Planetary Resources (PR), already have their European headquarters in Luxembourg, with the tiny EU country just having become a shareholder in PR and 20 other nations also putting out their feelers.

The Luxembourg-initiated Space Resources initiative wants to foster the future mining of materials from near-Earth objects, including minerals and rare earths. Such mining activities in outer space are primarily meant to enable a new kind of space industry whereby spaceships are to use the mined materials as fuel needed on their way to more remote destinations.

According to experts, asteroids for instance have a high density of precious metals such as platinum or rare earths, which are also needed in a number of key technologies.

The government of Luxembourg called on other nations to join its initiative, adding that more and more countries were showing "a concrete interest in collaborating."