For years, Lufthansa has been wrangling with its pilots as the airline attempted to reduce costs. A deal struck with its main pilots union on Tuesday should ensure significantly less labor turbulence in the years ahead. 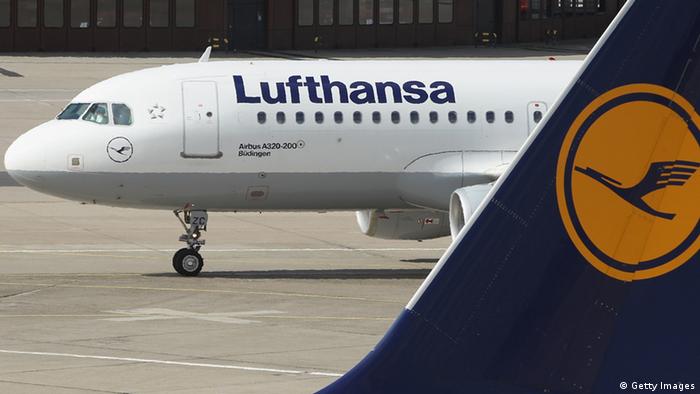 Lufthansa announced a wide-ranging labor deal with its main pilot union on Tuesday, bringing an end to years of disagreement and raising expectations for the airline's financial prospects.

Germany's largest airline agreed the deal in principle with the pilot trade union Vereinigung Cockpit (VC) back in March. The formal signing of the agreement — which is valid until June 2022 — will end the prospect of strikes, which have affected the airline in recent years.

The deal will reduce Lufthansa's pilot staffing costs primarily through pension benefit cuts, something the airline has been trying to achieve for years as it tries to compete with low cost European rivals such as Ryanair and easyJet. The deal also paves the way for the hiring of up to 700 junior pilots at Lufthansa, its cargo divisions and its subsidiary Eurowings, previously known as Germanwings.

"With the collective bargaining agreement, we have created a foundation for a new social partnership with the VC," said Bettina Volkens, Lufthansa's HR chief.

"We are jointly creating a sustainable collective bargaining peace until 2022. This compromise opens up career prospects for our pilots and makes an important contribution to the competitiveness of our company."

Lufthansa's attempts to strike such a deal with the VC — which represents around 5,400 Lufthansa pilots — met strong resistance in recent years and led to several strikes, most recently in November 2016. While the collective labor agreement still has to be voted on by the pilot union's members in December, the announcement has sent Lufthansa shares up by 3.5 percent to a 16-year high.

"Better cost structures, especially on short-haul routes, will improve the market position of Lufthansa," said Joerg Handwerg of the VC.

A busy autumn in the skies

In specific terms, the deal sees the current pension scheme switch from a system of defined benefits to one of defined contributions. It will also see a gradual increase in the age pilots can retire from Lufthansa passenger services, moving up to the age of 60.

Up to 700 junior pilots will be hired in the coming years while 600 future captain positions will be created. In addition, pilots at Lufthansa and its subsidiaries will receive staggered pay increases of up to 10.3 per cent and a one-off payment of up to 1.8 monthly salaries for the period of May 2012 until June 2022.

It has been a dramatic autumn in European aviation. The mass cancellation of Ryanair flights across Europe has been widely attributed to an increasing shortage of pilots at the airline, disgruntled by poor working conditions at the low cost carrier. Last week, the Irish airline offered their pilots significantly improved pay and conditions in an attempt to fix the problem.

Closer to home from Lufthansas's perspective, Air Berlin filed for bankruptcy in August, with Lufthansa expected to take over large parts of the insolvent airline in the coming weeks.

Lufthansa to win big in divvying up Air Berlin