Lufthansa agrees to terms of mediation with pilots' union

Lufthansa has said it accepts the recommendations of a mediator in its long-running pay dispute with pilots. The airline has said it plans to staff more future flights with personnel not covered by the terms of the deal. 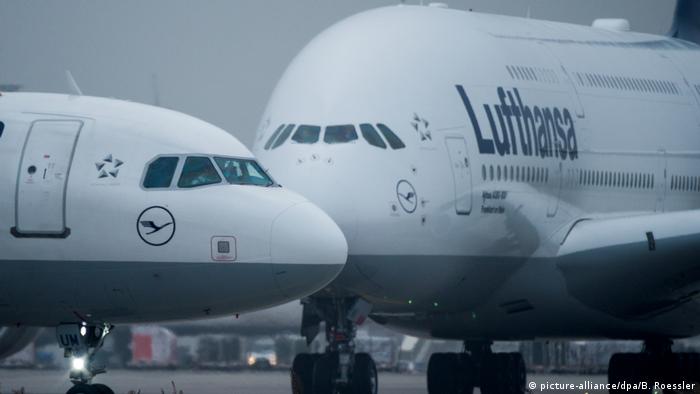 Germany's flagship carrier said on Wednesday it accepted the recommendations of a mediator, which would include staggered pay rises of an overall 8.7 percent for some 5,400 pilots.

The new agreement, which would be in place until the end of 2019, would also increase one-time payments to a total of some 30 million euros ($31.6 million).

The arbitration recommendations were made by lawyer and diplomat Gunter Pleuger.

Lufthansa said it would make up the amount by staffing 40 new planes with employees who were not a part of collective labor agreements but worked elsewhere within the group - possibly those from the airline Air Berlin.

Lufthansa accepted the terms after a long-running row with unions that has seen 15 strikes staged sporadically by the pilots' union Vereinigung Cockpit since April 2014. The industrial action has cost Lufthansa some 500 million euros in total. The most recent walkouts - over six days in November - cost the operator 100 million euros.

Cockpit has sought annual raises of 3.66 percent, backdated more than five years to when its last collective bargaining agreement expired.

Lufthansa has been seeking to cut costs by making pay more "flexible" and altering pension schemes. The changes have exacerbated tension with staffing at a time when Lufthansa is expanding operations by its low-cost Eurowings outfit.