After two days of strikes that stranded tens of thousands of passengers, Lufthansa planes resumed operations on Sunday - but just for one day. The strike was set to resume Monday. 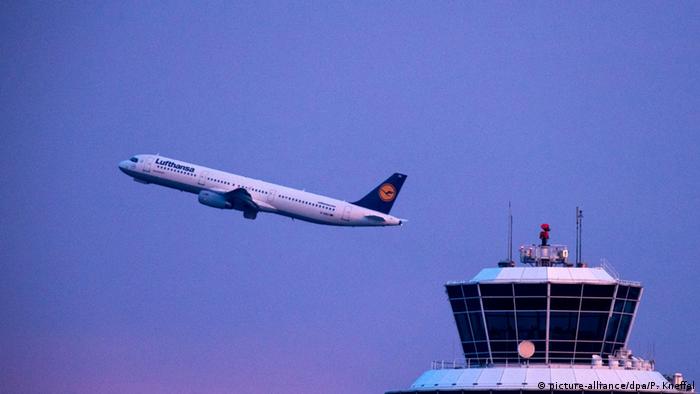 The Independent Flight Attendants Union, which represents airline cabin crew, said members would go back to work on Sunday after two days of strikes that affected some 95,000 people booked on Lufthansa flights. The strike, however, will continue again on Monday and is set to end on Friday.

The union said it was interrupting the strike on Sunday to spare the mainly leisure travelers who fly on Sundays. But union head Nicoley Baublies said passengers booked on flights from Monday to Friday should not expect to fly with Lufthansa.

"We will however make it known during the course of Sunday from which airports and on which concrete routes it will be possible to fly," he said.

Lufthansa said on its website: "Flight operations will remain largely uninterrupted on 8 November. Isolated cancellations can, however, be expected due to operational reasons."

Flights from Frankfurt and Düsseldorf have been most affected so far, but as autumn vacation ends in southern German states, the union has said it could expand the strike to Munich as well.

More than 800 flights, including nearly all short and medium-distance flights in Europe, have been canceled since the strike began on Friday. A spokesman for the airline said losses from the first two days of the cabin crew strike would cost the airline millions. He added that the German flagship carrier would not be say exactly how much the strikes cost until it was over.

Lufthansa is trying to negotiate with various staff groups to bring down pension costs as part of a savings drive to allow it to better compete with low-cost rivals and heavily subsidized Gulf carriers.

Pilot strikes have already cost the airline 130 million euros ($140 million) so far this year. Negotiations between Lufthansa and the union have been going on for the past two years.

Lufthansa has made information regarding canceled flights available online at: https://www.lufthansa.com/de/en/Travel-information