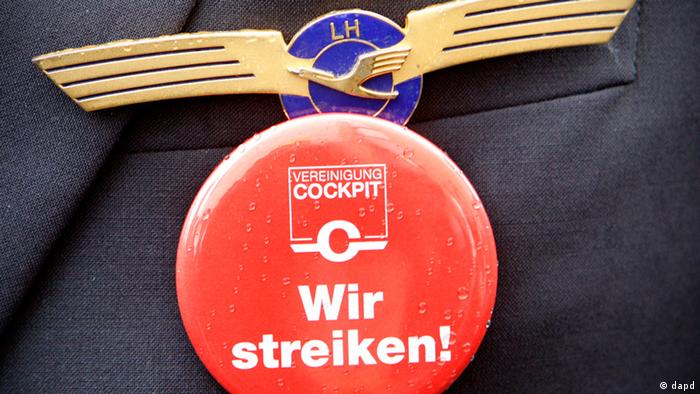 VC spokesman Markus Wahl indicated more industrial action might be around the corner.

Since spring 2014, pilots of Germany's flag carrier have staged strikes on 12 occasions, causing the airline a loss of more than 300 million euros ($340 million) and frustrating thousands of travelers.

"As of now, more strike action at Lufthansa, Lufthansa Cargo and Germanwings has to be expected," Wahl said in a statement.

Negotiations have been centering on the future of an in-house early retirement scheme for 5,400 pilots and the company's medium- and long-term strategy. The pilots' union said management had rejected what it described as a proposal to save 500 million euros.

"When the company turns down our savings scheme it shows that management is not interested in improving market conditions, but rather in undermining tariff-based deals and outsourcing jobs abroad," Wahl said.

Lufthansa executives maintained they'd not rejected VC's offer. Rather, they had suggested debating various aspects of the proposal in separate working groups. The company called on the union to resume talks, adding that more strikes would harm both customers and the workforce.