As European airlines suffer from rising fuel prices, experts have said larger carriers, including Germany's Lufthansa, could benefit from the industry's consolidation. 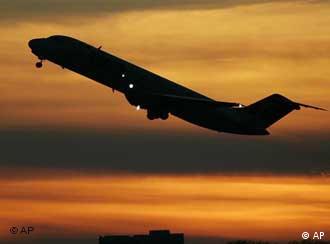 Italy's embattled airline Alitalia is in desperate need of a buyer -- or at least a potential buyer -- before Thursday, Sept. 25, or it may lose its operating license. 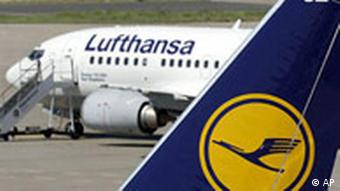 Lufthansa could become the new boss for additional European carriers

The Rome-based airline hasn't made a profit since 1999 and is losing approximately 2 million euros ($2.9 million) per day. But Italian politicians, who had been predicting there was little chance of a buyer appearing to save Alitalia, started to sound more upbeat on Wednesday.

"It's too much to talk about optimism, but you could say hopes have been revived," said Transport Minister Altero Matteoli after Italian media reported renewed interest from Lufthansa as well as Venezuelan carrier Aserca.

When it comes to European airlines looking for deep-pocketed partners, Alitalia isn't alone. Though neither Scandinavian Airlines (SAS) nor Austrian Airlines is quite as desperate as their Italian counterparts, they're both reportedly looking for partners.

Germany's Lufthansa has been rumored to be a favorite merger partner for both carriers after having taken over at Brussels Airlines earlier this month. The company's supervisory board is slated to meet on Wednesday amid reports discussions will cover takeover candidates on the agenda. 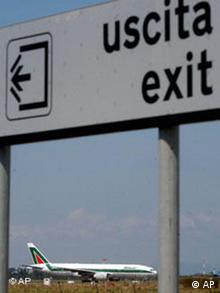 Alitalia may be on its way out

A takeover at SAS or Austrian Airlines would bring Lufthansa closer to market leader Air France-KLM. The French-Dutch alliance sold 203 billion kilometers worth of tickets, followed by Lufthansa's 147 billion, according to the International Air Transport Association.

Small airlines the first to go

The global financial crisis, rising fuel prices and the international economic downturn has hit airlines' profits hard as fewer people travel. Airlines without a solid economic basis will be the first to go, according to Ulrich Horstmann, an aviation analyst at the Bayerische Landesbank

"Trends are pointing toward larger airlines," he said, adding that bigger carriers like Lufthansa, British Airways and Air France-KLM are likely to profit. "Smaller carriers are going to disappear from the market."

For its part, Lufthansa is keeping quiet on its merger plans, but Horstmann said additional takeovers, including of Alitalia, were a possibility -- if the conditions were right.

But it may be too late for anyone to consider taking over at Alitalia, according to BHF Bank analyst Nils Machemehl.

"No serious airline would save Alitalia at this point," he said, adding that while the Italian market is of interest to Lufthansa, "the price isn't right."

Berlusconi Looks to Germany's Lufthansa to Save Alitalia

Germany's largest carrier Lufthansa is to buy a 45 percent stake in the holding company that owns Brussels Airlines for 65 million euros ($91.4 million) as part of the company's ambitious expansion plans. (15.09.2008)

Aircraft manufacturers at the Berlin Air Show forecast Wednesday, May 28, rising demand over the next 20 years for cargo planes as world trade grows, but signs mounted that the stumbling US economy might spoil the boom. (29.05.2008)