Passengers with German airline Lufthansa will face another day of chaos after cabin crew union, UFO, has announced more walkouts for Tuesday. A solution to the years-old wage and benefits dispute remains elusive. 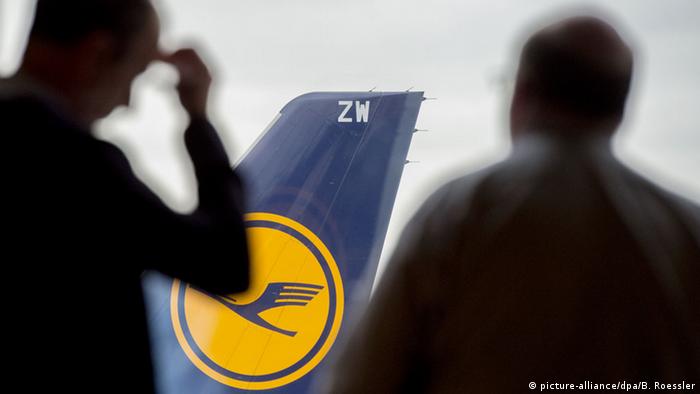 Strikes by flight attendants at German carrier Lufthansa would last into Tuesday, the UFO cabin crew union said Monday, affecting long-haul flights from Munich and Frankfurt, while all flights from Dusseldorf would be targeted.

On Monday, Lufthansa entered the second week of what could become the longest walkout in the company's history as flight attendants expanded a two-city strike to Munich, forcing the carrier to ground nearly a third of its 3,000 scheduled flights.

The aviation chaos began on Friday after cabin crew union UFO called on attendants at the Frankfurt and Düsseldorf airports to hit the bricks. Forty-eight hours later, 800 flights had been canceled, affecting more than 95,000 travelers. After a strike-free Sunday, those numbers were expected to soar again on Monday as Lufthansa said it would call off 929 domestic and European flights, taking the total number of grounded passengers to 208,000.

About 70 percent of the airline's normal services would continue to operate, Lufthansa said on Monday. Not affected by the industrial action are the company's subsidiaries Germanwings, Eurowings, Lufthansa CityLine, SWISS, Austrian Airlines, Air Dolomiti and Brussels Airlines.

No deal in sight

It is the 13th strike in two years as Lufthansa and the union remain at loggerheads over early retirement benefits and pensions reforms. Germany's biggest carrier is trying to negotiate with various staff groups to reduce pension costs as part of a savings drive to allow it to compete better with low-cost rivals and wealthy Gulf airlines.

UFO on Monday said it is planning to stage more walkouts until November 13, if Lufthansa's management does not make concessions.

"Our guests must assume that their flights with Lufthansa will be canceled through Friday," union spokesman Nicoley Baublies cautioned. UFO also warned it planned to target different airports over the course of the week-long blitz.

The airline, for its part, said it was "ready to resume talks." It also said its executive board would meet on Monday to discuss the "consequences" of the stoppage, which it called "unprecedented in the history of Lufthansa," and planned to issue a statement to employees and the public later in the day.

Lufthansa has made information regarding canceled flights available online at: www.lufthansa.com/de/en/Travel-information

Lufthansa has halted flights to and from Egypt's Sharm el-Sheikh following a Russian plane crash. Russia has insisted on waiting for official results, while German authorities review a video of the suspected bomb attack. (05.11.2015)