Lucy vs. Adam and Eve: The theory of evolution in Africa

Did God create mankind, or did we evolve from apes? Some particularly religious Africans find it difficult to reconcile the theory of evolution with their faith. But what do theologians think? 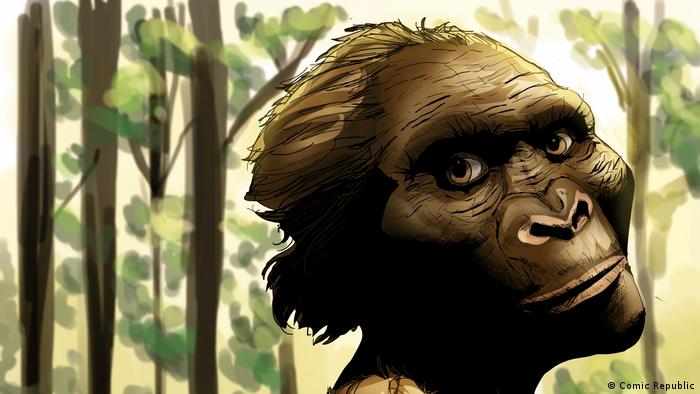 Racist depiction? For some Lucy, the Australopithecus afarensis, does not look like a humanin

Lefranc Nguirobel from Cameroon was clearly angry: "Bring a monkey into your home and we'll see if it turns human," he wrote on DW's French Facebook page. He had just watched the first episode of DW's new series, African Roots, which explores the lives of 25 notable African historical figures. The subject of the first episode was Lucy — also known as Dinknesh — whose skeleton was discovered by American researchers in Ethiopia in 1974. According to scientific estimates, Lucy is approximately 3.2 million years old and has been identified by researchers as one of the earliest ancestors of modern-day humans, lending weight to the theory of evolution.

Like Lefranc, many other Facebook commenters did not seem to support this idea. "God created the first man and that was a perfect man, not a monkey!" Sheha Ibrahim wrote on the DW Kiswahili page. Users like Sheba were particularly troubled by the artistic representation of Lucy in the web comic, where she looks more like a monkey than a hominid. "God created Adam first, then his wife Hawa, and if white people want to teach us that we're apes, then they're wrong," protested Abdirahman Ali from Nairobi. 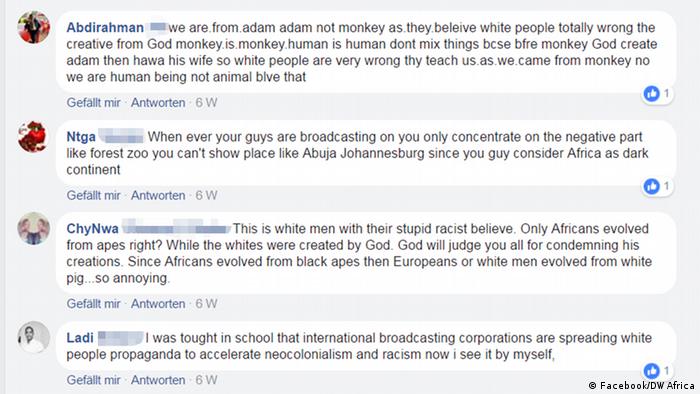 The Catholic Church's struggle with evolution

Opinions like these seem to be common, at least on Facebook. The monkey-like depiction evokes memories of colonial racial theories and denigrations that are still not overcome. But the theory of evolution is not about white or black. Lucy is regarded as the ancestor of all human beings and Africa among researchers today undoubtedly as the cradle of humankind.

Religious people everywhere struggled with Darwin's findings. And some still do.

Catholic priest Friedrich Stenger has lived in Africa for decades — most recently he taught at the Catholic Tangaza College in Kenya's capital, Nairobi. "Once a biology teacher in Ethiopia told me that [evolution] was in conflict with the church because on Sundays the pastor would say that the world was created 4,000 years ago," Stenger told DW. "The teacher said to me: As a scientist, I know this cannot be true. How can I bring science and religion together?"

For a long time, the Catholic Church would not budge on the issue. It was not until the 1950s that it slowly began opening up to the theory of evolution. In 1986, Pope John Paul II commented that a belief in evolution and having faith in God need not be mutually exclusive. His successors have taken the same position and an increasing number of theologians have claimed that the Bible's account of the creation of the world in seven days does not have to be taken literally. 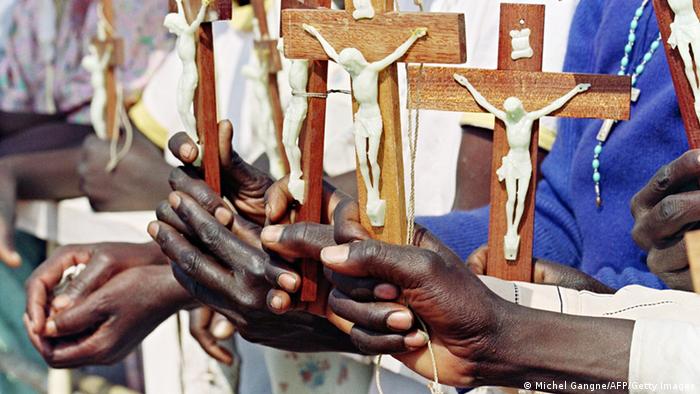 "What the story of creation means to tell us is that God is at the beginning of creation," says Stenger. "Science is able to tell us this in more detail, which is why the theory of evolution is very important." However, not all Christian churches share this view. Stenger says many popular churches in Africa, which combine Christianity and traditional African beliefs, are sometimes hostile towards evolutionary theory.

Abdulkader Tayob, a professor of Islamic studies at the University of Cape Town, has also thought a lot about how faith and evolution can be reconciled. "The belief of many Muslims, like many Jews and Christians, is that God created everything out of an absolute will and that man is, so to speak, the pinnacle of creation," he told DW. "Many people believe that this idea is compromised by evolutionary theory."

Individual Islamic scholars have already commented on these issues, but a genuine debate on ways to unite faith and evolution does not yet exist in the Islamic world, says Tayob. But beyond the religious dimension, he can identify another reason why many Africans reject the theory of evolution: "Many people feel that these theories do not belong to them, that they came from outside of Africa, and so they cannot participate in their development." 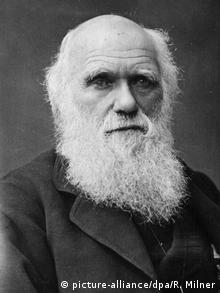 Evolution not taught in schools

Pentecoastal churches from Kenya to Mozambique openly oppose the evolution theory. In religious schools, evolution is often not taught at all. In state-run schools, it is not always included in the syllabus. In South Africa, for example, the teaching of evolution was only introduced in 2008. The limited amount of resources and training available also means that youngsters often do not get the chance to engage with the subject. During the apartheid era in South Africa, training opportunities for aspiring black teachers were severely restricted in comparison to white teachers. A survey carried out at the time showed that many of the teachers who did receive training did not have sufficient knowledge of the theory of evolution. Other studies have ranked the education systems of other African countries at even lower standards.

But how can creation and evolution be reconciled in Islam? Tayob suggests approaching the creation story found in the Koran from a different perspective. "The history of the Koran when it comes to human origins, when it comes to the history of human society, is told in so many different ways in so many different parts of the Koran," he says. "There is no one definite narrative, and so it raises the question over whether one should really endorse or accept one narrative." Eventually, every believer would have to find his own way of dealing with the scientific facts — because a central authority in matters of faith is unknown to Islam.

Dinknesh - a peek into the history of humankind

The partial jaw was found alongside 60,000 simple tools in a cave in Israel. A scientist who discovered the fossil said: "The entire narrative of the evolution of Homo sapiens must be pushed back." (25.01.2018)

Who was Dinknesh or Lucy?