Low expectations as EU summit begins | Europe | News and current affairs from around the continent | DW | 13.12.2012

EU leaders have agreed to stabilize Europe's financial system with a banking union. But as the summit begins, disagreements among the decision makers have been growing. 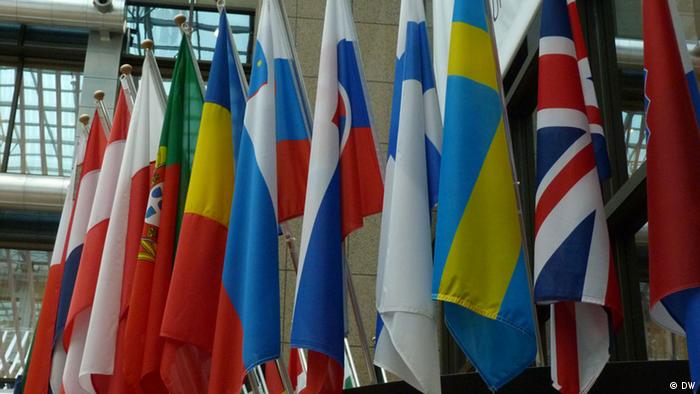 This week's summit is likely to combine the worst of two worlds: meager results with a lot of quarreling.

During the summit, which started on Thursday afternoon in Brussels and continues until Friday, EU leaders have to reach agreement on at least one thing, EU Commission President Jose Manuel Barroso said on Wednesday (12.12.2012): what an agreed common body to supervise Europe's banks will look like in detail. This, Barroso said, was the "most important step" toward strengthening the common economic and monetary union.

Barroso also emphasized the need to push for further austerity and reforms. Fiscal discipline in the financially-stricken countries had to go hand-in-hand with help from solvent countries, he added. "We need both. It's not a question of choosing between solidarity and responsibility." 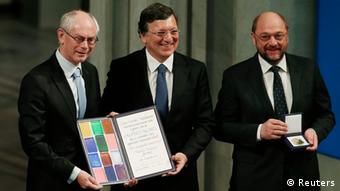 The unity felt at the Nobel Prize ceremony was short-lived

In a nutshell, that's the main point of contention. There are conflicting visions in Europe of the planned banking union, which includes the supervisory body.

Some member states are hoping for easier access to support for their struggling banking sector. The banking supervisory body is the formal prerequisite for direct help for banks from the European bailout fund ESM, i.e. circumventing national governments. Spain, whose banks almost pushed the country into bankruptcy, is hopeful. It's backed by France. Both countries are pushing for a banking supervisory body to come into effect by early 2014 at the latest.

A second group under German leadership sees the banking union as a control tool. This group wants to stabilize the financial system in Europe, but not at their expense. Europe's financially solvent countries, rallied around Germany, fear that ultimately their savers will have to stand in for foreign banks. That's why they're skeptical about a common protection of deposits. "Better safe than sorry" seems to be the motto guiding their calls for slower progress.

And then there are those states grouped around the UK: countries outside of the monetary union that, nevertheless, have strong financial interests. They want to prevent any supervisory body under the umbrella of the European Central Bank from exercising control, which they – as non-euro-countries – won't be able to influence.

What happened to the Nobel Prize euphoria?

It's not easy to reconcile these different interests.

In addition, European Union President Herman Van Rompuy has presented a paper on the future of the union. It's being strongly criticized, in particular by Germany. The Germans fear that Rompuy's draft sees too few incentives for more budgetary discipline and competitiveness, which German Chancellor Angela Merkel sees as key to solving the crisis.

On Wednesday, Rebecca Harms, the deputy chairman of the Green faction in the European Parliament, lamented the contrast between the euphoria following the award of the Nobel Peace Prize to the EU on Monday (10.12.2012) and the EU's current problems. "We're experiencing a disunity that's worse than any summit of the last half year," she said. 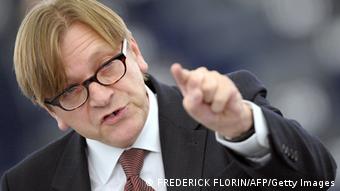 Verhofstadt is beginning to lose his patience with the European Council

'We should break up the eurozone'

Hannes Swoboda, head of the Socialist faction, doesn't have high hopes. He's expecting "a thin, non-committal paper on the future of Europe" to come out of the summit when it ends on Friday.

Guy Verhofstadt, who heads the Liberals, has complained that the European heads of state have already made a decision on the supervisory body. "The European Council took that decision back in June," he said. "Then again in October – and now they want to make a third decision? That's just ridiculous!"

Nigel Farage, of the right-wing, euroskeptical United Kingdom Independence Party (UKIP), is convinced that the monetary union in its current form doesn't even have a future. "The banking union won't change the fact that there's a huge difference in the competitiveness of Germany and the Mediterranean countries," he said.

Farage is convinced that trying to save the euro with ever more rescue packages and demands for budget cuts will only end in citizens rising up against Europe. "If we're good Europeans, then we should break up the eurozone and accept that Greece, Spain and Portugal should never have joined in the first place," he said.

But none of Europe's heads of states are in favor of such a solution. Even British Prime Minister David Cameron doesn't want an end to the euro. Nevertheless, the summit is set to provide ample opportunities for heated debate.

Crisis in the eurozone

As the crisis in Europe's single currency continues, DW examines the background and consequences, and charts leaders' attempts to bring the continent through economically tough times. (02.12.2012)

Shortly before this week's EU summit, finance ministers are once again tackling the issue of how to create an effective banking union. Agreement on a common supervisory body would be a good place to start. (12.12.2012)

The Eurogroup finance ministers have been generous. After handing out additional money to Greece, they're also looking to bail out banks in Spain and Cyprus. (04.12.2012)