Looters arrested in Brussels after protest against Libyan slave trade 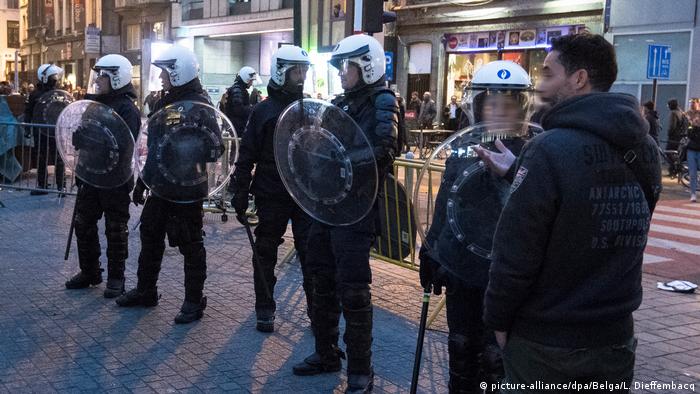 Belgian police have clashed with protesters three times this month

Police responded by deploying a helicopter and a water cannon at the scene and arresting around 50 people. Looters pelted the police with stones during the crackdown.

According to the RTBF public broadcaster, the detainees are between 15 and 18 years old.

No injuries were reported.

The group of looters separated themselves from a larger crowd demonstrating against the slave trade in Libya earlier in the day. The protest was sparked by a recent video showing African refugees being auctioned by people smugglers.

Responding to the Saturday unrest, Belgian Interior Minister Jan Jambon said that police were under orders to "detain as many as possible" in order to "stop the destruction."

"Zero tolerance," he tweeted. "The federal police have full authority."

The latest incident is the third outbreak of violence in the Belgian capital this month, following an unauthorized rally organized by a young social media star on November 15 and clashes during the celebrations over Morocco qualifying for the football World Cup four days before that.

The events prompted a debate about the police's capacity to ensure safety.