UK researchers have shown that cab drivers who learn the layout of the capital city - 'the Knowledge' - exhibit growth in the brain, challenging the notion that children are the only ones with 'plastic' minds. 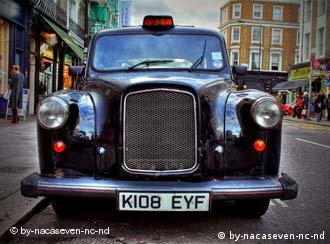 Learning to become a London cabbie is harder than it looks

Talk about information overload: becoming a taxi driver in London means memorizing all of the sightseeing destinations the city has to offer, plus the names and locations of 25,000 streets within a six-mile (9.6 kilometer) radius.

In fact, this is so unusual that London cabbies give this a special name - the Knowledge.

It takes as long as four years to acquire the Knowledge, and only about half of the people who undertake the training actually become cab drivers.

But in a new study, British scientists have shown that those who do pass don't just get a license to drive a cab - they also gain brain volume.

A team of neuroscientists at University College London have now shown that certified cab drivers display more gray matter in the brain's hippocampus than both those who failed the test and a control group.

"We know that the brain area that helps to support navigation and certain kinds of memory is a brain region called the hippocampus," said Eleanor Maguire, co-author of a study published Thursday in the journal Current Biology. 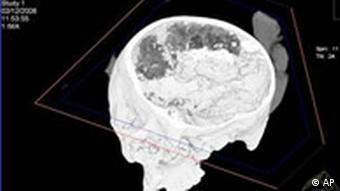 It follows that the hippocampus would act as a major information hub for drivers trying to learn London's complex layout in the team's research.

"Only in the people who qualified - who were successful in acquiring 'the Knowledge' - only in those individuals did we see a change in their brains when we compared their situation after training to how they started off initially," Maguire told Deutsche Welle.

"And that change was very specifically in the hippocampus."

The brain at work

Maguire and her colleague, Katherine Woollett, accompanied 79 drivers as they embarked on the long and gruelling taxi training program. Less than half - 39 participants - ultimately passed the driver's exam.

The researchers also recruited a control group of 31 people. All 110 participants were similar in terms of age and IQ - and none of them showed any major differences in memory capacity during pre-trial testing.

To start, the team conducted MRI scans of each subjects' brain. Again, there were no significant variations between members of the group.

Three to four years later, they repeated the scans - but this time, the outcome was different.

For those who passed the test, the rear side of the hippocampus was much larger, compared to those who had not, or who had not taken the training.

Although the researchers were able to measure the brain's volume using MRI technology, they are still unable to examine those changes at the cellular levels.

Nevertheless, the researchers have developed a few theories.

"The hippocampus is known to be able to produce new neurons," Maguire added. "So maybe these nerve cells get recruited or hijacked by this intense spatial learning, and then that is manifested at our level as an increase in volume."

An increase in connectivity between the neurons could also be responsible for the boost in gray matter. As the study put it, the hippocampus likely acts as either a "storage site" or a "processing hub."

In drivers who passed the test, the rear hippocampus had a higher volume

The successful drivers gained both new knowledge and new brain volume - evidence of "neuroplasticity," a kind of mental flexibility.

Yet previous research suggests that for all the rear hippocampal capacity certified taxi drivers gain, they eventually lose volume in the front part of the hippocampus. Tests have also shown that they are less able to recall complicated figures, and to remember fresh visual information.

"I think this one of the most interesting aspects of the study," said Vincenzo De Paola, a neuroscientist at Imperial College London's MRC Clinical Sciences Centre. Nevertheless, the result isn't exactly surprising.

The hippocampus is not immune to the notion of saturation, in terms of how much information it could hold.

"There is the idea that if an area is used over and over again, this will lead to more connections in this area," De Paola told Deutsche Welle. "But there's a limit."

De Paola, whose own research examines how the structure of the brain can be manipulated by experience or learning, suggested a follow-up study: train the same "successful" taxi drivers on other visual tasks to see if they show improvement on those exercises and at the same time, weakening of their taxi "Knowledge." 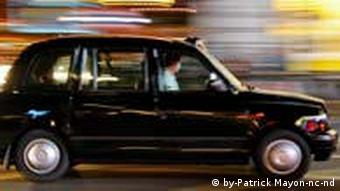 It can take years to acquire 'the Knowledge'

The study also raises new questions in the "nature versus nurture" debate, as researchers are unsure as to whether those who successfully passed the driving exam had brains with better natural plasticity than those who didn't.

"Not much is known about the genetics of learning and memory," De Paola said. Though IQ may have a genetic component, it is unclear whether the same applies to the brain's special memory capacity.

But nurturing could also play a role: De Paola added that experiences earlier in life could have an effect on spatial memory skills.

Regardless of whether genetic factors are at work, the research shows that learning never stops, even as we get older. That's particularly encouraging in the current economic climate, as high unemployment rates make retraining programs all the more important.

"The adult brain can change, and it's not just that children, with their very 'plastic brains,' can do a lot of learning," Maguire told Deutsche Welle. "Adults can also change their brains."

A part of the brain associated with both pleasure and addition is larger in frequent gamers, a new study shows. The finding has drawn some comparisons with previous studies done on drug and alcohol addiction. (16.11.2011)

How the body copes with hunger

Once the brain has flicked a special switch, a person can go without food for quite a while. Sadly, if you are sick and weak already, this mechanism does not work properly. The same applies to children. (14.11.2011)

Scientists have found a correlation between parts of the brain related to social perception and a person's number of Facebook friends. The study is part of a set of studies examining how the brain and Internet interact. (19.10.2011)