What can - and should - writers do in times of crisis? In light of ongoing political and economic tension in southeastern Europe, three respected authors from the region share their stance. 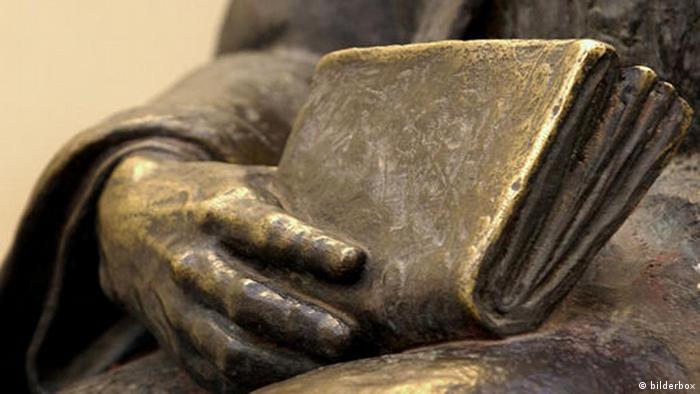 "What times are we living in if talking about values is nearly a crime?" asked renowned Greek author Petros Markaris at a recent lecture in Berlin - a reference to Bertolt Brecht's 1939 poem "To Posterity."

Markaris' answer was that these were "dark times" in which "bonds are the only thing of any value." But there are other things that could prove just as valuable during these hard times - like books, emphasized the writer at a panel discussion hosted by the Southeast Europe Association and the Traduki-Network in Munich last weekend. The popular Greek author and "Faust" translator compared notes with fellow writers, Hungarian György Dalos and Albanian Lindita Arapi.

Markaris had been quick to respond to the Greek crisis. In 2010, he attacked the financial crisis and its impact on society in the new episode of his crime series with Athens Commissioner Kostas Charitos. In the book "Faule Kredite" (Lazy Loans), released last year by German publishing house Diogenes, he describes everyday difficulties faced by the Greeks. 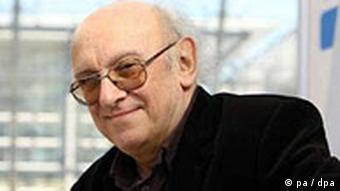 Born in Istanbul in 1937 to an Armenian father and Greek mother, Markaris has seen the different stages Greece has gone through. He bemoans that the creation of a common set of European values is being lost to austerity woes and credit support. "We have a common currency, but we forget common values," he said.

According to Markaris, the Greeks have relied on their ancient heritage as a forerunner for Balkan integration into the EU, but now see pressure from Europe to reform as a reason to call on another identity, that of the victim.

Markaris has sensed this tendency of disengagement toward northern Europe not only in Greece but also in other southern European countries, which have experienced the crisis to a lesser extent. He believes intellectuals have a duty to moderate public debate and bridge chasms. Otherwise, he said, "we'll get over this crisis, but be so far apart from one another, that we can no longer find each other again."

While southern Europeans may be looking for scapegoats in the North, Hungarians find them right at home. "The cultural scene in Hungary has always been informal and, since 1990, it's become less and less institutionalized. Hungary is small, intellectuals know each other personally and now they hate each other personally as well," commented writer György Dalos. 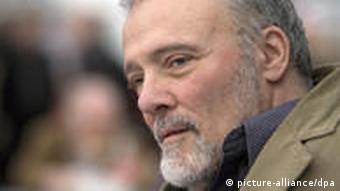 Writer György Dalos is critical of the Hungarian government

Hate leaves little room for constructive criticism, he added, and is only exacerbated by political divisions. According to Dalos, who lives in Berlin and received the Leipzig Book Prize in 2010, only two attitudes survive till the end of the battle: "leftist cynicism" and "rightist hypocrisy."

A former dissident, Dalos is currently an active critic of Hungary's conservative right-wing government and says he is automatically stigmatized as from the leftist opposition. Some bloggers have even made deriding references to his Jewish roots.

But Dalos is not pessimistic. In Hungary, Dalos said, "we survived communism and the market economy, so we will survive this phase, too."

Reflecting on the past

Unlike Greeks and Hungarians, it seems, Albanians still identify strongly with Europe. Although support for joining the EU diminishes the closer the country gets, it's still relatively high: 85 percent, according to a recent poll.

As in Hungary, the Albanian cultural scene also has difficulties with political independence. "Whoever strives for impartiality is attacked from all sides, and is alone," complained Germany-based Albanian writer Lindita Arapi, naming publicist and former dissident Fatos Lubonja as an example. 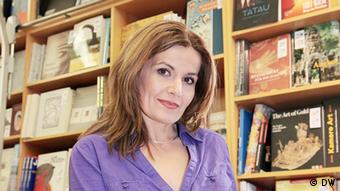 Lindita Arapi: it's a hard time for writers in Albania

Others resigned after a certain time and were absorbed by political groups, she added. "Intellectuals always seek to be close to political power. But they don't want to admit that they become servants to those in power," says Arapi.

Many writers have evaded public debate about the current situation in Albania and deal in their works with topics from the past. Readers also seems to be growing tired of the continual bickering between political camps, turning instead to memoirs and history books which talk about Albania's communist past. Such books were a big hit at the last book fair in Tirana.

Arapi's award-winning novel "Schlüsselmädchen" (Key Girls) is written from the perspective of three generations of women, where she focuses on the history of Albania in the 20th century. Through a series of short stories detailing everyday life, she reflects on the dictatorship that used to rule over communist and patriarchal Albania. Within the male-dominated literary scene, Arapi has managed to leave her own mark: "In these good times we can make the most of quiet sounds making a difference."