The small Austrian town of Raiding is celebrating the 200th anniversary of the birth of its most famous son, composer and pianist Franz Liszt. But wasn't the author of all those Hungarian rhapsodies really Hungarian? 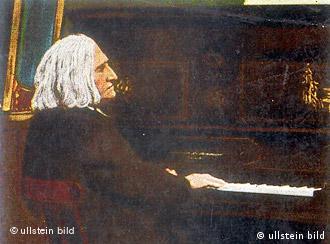 Franz Liszt was a pop star in his day

"The genius from Raiding - born to be a superstar" is the slogan for Lisztomania, the year-long festival marking the bicentennial of Franz Liszt's birth on October 22, 1811, in the eastern part of Austria. The town of Raiding has just 850 residents and only one claim to fame: In his time, Franz Liszt was quite a superstar.

But was he really Hungarian? Ask a Hungarian and you'll get an emphatic "igen" - "yes."

When Liszt was born two centuries ago, Raiding was located in what was then the Hungarian part of the Austro-Hungarian Empire. Then, the village was called Doborján; it didn't become part of Austria until 1921.

While Raiding is proud to be Liszt's birthplace, Lisztomania organizers are not insisting that the village's star was Austrian. In fact, they've neatly side-stepped the issue of nationality by describing Liszt as "the European genius from Raiding." 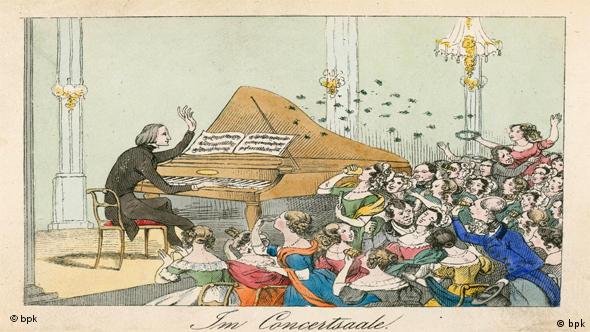 At this 1842 cartoon shows, Liszt had a particularly strong effect on his female fans

Identity for the moment

There's no doubt Liszt thought of himself as Hungarian. At least, he described himself as such in front of Hungarian audiences. Embarrassingly, he had to do it in French.

"Je suis hongrois," he famously told fans at his first concert in Pest, because he had never learned the language of the Magyars. His native tongue was German, the language of his parents, but he preferred to speak and write in French.

"He was ready to change his nationality whenever it was necessary and he showed great loyalty to different nationalities whether to the French, the Vatican, the Austrians or whatever," said Johannes Kutrowatz, a respected interpreter of Liszt's piano works and a director of the Lisztomania festival.

Kutrowatz acknowledged that the "genius from Raiding" could be opportunistic with his identity: "All these quick changes of costume and personality were part of that but in the end I would say Liszt is and was European."

"Without fear of contradiction one can say that Franz Liszt was the first really international pop star of his time - and he still influences the present," said Eduard Kutrowatz. "You can compare him to Michael Jackson or, in the 60's, to the Beatles or the Rolling Stones."

So, Lisztomania preceded Beatlemania by at least 150 years.

Perhaps the Austro-Hungarian's star power had something to do with the fact that his birth coincided with the appearance of the Great Comet of 1811. As the legend goes, a gypsy fortune teller told his mother her son would be famous.

But fame is fickle and Liszt has his detractors as well. A great pianist, they all acknowledge, but can he be counted among the great composers? For a long time he was out of fashion.

"I think it's related to the Nazi era," said Manfred Wagner, a professor at Vienna's University of Applied Arts. "Liszt was much played during that time, because of his links to Richard Wagner. It's my view that, as a result, Liszt now gets less attention because of it," he told Austrian radio. Liszt was Richard Wagner's colleague and friend, and later became his father-in-law. 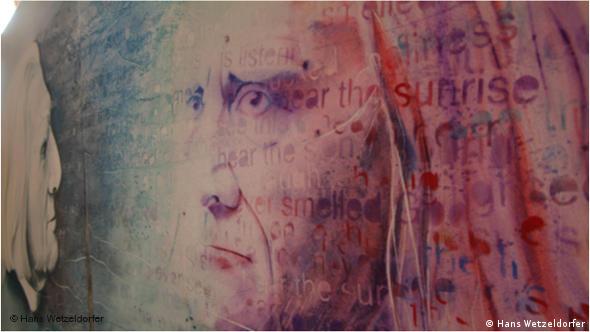 Hungary, it seems, is suffering no such confusion. It is about to name Budapest's international airport Ferenc Liszt Airport, using the musician's Hungarian name. A statue of the great man stands in Ferenc Liszt square in the center of the Hungarian capital, and another in front of the state opera house. And Hungary is celebrating its own Ferenc Liszt year with a series of concerts and exhibitions.

Austria may have a territorial claim to the town where he was born but Hungary is not about to secede nationality rights - least of all during the Liszt bicentennial.

Austrian pianist Alfred Brendel no longer takes the concert stage, but he is captivating audiences with his writing instead. At an age when many want nothing but rest, he claims he is still developing creatively. (05.01.2011)

Frederic Chopin, the most popular 19th-century composer, was likely born on March 1, 1810, in a village near Warsaw. But, like many aspects of the French-Polish virtuoso's life, even his birthday is a mystery. (01.03.2010)

Wim Wenders and organizers of the Bayreuth Festival are engaged in talks for the renowned German filmmaker to direct "The Ring of the Nibelungen" in two years time. It will be the 200th anniversary of Wagner's birth. (07.01.2011)