As Portugal is still grappling with its crisis, a boom in call center services is providing much needed jobs for the country’s educated and bilingual youths, while also drawing in youngsters from across the EU. 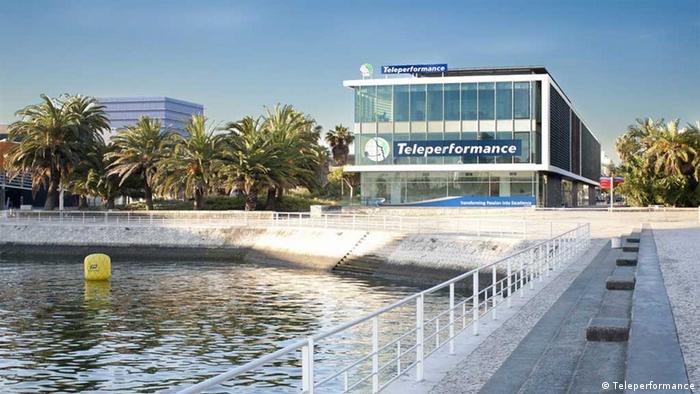 While much of the Portuguese economy remains in the doldrums, one sector that has flourished throughout the economic crisis is call center services. In fact, growth has been so strong that some are now calling the country's capital, Lisbon, "The Bangalore of Europe," drawing parallels to the 1990s services boom in India.

The biggest player in the business is a company called Teleperformance - a French company. The firm's staff in Portugal has soared from 200 to 5,000 employees over the last eight years. The massive growth has come to be a lucrative breadwinner for many Lisbon youths, quite a number of whom speak fluent English, and would likely have left their native country to escape mass unemployment that has left 35 percent of young Portuguese without a job.

Meanwhile, Teleperformance's success in Portugal is attracting more and more young people from across the European Union - even from wealthier countries such as the Netherlands, Germany, and Austria. Mostly, they are being lured by the high standard of living in Lisbon, notably its by its splendid beaches and famous nightlife.

Benefits of the common market 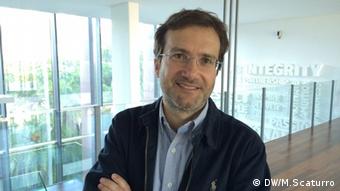 Chief Executive of Teleperformance Portugal is Joao Cardoso. In 1994 he founded a call center that was later acquired by Teleperformance. His success, he says, is due entirely to the EU common market and the freedom of movement of EU citizens.

"We were able to be a part of the decentralization trend in Europe," Cardoso told DW. "I remember 20 years ago, people were saying that the advantage of the United States was that services were decentralized and that the workforce was mobile. This was not the case in Europe. People did not move around - they would stay in their home countries. Markets were seen as local domains. But that has changed in the past ten years, because companies in Europe began seeing Europe as one marketplace."

The common market, Cardoso says, has made it possible for companies from across the EU to look for IT specialists and call center solutions that would allow them to outsource operations.

"In 2005, we got our first contract with a logistics company. We were able to show that we can offer outstanding service out of Lisbon in several languages."

Cardoso thinks mass emmigration of Portuguese in the past century played a key role in Lisbon's current transformation into a global IT and call center hub.

"Portugal has a lot of talent because we're a country of migrants," Cardoso said. "In the 1960s, we experienced huge waves of people emigrating to Germany and France. But a large number of people have returned. As a result, we have a lot of people who speak German and French at a native level." 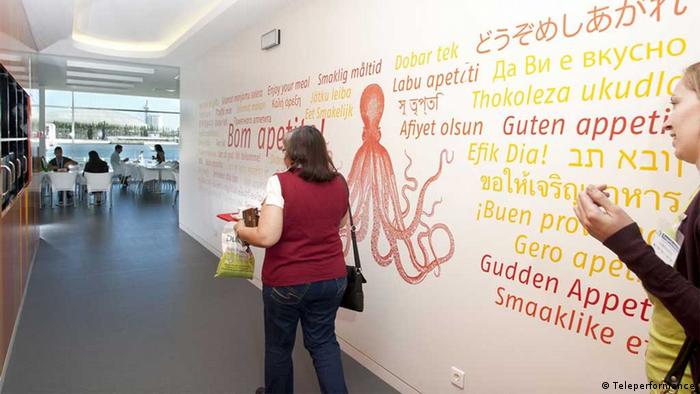 The many languages spoken by returnees is Teleperformance's main capital, helping the firm survive amid tough competition.

At Teleperformance's Lisbon call center, there are teams of three to five people grouped in up to 15 language departments. The agents' booths carry the logos of the companies they are promoting. From outside of the building, there are the logos of companies such as Philips and Netflix to be seen.

The staff includes about 1,000 employees that have been relocated from other parts of Europe. One of them is Vlad, a Romanian, who heads the German-language team.

"I moved here for this job. The country's culture and the sun were decisive factors," he said, adding that the chance to develop a career would make him consider staying "indefinitely" in Lisbon. 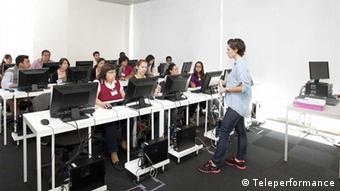 A floor higher up, where the Dutch language team is located, agents can be seen wearing orange t-shirts to show their allegiance to the Netherlands. They are responsible for technology support for Dutch consumer electronics giant Philips. Teleperformance has helped them move to Lisbon, provided adequate housing and pays them double of what the company's Portuguese staff earns. The wage discrepancy has led to discussions in the local media, but ordinary Portuguese seem to be taking it in stride.

"It's normal for the company to do this," said Joao da Silva, a 22-year-old motorcycle taxi driver, with a fluent command of English and a hope of landing a job with Teleperformance as well.

"They have to do this to compete. But what I'm wondering is, will it always be just telejobs or will they begin to offer higher value IT services, too, like Bangalore is doing?" he said.

Cheap labor and sunny weather are attracting tech investors from around the world to the Portuguese capital - transforming the city into a European startup hub. But can Lisbon dethrone Berlin as the next IT boomtown? (19.01.2015)

Portugal: Out of the bailout, out of the woods?

Portugal has had to pay a high price for its EU rescue funds. Now that the eurozone nation is leaving its bailout program, economists are at loggerheads over the impact of austerity and controversial reforms. (16.05.2014)