In a move aimed at increasing security and cutting costs, the German government says it will switch most of its administrative computers from Microsoft Windows to the Linux open-source operating system. 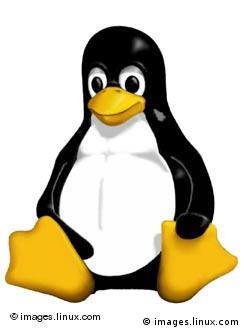 Tux the Penguin is invading Germany.

No, the South Pole creatures at the Berlin Zoo haven't escaped. The bird behind this feathery technology attack is the coat-and-tie clad mascot for the computer operating system Linux.

The German government said on Monday it had reached a deal with software giant IBM to deploy Linux software at all government agencies.

The move came as a serious blow to Microsoft, which had hired a small army of lobbyists in an attempt to sway Berlin in its direction. In the end, the government said it chose to enter into a cooperative agreement with IBM in order to save money and increase security.

In the wake of September 11, increasing domestic security has been a top priority for Schily. Shortly after the terrorist attacks, he began meeting with information technology leaders in the public and private sector to find new security solutions. The deal with IBM and the shift away from Microsoft came as a part of that work.

Though Linux is an open-source operating system - meaning it can be downloaded and operated free of charge - the German government has contracted with IBM to provide consulting and services related to its deployment.

In switching to Linux, the German government is joining a growing global trend. The American, Chinese and French governments have deployed Linux as a standard operating system in certain ministries.

It also comes at a time when Microsoft is planning a controversial restructuring of its pricing. Beginning in July, the company is seeking to charge an annual subscription fee to corporate and government users instead of a one-time fee for each version of a software product.

However, many organizations are content with purchasing upgrades every few years and fear that the new model will cause IT budgets to rocket.

One reason for the government's decision to go with Linux is that the operating system will make it easier for agencies to create their own applications.

Interior Minister Schily said program codes could then be posted publicly to help find errors or suggestions for improvement within the enormous and global open-source software movement.

Information technology departments at European universities, which lack commercial interests, could also be tapped to develop software for government enterprises.

Back in February, Germany's parliament, the Bundestag, decided to provide its elected officials with a choice of Linux or Windows operating systems on their computers starting in 2003.

The idealistic possibilities of using an open-source system led to a large political debate over whether the government should use Linux or Microsoft. Many politicians saw Linux as a more democratic option that would spur competition in a landscape where Microsoft controls the desktops of 90 percent of the government's computers.

Champions of Linux even started their own online petition earlier this year called "Bundestux: Penguins for Office." In a text appearing on the site, they drew the political battle lines.

"The democratic component is not simply in the increased security and flexibility of the software," the proponents argued, "but is more the expression of a broad democratic understanding that encompasses economic and technological developments. Based on these considerations it is plainly the duty of a democratic state to choose free software."

Microsoft, however, felt broadsided by the campaign. At the time, Microsoft Germany's chief, Kurt Sibold, accused the signatories of conducting a biased political campaign.

"What you are achieving by supporting this campaign is public discrimination, accusing our products and services of being undemocratic and an obstacle to democracy," he wrote.

Now, as the number of government computers with Windows and Linux increases, politicians will be able to make their own decisions about which platform is better. It is clear that, in the end, either Tux the Penguin or Bill Gates will prevail.

More information on the campaign to deploy Linux instead of Microsoft within the German government. (German only)

A new sanctions package, including an EU embargo on Russian coal imports, will be formally implemented on Friday after the bloc approved the measures.