Often looked down upon as "pidgin German," dialects are an important part of cultural memory and diversity. Researchers say the vibrant spectrum of regional variations of German is under threat. 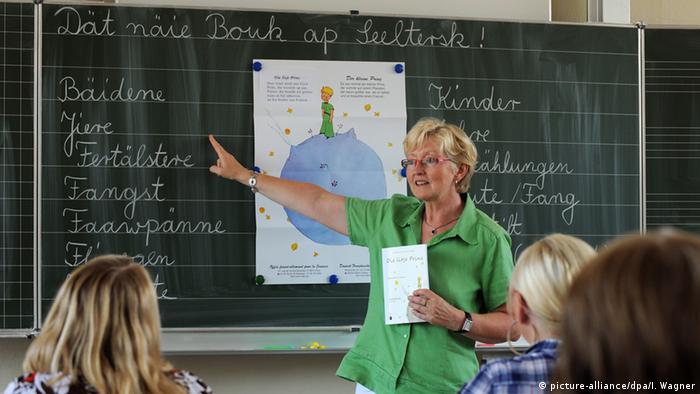 One recurring assertion in the debates about refugees in Germany has been the demand that migrants have to be fluent in German in order to integrate into, and function within, the society. Standard or High German is what's meant. But amidst the drive to get everyone who lives in Germany speaking "Hochdeutsch," others are concerned with preserving the many diverse regional dialects inside and outside the country.

Baden-Württemberg's motto is "We can do everything. Except speak proper German." Germany's third largest state proves as diverse as the local dialects in terms of landscape, cuisine and sights. (14.09.2016)

On Wednesday, September 28, the University of Erlangen is to host a four-day conference devoted to German dialects. Organizers say fewer and fewer Germans speak dialects, and many of those have lost some of their local color.

"For example, when we looked at Rhineland-Palatinate and Baden-Württemberg, we found that instead of the great number of local dialects there used to be, there are now two main ones that cover a large area," University of Erlangen linguistic professor Sebastian Kürschner told the DPA news agency.

The number of German dialects depends on how the term is defined, but by any reckoning dozens of them exist. What's also certain, however, is that there used to be far more.

The original Low German dialects of the Ruhr Valley, for instance, died out when the region was industrialized, with a large number of non-speakers moving there. And school authorities in Hamburg once estimated that the speakers of traditional northern variant of Low German declined from 29 to 10 between 1984 and 2007.

Increased mobility and the omnipresence of mass media are just two reasons why dialects go extinct. And that raises the question: Do dialects have anything to offer in the globalized world?

Diversity of language and thought

One of the obvious advantages of using a standard idiom like High German is that it allows speakers to communicate with larger numbers of other people. But precisely because they are spoken by smaller, more homogenous groups, dialects can be more complex in some respects.

The irony - some might say the paradox - is that standardized languages allowing large, heterogeneous groups to communicate threaten the existence of smaller languages and dialects crucial to the overall linguistic heterogeneity. UNESCO estimates that half of the 6,000 languages spoken in the world right now might disappear by the end of the century, and sees that as a threat to humankind's "cultural wealth." 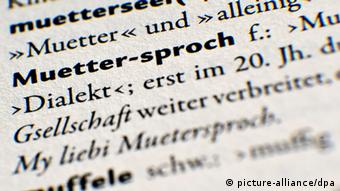 There are many different types of German dialect

Dialects are a major part of this linguistic diversity. Distinctions between dialects and languages often have more to do with political expediency than with any objective differences. Northern German Frisian, for instance, differs more from Bavarian in southern Germany than Spanish does from Portugese - even thought the former pair are considered dialects and the latter as two separate languages.

A simple example suffices to illustrate the point. Standard High German for "It rained and I got wet" would be "Es regnete und ich wurde nass." A translation into the sort of Low German spoken near Bremen might read "Dat het pladdert en ik bin wiet worn," while a southern German would tend to say something like "Es hat rengt und i bin nass gwordn."

No wonder that northern and southern Germans often had difficulty communicating.

German with a Texas drawl 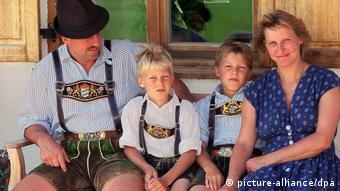 It rains far more in northern Germany than down south in Bavaria, which may be why Low German has more idiosyncratic ways of saying that water is pouring down from the sky. Dialectics are repositories of local specificity.

"Dialect has a lot of do with regional culture," Kürchner said. "Naturally, when the special form of expression of a region disappears, a part of regional culture goes lost."

Dialects of German also reflect the history of those who speak them and provide valuable information about the evolution of languages. Some of the more interesting examples come from Europe. Recognized German dialects exist in countries ranging from Romania to Chile to the United States.

One well-documented dialect outside German-speaking Europe is "Texas German," a variant with many grammatical irregularities and Anglicisms used in parts of the American state like the town of Weimar (pronounced "WHY-mur").  It's a remnant of a thriving German immigrant culture from the 19th century. According to the Texas State Historical Association, Germans represented the largest ethnic group in the state deriving solely from Europe and constituted more than 5 percent of the population.

Today, so few people still know this variation of German that one of the state's main universities has started recording speakers of it to "preserve the Texas German dialect as it reflects the rich cultural and linguistic traditions of its residents" and to "gather basic research information about language variety in order to understand the nature of language variation and change."

No one, of course, would suggest that newly arrived migrants in Germany be confronted with the full linguistic complexity of the native language's many dialects. At the same time, though, many scholars and lovers of language feel that the world would be a poorer place if there were no more Texans speaking their characteristically drawled version of the tongue of Goethe and Schiller.

It's the only language that you can drink: "Kölsch" is a dialect most Germans don't understand - and the unofficial language of Carnival in Cologne. Here are words you need to know to get by while partying in the city. (14.01.2016)