′Arrival′ linguist: ′I had never thought about communicating with aliens before′ | Science | In-depth reporting on science and technology | DW | 25.02.2017

In Oscar-nominated 'Arrival,' Amy Adams' character is asked to find a way to communicate with extraterrestrials who visit Earth. DW asked adviser to the movie Jessica Coon just how realistic it was. 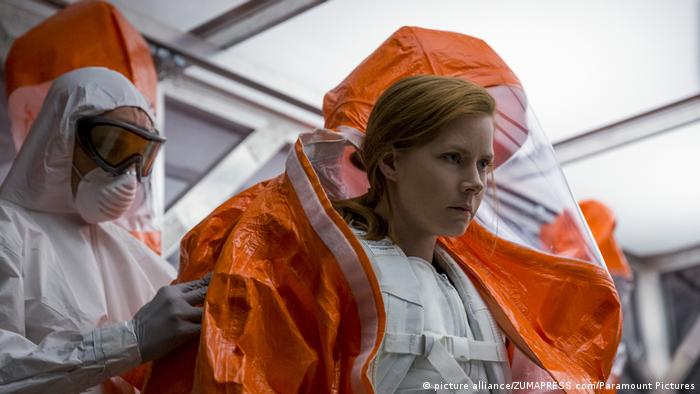 In the movie 'Arrival,' nominated for numerous Academy Awards this season, Earth is visited by aliens who appear to want to communicate. The only problem is, they have no way of doing so. With one of 12 strange extraterrestrial ships hovering over Montana, the US military asks Amy Adams' character, linguist Louise Banks, if she can work out a method. Jessica Coon, Associate Professor in the Department of Linguistics at Montreal's McGill University, helped the filmmakers with getting the linguistics right.

DW: The portrayal of linguists and linguistics seemed quite believable, was that the case and what were the challenges?

Jessica Coon: Part of my role in the movie was that I read different versions of the script and I was asked to give my feedback, and a lot of things they did incorporate and change. With some things, they told me very nicely that, in the end, Hollywood's main audience is not theoretical linguists, and we're not going to get everything right. I think that's probably true any time a physicist watches a sci-fi movie, so now as linguists we're feeling what that feels like for the first time.

I think on the whole they did a great job and I think linguists in general are very happy to see our field represented on the big screen. It's not every day when a linguistics professor is the hero of a Hollywood movie... so that was nice. There are a lot of things they got right there. The basis of the field work that they were doing - so interacting with the heptapods and insisting that you start small and can't just go straight to big complex questions. How did you get involved in the movie? What happened? Did they just call you?

Well, yes. It was sort of by accident. It was filmed here in Montreal and they originally reached out to a colleague of mine, Morgan Sonderegger. He works on sound systems and languages, so he helped put together some of the very alien sounds that you hear early on in the film.

At some point they wanted to talk with someone who had done linguistic field work - someone who had worked on under-studied, under-documented languages by going to places where these languages are spoken and working with speakers because that's the background that Amy Adams' character in the movie is supposed to have, and that's what I do in my own research. And so Morgan put them in touch with me.

How would this relate to the work you do with human languages?

An important discovery of linguistics is that human languages all share certain properties in common. They sound very different and the grammar differs in many important ways but, underlying, human languages share a lot of basic principles in common. As linguists we have a real advantage when we're working on a human language because if you show me a couple of sentences of a human language, I can start making pretty educated guesses about what I might start to find or not find in that language.

When it comes to working with heptapods (the film's aliens), we don't have that head start any more. We don't know anything about how different an alien language might be.

If aliens landed tomorrow in Montreal and you were asked to do the job, and if you were prepared to do it, would you go about it in the same way?

What I think any linguist would do is to associate sounds if you're working on in a spoken language, or the symbols, with the ideas that are conveyed. If you start with pointing to something like a book, I would assume I would get the word book.

It's about starting with concrete things and then slowly building up, so we get actions and slowly more complex constructions like linguists do in monolingual fieldwork situations, situations where there is no common contact language and I think that's what linguists would have to do if aliens showed up.

An important part of the film was the Sapir-Whorf hypothesis about language changing who we are. Are there clear examples with languages that show that?

The Sapir-Whorf hypothesis is the hypothesis that the language you speak constrains or determines the way you view the world and so learning another language might open up different world views to you. There's no scientific evidence that that is right in any significant way.

There are lots of studies that show there are very, very small effects. Different languages have different numbers of word for colors. In English we say light blue and dark blue, but we have the single word for blue whereas in Russian these are two completely different words - there isn't a single category of blue that encompasses these.

People have done things like experiments where they test people's reaction times and whether Russian speakers are faster at distinguishing between different shades of blue because their language has more words for blue than English. Experiments like these have shown that there are differences but these are differences are in milliseconds. 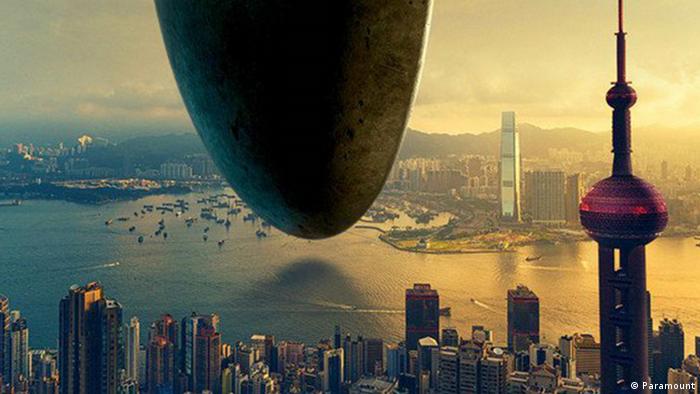 Where did the idea that language affects our world view come from?

It was originally Benjamin Lee Whorf and his mentor who was Edward Sapir. He claimed that because Hopi, a language from the southwestern United States, lacked certain words for time, that speakers' view of time was cyclic.

Linguists went back and looked at this language and found that there was no evidence that it behaved in any radically different or unexpected way compared to other languages.

We know a fair number of things about the grammars of languages of the world and we can't find correlations that say: 'Hey, with every language that has the verb in this position, everybody believes in this kind of belief.' We'd expect to find that if it were about the grammatical properties of the language determining your world view.

The circular logograms that the aliens use looked very interesting. Was there much debate about how they were created?

The logograms themselves were designed by Martine Bertrand, who's a Montreal-based artist who did some of the early design for them. I wasn't directly involved in the creation of them, but I think they look cool.

This is not a real language. They're very nice symbols and the set took a lot of work to make them consistent, but this is not like Klingon or Na'vi (from Avatar) where you can go and learn it. If you did there would be serious consequences (no plot spoilers here). It's art in the end.

Did you ever think you might end up working on a film that would be nominated for the Oscars?

I had no idea, no. It was a surprise. I had never spent any time thinking about communicating with aliens until I got the email from the film crew, but it's been fun. It's been great for linguistics and it's brought a lot of visibility to the field.

It's science fiction where fiction is the operative word here and I think that as a science fiction movie it really succeeds in using fiction to get the audience think through big, important questions that go beyond language.