Lignite, or soft brown coal, will likely remain a major part of Germany's energy mix, although its excavation cuts deep scars in the ground. One coal-rich region in western Germany is Europe's largest. 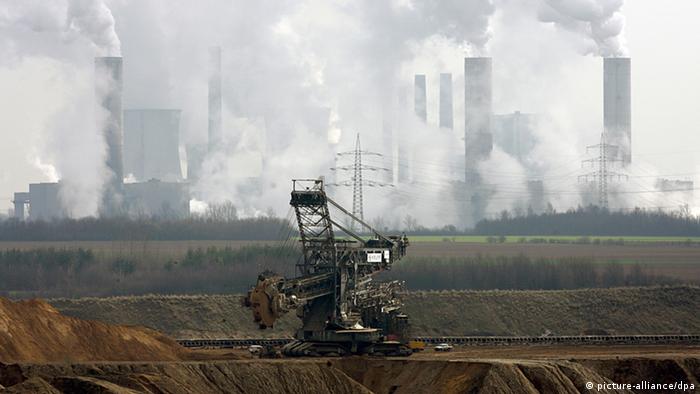 The smokestacks from the five huge lignite-fired power plants along the edges of the gaping open-pit mines between Cologne, Mönchengladbach and Aachen can be seen for miles around. They generate enormous quantitites of electricity, despite lignite coal being regarded as a major climate killer and cause of climate change. Burning lignite releases more carbon-dioxide than other fossil fuels, such as hard anthracite coal, natural gas, or oil.

Still, Germany produces more than 15 percent of its energy by burning lignite coal. The advantage is that Germany has large deposits and it does not need to import´it. The disadvantages are that mining lignite gobbles up land, forcing the relocation of entire towns, while damaging the surrounding environment for many decades.

The state of North Rhine-Westphalia's environment minister, Johannes Remmel, a member of the Green party, told DW, "We happen to have these power plants and they will remain a major part of the energy mix through 2050." 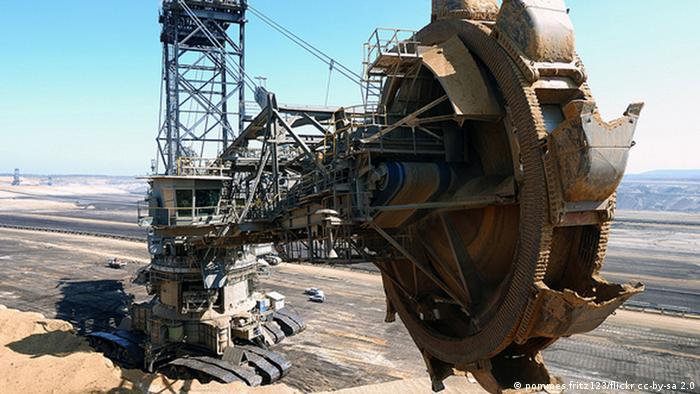 To be more precise, lignite was responsible for nearly half the electricity the company produced in 2012. That led to an increase in RWE's carbon dioxide emissions, which could have proved costly because the company had to purchase so-called CO2 certificates for the pollution. The certificates were created as a way of reducing global carbon dioxide emissions. But the price for certificates, which were planned to have a floor of 17 euros ($22) per ton of CO2, fell to less than 5 euros ($6.50), which eliminated any financial incentive to stop burning coal.

And so, 240-meter-long (787 ft.) and seven-story-high bucket-wheel excavators continue to dig deep into the ground. Under the farmland in western Germany there are seams of coal that go as deep as 210 meters underground. Every day, the excavators dig out enough coal to fill a row of trailer trucks 250 kilometers long. Created by plants, animals and forests over millions of years, the 1.3 billion tons of coal estimated in the region will be exhausted in 2045. 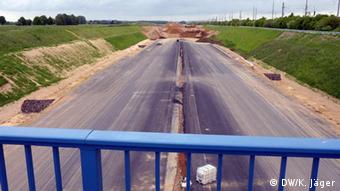 Its efficiency rate is 43 percent, which means the majority of energy that comes from burning coal is not used. This is because nearly half of the coal consists of water, which needs to be removed before it can be burned. By comparison, the efficiency rates of the most modern oil and gas power plants are about 33% and 55%, respectively. Nuclear power plants are rated around 30-32 percent. Hydroelectric is, by far, the most efficient at about 90 percent.

Little regards for people or nature

Made up of gravel, sand and water, the ground is too soft to hold stakes and chutes, which makes underground mining impossible. To get at all the coal buried in the area some 30,000 people will have to be relocated by 2045, erasing 80 towns and entire strips of land from the map. Three of Germany's autobahns are being rerouted at a cost of some 180 million euros - nearly 44 percent of which RWE will pay, with taxpayers covering the rest.

The 5,500-hectare (13,590-acre) Hambacher forest, called the last "old-growth forest" by environmental protection groups, will be cleared to make way for the massive lignite coal project. Rare and ancient British oaks, hornbeams, a kind of beech tree, as well as the Hazel dormouse and Bechstein's bats can be found in the forest. 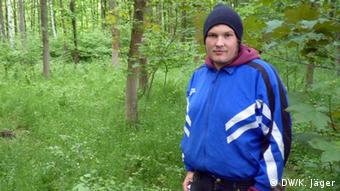 Andreas said everyone should be concerned about open pit mining

Environmental protection activists from around Europe have established a camp in the forest. Andreas, a 22-year-old from the northern German city Rostock, has lived in the camp for a year. "This is not just about the people who live here," he said. "The Earth is being destroyed here. It affects all of us."

But thousands of people have seen how difficult it can be to protest against energy companies after their houses, some up to 20 kilometers away from mining operations, were damaged by cracks in the interior and exterior walls as well as floor tiles. Courts said it was up to the people affected to prove the damage was a result of the mining.

Sinking groundwater levels caused the damage. Water was pumped out the ground to depths of 550 meters so the heavy machinery would not have problems getting at the coal. That buildings in the region sunk as a result has been shown by engineering surveys.

Frequent measurements by state environmental authorities have also shown that particulate matter has also been set free by the mining at levels higher than permitted by European Union regulations.

Claudia Kemfert, an energy expert at the German Institute for Economic Research said coal-fired power plants were inefficient and damaged the environment, and "only have the advantage that they promise the most profits over the short term."

From farmland to fun park 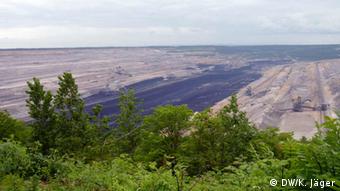 The Hambach open pit mine covers some 85 square kilometers

When the coal has been removed from the area around Cologne, Mönchengladbach and Aachen, the plan is to create a massive recreational area. The craters left behind from the mining operations will be flooded with water, some of which will come from the Rhine River, and turned into lakes.

The Hambach lake alone will have a surface area of about 23 square kilometers (14.3 square miles), and, according to estimates, will be ready by 2100 - at the latest.

A Berlin citizens' group wants to wrest control of the city’s electricity grid in order to promote renewable energy. They accuse current operator Vattenfall of failing to seek alternatives to fossil fuels. (15.05.2013)

The worldwide comeback of coal?

Coal is set to become more popular as an energy source, according to a recent scientific report. The emerging markets, shale gas, and low commodity prices are driving that trend. Germany also has a role to play. (20.12.2012)

No green light yet for clean coal technology

Carbon dioxide capture and storage is considered one of the key technologies to combat climate change. Germany’s recent decision to approve it has raised new concerns, while its future may depend more on EU-wide factors. (30.07.2012)