German consumer protection authorities have temporarily lifted a ban on a pesticide suspected of killing bees. Pesticide monitors fear the move is part of a broader pattern of turning exceptions to rules. 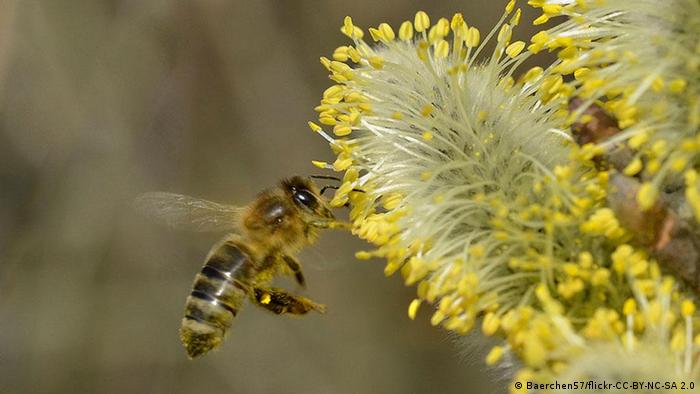 The German Federal Office of Consumer Protection and Food Safety (BVL) has temporarily lifted a ban on the insecticide clothianidin in six German states between mid-March and mid-July of this year.

Farmers are permitted to use it for 120 days to treat cornfields where "no other way" of tackling pests is possible. In this case, the target is the wireworm.

The chemical has been linked to bee deaths. An investigation into the death of millions of bees in 2008, conducted by Germany's Federal Research Centre for Cultivated Plants, found traces of clothianidin in the insects' bodies.

It concluded that stray clothianidin particles were responsible, blown off treated seeds by wind. 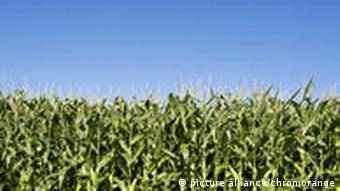 Clothianidin is being used on some German cornfields

The new permits for using the chemical - sold in Germany in the form of a pesticide called Santana - are based on a 2009 EU ruling that permits the use of banned pesticides in "exceptional cases."

The decision has raised concern among Germany's beekeepers and attracted criticism from the Pesticide Action Network Germany (PAN), which claims short-sighted business interests are being put ahead of the environment.

"More and more pesticide bans have been lifted each year since the ruling - not just in Germany but all over Europe," Carina Weber, head on PAN, told DW.

"We are not against the EU regulations, but the way in which they are applied. The farmers are not informed enough about alternatives to such pesticides."

Andreas Tief, a spokesman for the BVL, confirmed a rise in exceptional permits for pesticide-use in Germany since 2009, but said "the current situation is not comparable to what we had in 2008."

The BVL says farmers are more restrained in their use of pesticides, and that applications to use restricted chemicals were evaluated on a case-by-case basis.

"The current use of Santana is very controlled and restricted to isolated areas," Tief told DW.

"There are a lot of pesticides in use for different kinds of plants and situations, but when a pest appears that cannot be eliminated with any of them, there is a reason to take advantage of other means," he said.

PAN fears that the restrictions are not enough to guarantee apiarists' bees, which can stray five kilometers from their colonies, protection from the agent.

In a statement, PAN said beekeepers would have to decide whether to relocate their colonies or just "hope that their colonies don't become acutely or chronically poisoned."

PAN head Carina Weber said a rising number of exceptions to pesticide bans in the EU was not in harmony with the original purpose of the 2009 ruling.

"The original thought behind it was the possibility of using pesticides in emergency situations - for example, when pests spread disease - and not in 'business as usual' situations," she said.

Bees are considered especially critical to the environment, and agriculture, due to their pollinating behavior.

Growing world population and dwindling natural resources are creating a bottleneck for food security. Organic farmers in the tropics of Indonesia are leading the charge on experimenting with natural methods to control crop pests, which include creating a spray made of garlic and peppers, or cultivating a fungus that fights crop disease. (01.07.2011)

Although dangerous to both humans and animals, herbicides earn their makers millions every year. But Burkina Faso is trying to stop one dangerous weedkiller's use. (03.05.2011)

Bees are vital to agriculture. They pollinate more than 70 of the 100 crops which make up 90 percent of the world's food supply. That's why experts are wary of declines in bee colonies across the globe. (12.03.2011)