Why a mobile-technology revolution needs teachers | World | Breaking news and perspectives from around the globe | DW | 02.04.2015

Why a mobile-technology revolution needs teachers

Mobile tech is revolutionizing banking and farming in Africa. But when it comes to education, it's increasing the gap between rural and urban communities. The solution to this dilemma may surprise you. 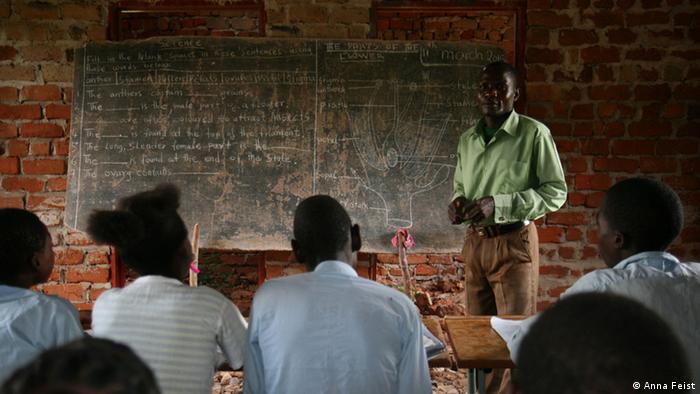 When it comes to education, it's rural Sub-Saharan Africa that needs a revolution most: 56 million people aged 15-24 in haven't completed primary school, while 774 million people - two-thirds of them women - cannot read or write. With an estimated 635 million mobile phone subscriptions currently in the region, many are pinning their hopes on mobile technologies such as free online learning materials, math apps and offline encyclopedias to help tackle the problems.

The thing is, though, many of these hundreds of millions of subscriptions aren't providing any real educational benefit. The massive funding being pumped into e-learning technologies has yet to reach entire regions of Sub-Saharan Africa.

Like Northern Tanzania. Thomas Lazier, a 33-year-old primary school teacher in Monduli village doesn't use technology in the classroom. His pupils rarely have Internet access and if they do, they only use it to communicate with family and friends. "There is so much money being wasted in developing technologies. Supplying thousands of laptops doesn't work in rural areas. Pupils here often don't even know how to read and write, so how would they know how to use a laptop?" 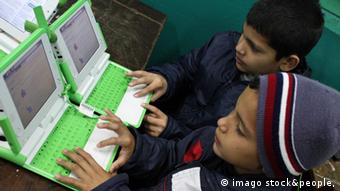 Some countries also face widespread educational inequality and marginalization. In Chad, the poorest children spend as little as one year in school, while wealthier kids on average receive 6.7 years of education. Zambian and Tanzanian school kids are slightly better off, with the average time spent at school ranging from 4 to 8.9 years in Zambia and 3.9 to 6.9 years in Tanzania, according to the nonprofit research project Africa Learning Barometer.

In Sub-Saharan countries such as Uganda, Namibia and Rwanda, mobile coverage outside urban centers is slow and expensive. Here, the cost of maintaining a network tower is typically higher than the money it generates. People often use multiple SIM cards to take advantage of several low-cost deals, which explains the staggering 700 million in use on the continent. However, mobile penetration in Sub-Saharan Africa - the number of unique active mobile phone users within a population - amounts to just around 38 percent, the lowest worldwide. Priced at $50, even low-cost handsets are more than many can afford. Typical mobile-phone owners in Sub-Saharan Africa are those with money: male, (already) educated - and urban.

Due to better mobile coverage, students in urban areas have an easier time benefiting from projects like Worldreader, an NGO that provides e-readers and is installed on 3.9 million handsets, as well as social networks like MXit and free distance-learning programs at online universities.

In all these developments, there's an inherent danger of increasing the disparities between urban and rural communities in education, prosperity and quality of life. "You can see the gap between the two increase, which means the inequality increases," says Niall Winters, Oxford professor and innovational education expert.

"Eventually you have to prioritize or give a preferential option to people who are in more marginalized situations in order to support them," Winters tells Life Links. "Technology isn't going to give you an easy shortcut in that process." 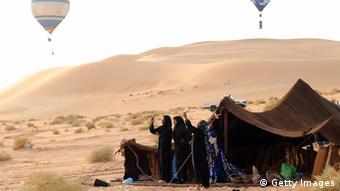 The gender gap also affects access to technology in sub-Saharan Africa. Women are 23 percent less likely to own a mobile phone than men.

There's also inequality between boys and girls. In eight African countries, nine out of ten girls have no secondary school education. Alongside Arab states, schools across Sub-Saharan Africa have the lowest gender-equality rates of any region in the world. And the mobile revolution might not solve the problem, either: Women here are also 23 percent less likely to own a mobile phone than men.

"Thinking you can equalize training opportunities simply by putting them online is simplistic," says Winters. "These are the issues women face anyway; mobile isn't going to overcome those. It's too embedded of an issue. Sometimes, if there's a choice between brother and sister, the brother will get the phone. We've even seen cases where a phone was taken away from the sister and handed to the brother."

How to close gaps in education and technology?

The solution seems a little counter-intuitive. In order for the utopian dream of self-directed mobile learning to successfully close gaps in education, technology and gender, only one thing can truly help: empowered teachers.

However, the shortage of teachers is palpable. An estimated 6.2 million teachers will have to be recruited by 2030 to cover the needs of all students in Sub-Saharan Africa. Paying their salaries would mean additional costs of $5.2 billion per year.

Although Sub-Saharan African countries are increasing the amount they spend on education (7 percent of GDP in Tanzania, 1.3 percent of GDP in Zambia), most countries currently "spend at least 10 times more on a university student than on a primary school pupil," according to data analyzed by the Guardian.

While computers may be cheaper than human instructors, replacing teachers with technology is not an option, according to Payal Arora, whose research at the Erasmus University Rotterdam focuses on the cultural impact of mobile learning. Arora says it's "ludicrous" to assume that teachers could be replaced by technology.

"That's like saying telemedicine can replace a doctor. A good teacher will not at all be threatened, because technology can be a powerful pedagogical means to engagement," she adds.

Teachers are also needed when it comes to tackling the gender issue - teachers like Innocent Banda, who is fighting to convince families in rural Zambia to send their daughters to school.

His efforts have paid off, with equal numbers of boys and girls attending his classes: "If I can force these girls to go to school, one day they will remember me and say: Mr. Banda ... was trying to force me to go to school. Can you see what am I doing now? They would be proud of that."

According to a 2012 UNESCO report, there's an increasing demand for teachers who can teach both the basics, such as literacy and numeracy, and skills relating to online communication and critical thinking.

There are also online resources to help teachers do that, especially distance learning courses. The University of South Africa (UNISA) and the all-online African Virtual University (AVU) are two institutions providing teachers with course materials, as well as interactive sessions and personalized feedback for free - assuming teachers have at least occasional online access.

Sofia Alexandre of the donor-based AVU remembers her own experience teaching high schoolers in Gabon: "[The] textbooks were decades old and had already been used in Portugal."

"Students didn't have the books teachers were using," she says. "In fact, they did not have any books. It's not acceptable to still use the same information that [teachers] have used for ages."

Another initiative aimed at helping teachers and students alike is the Microsoft Math program which is particularly targeted at huge classes of 100+ pupils, a common scenario in much of rural Africa. The app, which runs on every Internet browser, even with the slowest connections, helps teachers set up learning groups and monitor students' progress in math. The material is developed and tested by local teachers. 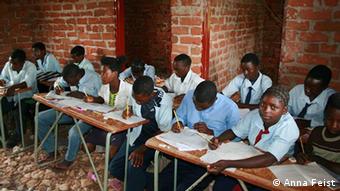 Turns out technology won't replace the need for teachers. Primary school children in particular need the guidance of a human teacher - not just for math and biology.

To take advantage of these resources and to teach their students increasingly essential tech skills, teachers need to be familiar with technology themselves. "[The few] teachers we have here have little knowledge about technology. It's hard for them to understand the information and even harder to give it to students," says Thomas from Tanzania.

Payal Aurora says it's also a question of "overworked and underpaid" teachers finding the time and resources to learn how to use technology. "I already do so much that doesn't appear on my payslip. It's exhausting."

Pay is a problem in general. Most parts of rural Tanzania, where Thomas teaches, are unattractive, poorly paid work places for teachers. "[We] need more incentives, like healthcare, training or an adequate salary" in order to stay in villages, he says.

But all too often, that is not the case. Teachers in Niger for instance earn an average of 100 Euro per month - making it difficult to afford laptops and other devices. If teachers there have to pay out of pocket for their own training, even the greatest distance-learning course won't make an impact. "[Technology] is a compelling starting point, but the problem arises when we look at it as an ending point too," says Arora.

Still, if technology can be developed in tune with local needs - as a tool to assist teachers rather than replace them - it has the potential to expand both students' literacy and their worldviews. As this happens, teachers will be needed more than ever to help pupils navigate the new digital reality. And the more technology there is out there, the more complex a teacher's role is set to become - not just in Africa.

As UNESCO holds its second Mobile Learning Week, DW takes a look at how technology is being used in African countries and what can be done to take advantage of Africa's mobile connectivity. (17.02.2014)