Former UK Prime Minister Tony Blair has been made the subject of an opera to be performed next year. It has been billed as a "reckless reappraisal" of his life and political career. 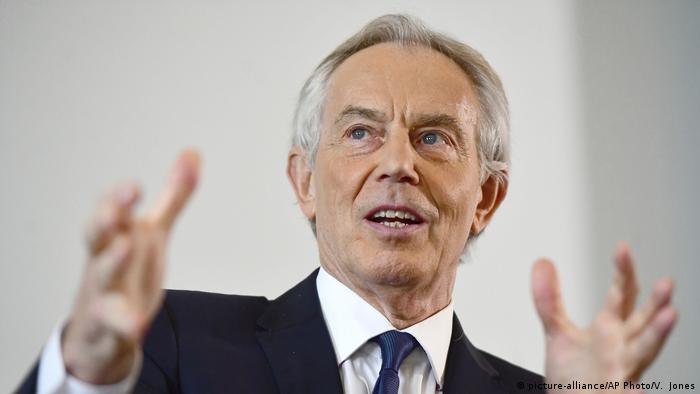 Tony Blair is now the subject of an opera

An opera whose subject is former UK Labour Prime Minister Tony Blair is to open next year in London, with the late Iraqi dictator Saddam Hussein and Princess Diana also among the stage characters.

The work, entitled "Tony! (A Tony Blair Rock Opera)," has a libretto by comedian Harry Hill and music by Steve Brown. It is to be performed as part of a theater festival at the Turbine Theatre next to the historic Battersea Power Station from February 4-6.

The spectacle has been billed as "the story of how one man went from peace-loving hippy and would-be pop star to warmongering millionaire in just a couple of decades."

Blair, 67, who was in power for 10 years from 1997, enjoyed initial popularity for his social and economic reforms but came under fire from many for supporting the US in its 2003 invasion of Iraq to oust Saddam.

He is also known to have harbored early musical ambitions, and once played guitar in a band.

Publicity for the opera said that its story plays "fast and loose with the facts."

Blair was Britain's youngest prime minister since 1812 when he took office at the age of 42, ending 18 years of uninterrupted Conservative rule.

Since leaving office, he has been a Middle East envoy and has also established the Tony Blair Foundation for Global Change, which says its mission is "to help political leaders build open, inclusive and prosperous societies in an increasingly interconnected world."

However, he has remained the target of criticism for receiving large sums of money for work done in the private sector, including for autocrats.