DW-WORLD caught up with Andy Bell and Gem Archer from Oasis before the British rock band's Düsseldorf show on their current world tour to find out what life is like on the road with the Gallagher brothers. 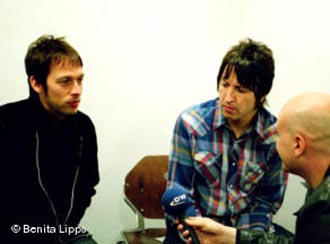 Bass player Andy Bell and guitarist Gem Archer joined Oasis five years ago after two of the original members left the band. Since then, they have played on two albums and have toured the world's stadiums a number of times while living at the heart of one of Britain's most notoriously combustible rock bands.

DW-WORLD: You've both been with Oasis since 2000, what’s changed in the band over that period of time?

Andy: The ship is a lot steadier than it used to be. When I think back to the first couple of tours we did, it was pretty chaotic.

Gem: We’re older and wiser…and we've got a different drummer now, that’s the biggest difference really. But it’s ever changing.

DW: When (previous Oasis drummer) Alan White left the band, did you have any thoughts of "what have I got myself into"? 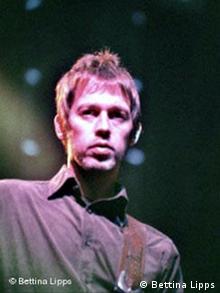 Andy: I did get that feeling when Noel left, which was quite soon after we joined the band. Noel had a big row with Liam and took off for about two months in the middle of the tour. That was a bit of a weird one but when Alan left, that was in between tours at the end of a long break so that didn’t really interrupt anything.

DW: But that didn’t make you think that you’d made a bad choice joining Oasis?

Gem: No, not at all. Anybody who knows the band knows that it's all about the chaos and I do remember Marcus (Russell) our manager saying when we joined, "a month in Oasis is like a year in any other band" and it still is.

Andy: And you can see that because we've aged twenty years in the last five.

DW: The band seems a more diplomatic concern these days, with everyone taking on song writing duties. Was that a very organic thing or was there a meeting where Noel sat everyone down and said, "I need you all to pick up the slack"?

Andy: There aren’t any meetings! You only get meetings if there’s a big crisis. We just let it organically move forward.

Gem: We can't speak for what it was like before our time but it just evolves, whether you’re just doing demos in the studio or talking about what you’re going to do in the sound check. I suppose back in the day it was more like "right, we’re doing this."

Andy: It just seems like it's been organic and we came into the band at a time when there was a space for songs. I think if we would’ve come into the band when Noel was in his first song writing flush, the first era, there wouldn’t have been space for it.

Gem: He was white hot. Liam was in the pub constantly, he'll be the first to admit that, so Noel had the responsibility.

Andy: And it was Liam who opened the door really when he started writing. Then Noel probably thought, "well there’s space here for more than just my tunes" and then we came along soon after.

DW: Over the past two albums, you've both contributed songs. Is there a chance the distribution of labour will be expanded and that we’ll be able to hear your songs in your own voices in future?

Gem: I don’t think that'll happen. Liam is the singer and Noel sings as well.

DW: But you were both singers in your previous bands…

Gem: I enjoy singing but Oasis for me is those two voices.

Andy: That would be a step too far. I think I'd resign if that happened.

DW: Andy, your song "Keep the Dream Alive" on the latest album ("Don’t Believe the Truth") seems to deal with the loneliness of being on the road. Is touring something you both still enjoy?

Andy: I actually wrote that for the German football team…

Gem: I completely still enjoy it, man. The bad thing is missing your kids. Even then you have to explain it to them that it's got to be done. I could be driving a cab, I could be on an oil rig…When we're at home, we're all there all the time. If you don't get a buzz from being on tour, you're in the wrong game, man.

DW: Is touring something that has gone to another level since joining Oasis? 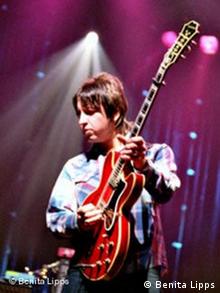 Gem Archer puts his guitar through its paces for the German fans.

Gem: Definitely. But all of us are from the old school; we've all done that up and down the motorways thing, sleeping on the amps and all that. We've heard the stories of when Definitely Maybe (Oasis' debut album) was out; Bonehead (original Oasis guitarist) was driving the van. We know what it's like.

Andy: When I was doing the tours with my previous bands, I always wondered if it felt different to be in U2 or something. What's their daily routine? And when you get that routine of being in a huge band, it isn't essentially any different than when you were all squeezed into a Transit van. It's just bigger halls, more people, but you’re still sitting in a dressing room with your mates before the gig…

Andy: You still wake up and feel like a rabbit's shat in your mouth at 3 a.m. when you’ve got to leave the bus and get into a hotel for a day room that you have to leave six hours later…still pulling your bag along a corridor with your hair all over the place…trying to find your room…But that's great though, I’m not complaining.

An Interview with Oasis' Noel Gallagher

Back after a hotel brawl forced them to cancel dates last December, British band Oasis rolled into Germany for a string of gigs this week. Noel Gallagher talks to DW-WORLD about music and 'stupid little boys in bars.' (March 18, 2003)