An Interview with Oasis' Noel Gallagher

Back after a hotel brawl forced them to cancel dates last December, British band Oasis rolled into Germany for a string of gigs this week. Noel Gallagher talks to DW-WORLD about music and 'stupid little boys in bars.' 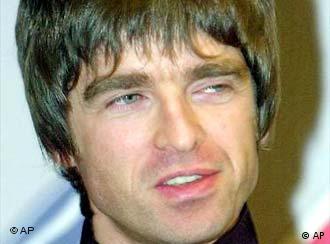 After an incident in a Munich hotel in December left singer Liam Gallagher in police custody and missing his front teeth, British rock band Oasis cancelled the remainder of their German tour dates amidst familiar controversy.

On Saturday, Oasis finally resumed the German leg of its tour, and the band's main creative force and lead guitarist, Noel Gallagher, took time out from a sound check at Munich's Zenith venue to talk to DW-WORLD about Germany, the tour and the now infamous hotel brawl.

The crowd at your last concert in Düsseldorf was extremely enthusiastic. How do audiences in Germany compare to others around the world?

Well, I never compare them because they’re all different -- the Australians, the Swiss, the miserable Dutch -- but that was a particularly lively German crowd, I must say. These aren’t small gigs we’re playing here. There’s this idea that we’re big in Britain and nowhere else.

This is not the first time a band has had to reschedule a concert, but in your own experience, when it happens, do you feel you owe the fans more when you come back?

No. This is rock 'n' roll, not a charity handout. I don’t care who you are, why you’re here, what you expect. If you buy the ticket then you’re going to get the show we put on. And if you don’t like it, you know what you can do.

The last time you were in Munich, the international press had a field day over the hotel incident. Why do you think the press continue to focus on the negative things that happen around the band?

You mean the stuff that happens around Liam? It’s all about alcohol and stupid little boys in bars -- and it sells papers. The press say they love to hate us, but in reality they love to love us. The sad thing is that when they look back over 2002, what they will remember Oasis for is not the fact that we sold over 3 million records last year or that I nearly died in a car crash, they’ll remember Liam getting his teeth smashed in.

In an interview you gave last September, you made several references to wanting to distance yourself from the bad boy image. Does it frustrate you when Liam or the others get themselves into situations that reinforce that image?

Yeah, it does. You can’t keep that up at 35. I see myself having another five years in the band and then I’ll do something else. I think it’s sad when you’re 40 and you’re still pretending to be a gang. I won’t be doing this when I’m 41. Only the Rolling Stones are doing it and they haven’t done anything good since 1971. I can’t see myself doing that. As for Liam in spandex, leaping around like Mick Jagger, I think he really is sad enough to still be doing that when he’s middle-aged.

Let’s get onto the music. What’s next for Oasis?

Don’t expect too much. There’ll be another album, but I don’t know when. After this tour, I’m going to go home and have a normal life. These shows we’re doing now should have been done in the summer. We’ve rescheduled these dates twice now and to tell you the truth, I need a break from the band and a break from music. We should have finished in Melbourne but what with one thing or another we had to come back. So I’m up for a rest. The others will probably go back in the studio, they don’t need me around anymore to do that.

Live on stage, Oasis look and sound leaner and fitter. The latest line up seems to be going from strength to strength. 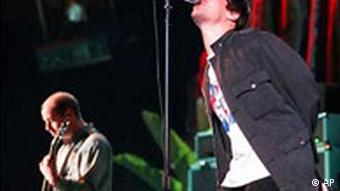 Someone just told me that we’ve been together since 1999, two more years and it’ll be longer than the original lineup. The thing is that we’re all very talented musicians. We all know we can do it and that makes a difference. With Gem (Archer) and Andy (Bell) on board, we’re all very good at what we do. I’m no Jimi Hendrix, but I know that I could play guitar in any band in the world. And that comes across when we play live.