Life after prison: re-entering society is no easy task

#drugtrap’s Dominik will be released from prison next year. He’s quit drugs and wants to turn his life around. But prisoners often struggle to find a place in society after their release. What support do they need? 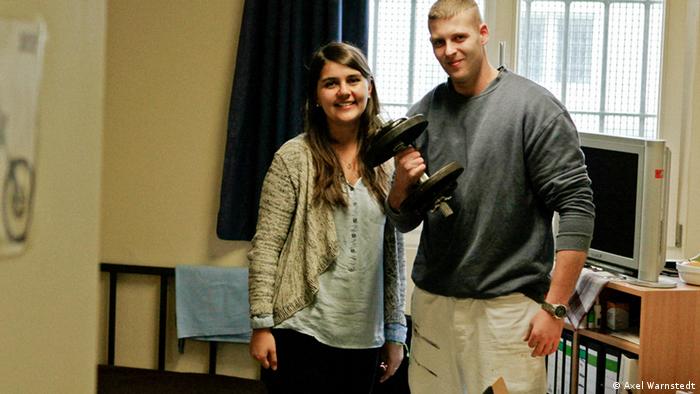 “I learned that I can change my life even though it’s a hard thing to do. I want to get a job, to make a living. I don’t want to go back to drug abuse and dealing,” 24-year-old Dominik told Life Links.

The convicted drug dealer is determined not to let his criminal record hold him back. He wants to make the best possible use of his freedom once he’s released from Geldern prison in western Germany.

There are a number of factors which determine the likelihood of successful rehabilitation. How prisoners develop psychologically during their detention is key - it’s seen as a main factor in whether or not they’ll re-offend.

Drug addiction is a major determining factor of how prisoners’ lives develop after their release. Resisting the temptation to take drugs is arguably more difficult inside than outside the prison environment. “One hundred percent of inmates have access to drugs. There is no prison that is completely drug-free,”says Bernd Maelicke, a lecturer and former rehabilitation adviser.

For some prisoners, detention is an opportunity to practise restraint. “It’s part of rehabilitation”, says Maelicke. “In the outside world, anyone can access drugs but it’s tougher when you’re in an institution.” 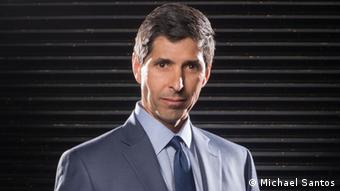 Another issue affecting the success of rehabilitation is the sudden loss of perspective experienced by prisoners, especially those serving longer sentences. Michael Santos served 26 years in prisons around the United States after being convicted of selling cocaine in 1987. He was 23 years old at the time.

He describes how his life went downhill after entering prison: “All that I could see were days turning into weeks, weeks turning into months, months turning into years, and years turning into decades,” he told Life Links. “The magnitude of troubles I had created for myself tormented my mind. As I lay in a jail cell, with walls closing in around me, I didn’t know how to make sense of my life.”

Maelicke says building relationships between social workers and prisoners is crucial in preparing them for re-entry into the outside world. The process is known as “transition management.”

While transition management is in place in several Western European countries, experts say the penal system in the United States is lagging behind. Lack of funding for rehabilitation programs as well as mandatory sentences for particular crimes are considered some of the biggest factors preventing successful rehabilitation.

Reforms experts are calling for include introducing substance abuse treatment facilities, psychotherapy, medical care and showing prisoners “the same degree of respect and kindness as we would hope they would show to others after they return to the community.”

Educational programs are also considered vital. #link:http://www.ihep.org/sites/default/files/uploads/docs/pubs/learningreducerecidivism.pdf:A 2005 analysis# found that the number of re-offences decreased by 46 percent among people who participated in education programs in the US.

Michael Santos is a particularly fine example of successful rehabilitation. During the first nine years of his sentence, he completed a Bachelor and Master’s degree and launched a publishing career. “I made a 100 percent commitment to prepare for a successful return to society, and that commitment carried me through 9,500 days of imprisonment”, he says. 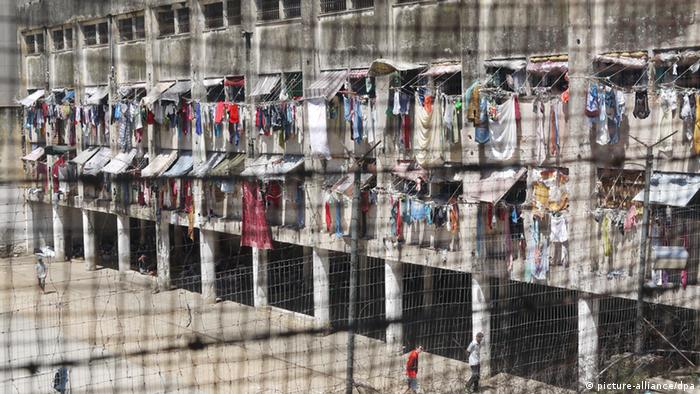 The Prison Entrepreneurship Program (PEP) is a Houston-based initiative that aims to transform inmates into entrepreneurs through hard work and investment; it also challenges society to rethink the criminal justice system.

Charles H., a 34-year old who served four years in two Texan prisons, acknowledges the degree of discipline the program requires - and its long-term benefits: “You cannot be a slacker and be a part of this program. It was normal to wake at five in the morning and work until five or six in the evening. If you can be successful in PEP, you can be successful in the real world.”

However he acknowledges: “I guess I had some fear about whether I could accomplish all of these lofty goals I had set for myself. There has never been any fear of returning to prison or to the old life. I’ve had more than I ever wanted of both experiences.”

One German-based initiative, known as “Resi” recruited experts to care for ex-prisoners’ accommodation, working environment, debt management and to intervene in crises up to six months after their release. The project lasted for three years and saw reoffending rates decrease from 50 to 13 percent. However, the scheme was dropped in 2012 due to funding cuts.

Maelicke highlights the importance of supporting prisoners after their release. “These people need stability,” he says, adding “I think it’s actually a crime to release someone after ten years and just say ‘Good luck finding your way!’”

How easy is breaking free after decades behind bars? 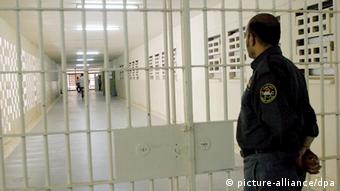 But avoiding crime is only one challenge prisoners face. Other obstacles awaiting individuals upon their release are court fees, insurance costs, debt and often broken family bonds. In the UK, an average of 45 percent of inmates #link:http://www.telegraph.co.uk/women/womens-politics/10595006/Vicky-Pryce-I-admit-life-after-prison-isnt-as-easy-for-other-women-ex-offenders.html:lose touch# with their families while in prison.

Even seemingly trivial things can become problematic. Choosing what to eat, what time to go to sleep at, learning how the internet works and how to behave in traffic can prove challenging. Maelicke said: “The longer someone has been imprisoned, the harder it gets to find their way back into society. Inside prison they are stripped of every right and become less fit for life outside.”

Ben Gunn, a former British prisoner, described his release after 32 years to be “deeply disturbing” #link:http://www.theguardian.com/society/2013/sep/15/ben-gunn-murder-love-life-after-prison:in The Guardian#: “I could see where I was in prison. I knew who I was and what I wanted to be. But that [prison] was a very small world, and this one is infinite. It's an identity thing. I'm completely lost. I'm imploding.”

Many prisoners also feel rejected by society once they are released. Prejudice, intolerance and stereotypes abound; this affects those who have used their time in prison effectively as much as those who have not.

Academics and criminal experts underscore the responsibility society has in taking part in the rehabilitation process. Trusting ex-prisoners to turn their lives around can turn into a self-fulfilling prophecy.

The Telegraph: "I admit, life after jail isn't as easy..."

The Guardian: Murder, love and life after prison