Politicians in restless Libya have called on the United Nations to take measures to protect civilians. How this could be done, however, remains unclear. The international community's options are limited. 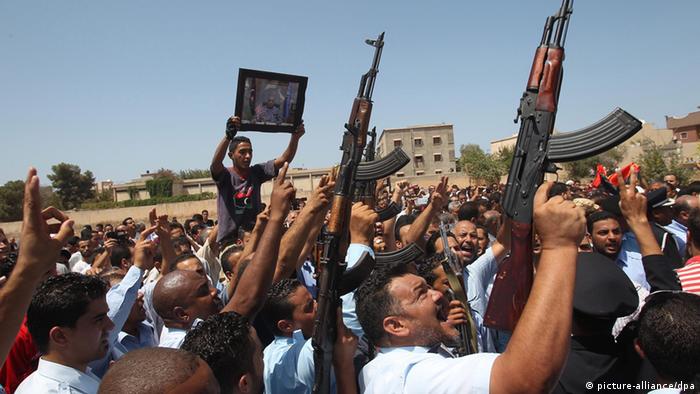 The appeal came from Libya's far northeast in the coastal city of Tobruk, near the border with Egypt and around 1,000 kilometers (620 miles) east of the capital Tripoli. That's how far the newly appointed parliament has fled to escape the attacks and shootings in the capital.

Libyan politicians urged the United Nations to take steps to protect civilians and institutions in the north African conflict zone. They did not specify what the international assistance should look like in Wednesday's appeal, issued amid continued unrest around the country. The majority of international embassies and the UN aid mission for Libya, UNSMIL, pulled out their staff long ago. 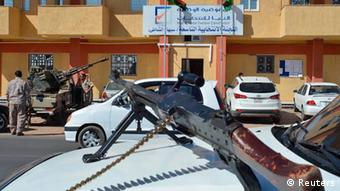 Libya analyst Wolfgang Pusztai said the parliamentary request amounts to the authorities waving their own white flag. "This is an admission from this democratically orientated group, saying that they are finished politically," the former Austrian defense attaché in Libya told DW.

Yet Pusztai also said Libya's recently elected parliament is not representative of the entire population, because "voter turnout was extremely low." What's more, voting was not possible in some regions: "Above all, the people with an interest in democracy went to the polls." Pusztai said many supporters of the Islamist Muslim Brotherhood stayed home on election day.

For Mattia Toaldo of the European Council on Foreign Relations (ECFR), Wednesday's move was partly political and partly legal. On the legal side, parliamentarians were seeking to remind the United Nations of the Security Council's still-valid Resolution 1973 issued in 2011 during the uprising against Moammar Gadhafi. The resolution emphasized the importance of protecting the civilian population. "Politically, the Libyan request calls on outside powers to do something as Libya has been neglected because of other crises," Toaldo told DW. 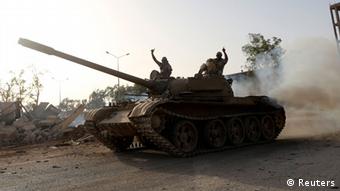 Islamist fighters are among the Libyan militants

Although overshadowed by the conflicts in Ukraine, Syria, the Gaza Strip and Iraq, clashes between rival militia in Libya have continued to intensify. The fighting involves a number of groups in various regions, representing regional, religious or political interests. More than 200 people were killed in the conflict in July alone. Five people died in rocket attacks in Tripoli on Wednesday as politicians launched their UN appeal.

According to Pusztai, the conflict cannot be accurately boiled down to a fight between Islamist and secular bodies. Nevertheless, he accepts that advocates of political Islam currently claim the Misrata region as a stronghold, while the city of Zintan has become a focal point for their opponents.

Libya's parliament has long sought to dilute the power of the country's militias - many of which currently belong to the country's official security apparatus.

"That's the irony of the Libyan confrontation, most of the militias are formally integrated into the official Libyan security forces and receive government salaries," political scientist Toaldo said. Politicians have tried to stop the payments to some of the fighters, but they may not manage to do so. Toaldo added that stopping the payments for certain militias could trigger further fighting. 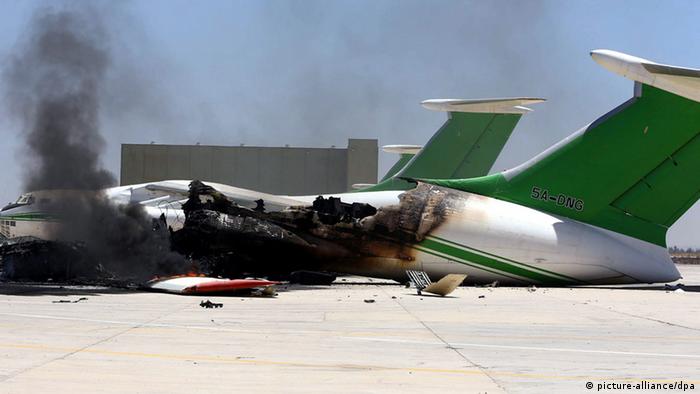 Pusztai said the international community has four options. The first is business as usual: supporting any negotiations or alternative efforts to quell the conflict. To this end, he said countries like Qatar and Turkey should be more closely involved. "But I do not believe that a great success can be logged in this way," Pusztai cautioned.

The second possibility would be to undertake all available means to contain the fighting: closing off Libya's borders and perhaps providing humanitarian aid, but taking international intervention efforts no further. "Yet this would mean that the international community would effectively concede that its [2011] intervention in Libya was a mistake," the former Austrian attaché added.

Third on Pusztai's list is an attempt to rebuild the country starting from Tripoli. However, with the capital so insecure, he does not consider the option to be achievable at the moment.

Finally, a limited international peacekeeping mission could be sought. This would represent roughly the desire of Libya's parliamentarians. The goal would be to re-establish a government in Tripoli itself, and then expand its authority to other parts of the country, mostly without international assistance.

"I don't see any inclination among leading countries to do something like this," the ECHR's Toaldo said of an international intervention in the country. Italy and Egypt may have indicated a willingness to do more, but they failed to define what that might include. Even if a peacekeeping force were deployed, the next question would be where to deploy them.

"Libya doesn't have one front line, it has 20," Toaldo said. To make matters worse, even Libya's cry for help was not a unanimous plea: many militias currently have no interest in stopping the fighting.