A decade of conflict and instability in the North African country has not only taken its toll on people but also on nature. Will environmentalists succeed in protecting Al-Jabal al-Akhdar, a forest surrounded by desert? 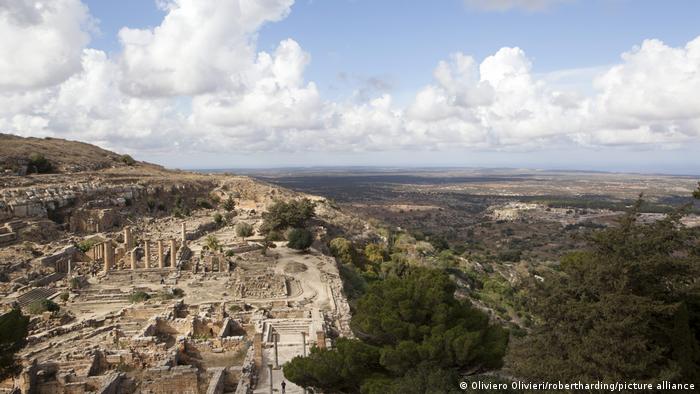 A decade of conflict has set conservation efforts back

While Libya has beentorn by conflict between various political and armed factions over the past decade, some have been waging a different kind of battle: a fight to save the country's greenest land.

The North African state, which is almost entirely covered by desert, hosts a rare forested area, cut by several valleys, known as Al-Jabal al-Akhdar, or the Green Mountain. The mountainous plateau runs between Benghazi and Derna in northeastern Libya for about 350 kilometers (220 miles) on the Mediterranean coast and is known for its plant diversity. It hosts 70% of Libya's flora and several archaeological sites.

Al-Jabal al-Akhdar is estimated to cover about 943,000 hectares (2.3 million acres) and nearly half is forested, according to the government's center for agricultural studies. Sheikha Sallam, head of the media bureau at the center, says between 2005 and 2019 the area lost around 14,000 hectares of forests. The rate of loss, however, accelerated after 2011, as more people were emboldened by the country's political instability to embark on unplanned construction and clear-cutting. 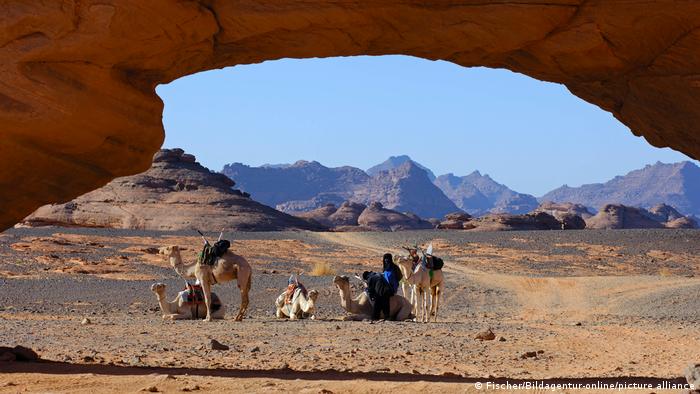 "The deteriorating security situation and the spread of weapons and chaos in addition to people's need for money, led many to resort to cutting trees to sell wood," Sallam said.

The 2019 Tripoli war made the situation even worse. Since armed forces were already depleted from previous battles, the eastern-based Libyan National Army started recruiting from the police, leaving the region with even less security, said Major Saed Yoins, head of the patrols unit with the Al-Jabal al-Akhdar agricultural police, which oversees the forests.

The police confirmed that they have been receiving a growing number of complaints about clear-cutting.

"For the Shahhat town [in the mountains] alone, we received over 100 complaints between 2018 and 2020 about the cutting of more than 9,000 trees, including endangered species," Yoins said. He added that tree-cutting usually ramps up ahead of Eid al-Adha, when demand for charcoal and grilling equipment increases. 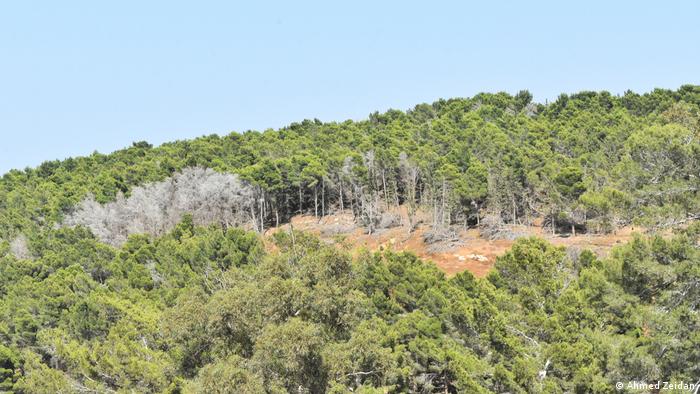 Patch of cut down trees in Al-Jabal al-Akhdar Libya.

Despite the complaints filed, law enforcement officers in the area are ill-equipped to face the violators, who are usually heavy armed. "Arms are widespread in the region. Sometimes, when we try to arrest the violators, we are met with heavy gunfire," said Yoins.

Locals suffer from floods and heat

Residens have felt the direct impact of environmental changes in recent years. According to the Ministry of Social Affairs bureau in al-Bayda — one of the biggest cities of the Al-Jabal al-Akhdar area — 85 houses were destroyed and hundreds more damaged by flash floods in 2019. 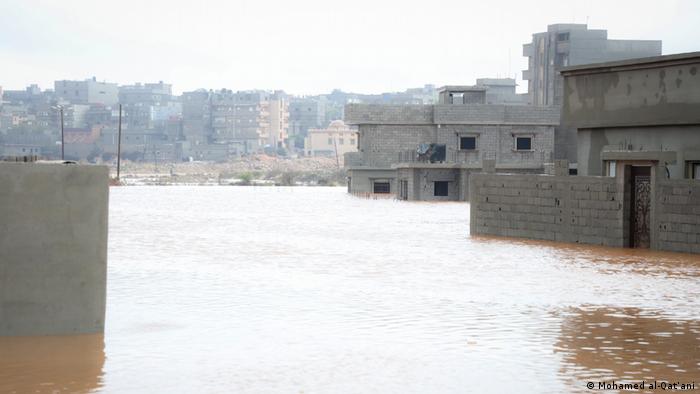 The region is the wettest part of Libya: Rainfall can reach up to 600 millimeters (23.6 inches) annually, compared with 50 millimeters in the rest of the country.

Deforestation is seen to play a key role in increasing the threat of floods. "The land where trees were cut cannot absorb rain as it used to in the past. This has led water from heavy rains to move towards residential areas, as the path to valleys have been changed due to human activity," said Abd-al-Sallam Quwaider, an environmental activist and researcher.

Lately residents in the area have also reported suffering from higher temperatures.

"The biggest harm from cutting trees is the rise in temperatures during summer. The trees helped cool the weather, especially as we suffer from regular power outages," said Abdallah Saleh al-Aqouri, a teacher in Qasr Libya school in Al-Jabal al-Akhdar.

Following high temperatures, the area also experienced wildfires at the beginning of this month. 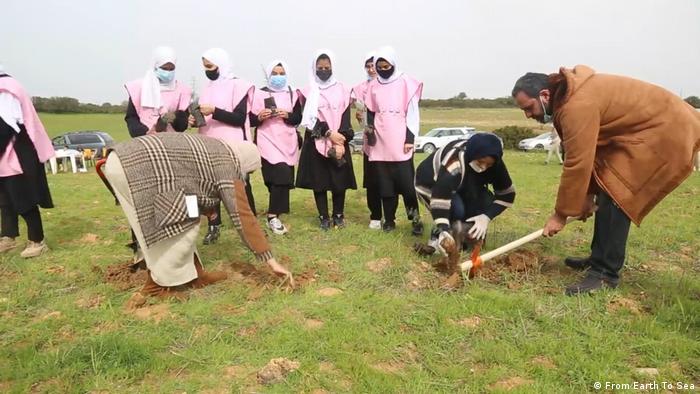 In the face of these threats, in 2018 civil society organizations began a series of reforestation campaigns in Al-Jabal al-Akhdar.

The Libyan Wildlife Trust, one of the associations taking part in these campaigns, has reported planting more than 4 million seedlings so far.

"Most of the campaigns succeed, especially if the planting is done in the right season," said Ahmed al-Qaydi, head of the Libyan Wildlife Trust.

Along with the reforestation campaigns, these organizations have started holding workshops at schools to raise awareness about cutting trees and teach students how to plant and preserve seedlings, in an effort to engage more people in conservation.

"The response is usually quite positive, with people donating money or seedlings. Inhabitants of the area are quite aware of the importance of Al-Jabal al-Akhdar. They just need someone to take the initiative and lead the way," added al-Qaydi.

Though the reforestation efforts are still limited in scope — most organizations rely on donations and don't have enough resources to cover the entire area — momentum is gathering pace. 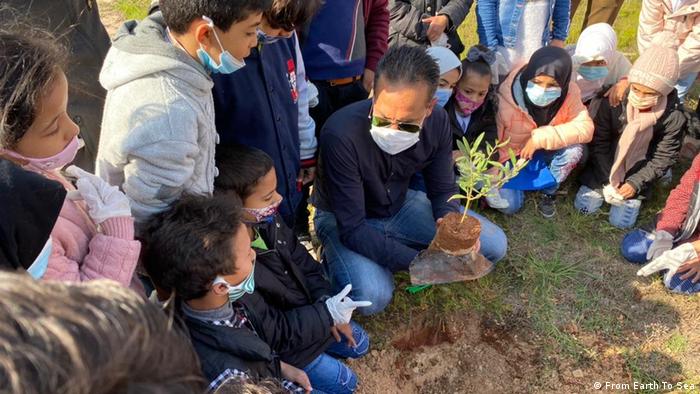 Last year thousands of people joined a Facebook group created by several academics and environment activists to raise awareness about the negative impact of human activities in the area.

Despite these efforts, civil society organizations acknowledge that the pace of reforestation cannot catch up with the rate of damage. They believe that supplying the agricultural police unit with all the needed resources in the form of vehicles, arms and personnel is crucial to save Al-Jabal al-Akhdar.

In April, a new Libyan government of national unity was sworn in. Al-Jabal al-Akhdar is not a top priority for the new government that will be facing a myriad of challenges.

Faiz Sate, head of the Libyan environmental organization From Earth to Sea, believes that "the mere presence of a single government that rules the entire country and empowers the police to play its role will reflect positively on the reforestation campaigns, as it will reduce the rate of crimes in all their forms."

This article was written in collaboration with Egab.