Libyan opposition fights for recognition both at home and abroad | World| Breaking news and perspectives from around the globe | DW | 29.03.2011

Libyan opposition fights for recognition both at home and abroad

Two countries, France and Qatar, now recognize the Libyan National Council as the legitimate representatives of the Libyan people. But who comprises this body and what future do they envision for Libya? 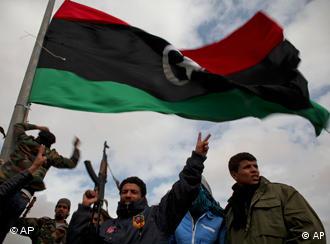 Jibril's meeting with Sarkozy opened the door to the Council's recognition

Qatar has became the second country to recognize the Libyan opposition movement, embodied officially by the "Interim Transitional National Council," as the legitimate representatives of Libya.

Oil was certainly part of the reason for Qatar's move. Word of the decision came soon after Qatar agreed to market crude oil from areas recently taken by the rebels from the control of Libyan leader Moammar Gadhafi. But it was also a diplomatic coup, and sparked speculation that other Arab countries would now follow suit.

Diplomatically, the tide is certainly turning swiftly toward the Benghazi-based Libyan National Council. As well as France and Qatar, the Council also enjoys the support of the US, the UK, Italy and Portugal, as well as the Arab League and the European Union. 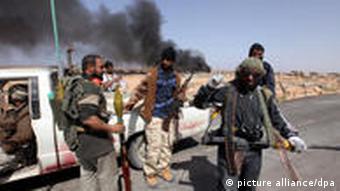 But oddly, the Libyan revolution has been led by inauspicious technocrats from within the Gadhafi regime. One of these is Mahmoud Jibril, a US-educated professor who became secretary of the national planning council under Gadhafi.

Jibril spent years working with Gadhafi's son Saif on political and economic reforms, and while many of those efforts were stifled by reactionary elements in the regime, the job put him in contact with international diplomats.

It was Jibril's meeting with French President Nicolas Sarkozy in Paris on March 10, alongside another opposition figure Ali Al-Issawi, that paved the way for the French recognition. An unnamed French diplomat was quoted in the media at the time saying, "What we thought was that after 41 years of dictatorship that suppressed any kind of opposition, we are in fact lucky to have a group of people who are able to structure themselves, who have goals that we share."

Jibril is now responsible for foreign affairs and international liaisons in the National Council, and has also been named interim prime minister, and he has used his meetings with US and European officials to explain plans to create a central bank, a national oil company, and a television station in rebel-held territory.

But the chairman of the National Council is Mustafa Abdel Jalil, who was much more of a public figure under Gadhafi. He rose through Libya's legal system to become justice minister, and risked the ire of the dictator by offering his resignation in protest that security services continued to hold political prisoners.

Jalil was also noted for his personal modesty, as he eschewed both drivers and personal guards while in office. In its Libya Focus publication, the London-based political risk consultancy Menas Associates described Jalil as "a rare symbol of humility and honesty in what many Libyans deemed to be an otherwise morally bankrupt cabinet." 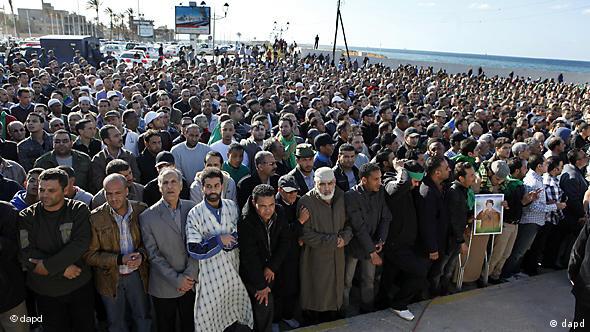 But while these two have become the public face of the Libyan revolution, the National Council they lead is a very disparate group who lack military experience. It is made up of 31 members, each representing different regions. The identities of 20 of them are still secret, for their own safety. Seven are said to be university professors, while only three are thought to be military generals.

"It's led by technocrats and intellectuals, some of whom have opposed Gadhafi for a long time, others who have not," Charles Gurdon Libya expert at Menas Associates told Deutsche Welle. "It also includes army people, some of whom only defected recently. There are secularists, Islamists, tribal leaders and elements from youth movements as well."

This disparity makes it hard to predict what a post-Gadhafi Libya will look like. Experts do not expect either Jibril or Jalil to be anything other than interim leaders, but the absence of political parties in Libya - in contrast to Egypt and Tunisia, say - makes it hard to see how long it will take for a democracy to be established.

"Jibril is saying there will be a republic with a parliamentary democracy with parties and elections," says Hanspeter Mattes, deputy director of the Middle East department of the German Institute of Global and Area Studies (GIGA). "But it's going to be very difficult to achieve that."

"Perhaps there will be an interim parliament at first, where representatives of the tribes and the professions and the youth movements will sit," he speculated. "Political parties will take a while to set up."

Prejudice at home and abroad

But the Council also faces prejudices and fears within the western Libyan population. The people of Tripoli identify the East of the country with the pre-Gadhafi monarchy and with al-Qaeda. There is a good reason why the opposition is strongest there.

"Gadhafi deliberately targeted the East and gave it as little development as possible," says Gurdon. "That created opposition there."

"It's true that there were a lot of people who went from eastern Libya to fight in Afghanistan," he continued. "A lot of the original suicide bombers came from Libya. Having said that, the majority of the Libyan Islamists went to jail, and they stopped their armed opposition to Gadhafi before this revolution happened."

Tripoli's fears are also reflected in the West, where people are worried about Islamist factions in the Council. But Mattes says such dangers are exaggerated. "I expect Islam will be the state religion and Sharia will be the source of legislation," he says. "We'll probably have all the things we know from the constitutions of Egypt and so on, but I don't think we'll have a country where the whole political life will be dominated by Islamist factions."

On top of this, the National Council has gone out of its way to emphasize its pan-Libyan basis. "One of the reasons that only 11 out of the 31 have been named is because the others are already in Tripoli," says Gurdon. "It is very specifically meant to be a national movement rather than a regional movement."

The National Council has worked hard to gain the credence and the respect of the Libyan people and the international community, but even if it is able to oust Gadhafi, its toughest battle may be still be ahead.

For the first time in post-war history, Germany has publicly taken a position contrary to virtually all of its major allies. The fallout of Berlin’s abstention from coalition operations in Libya could be far reaching. (25.03.2011)

European divisions on Libya hold up US, NATO leadership decisions

Divisions between European Union member states are delaying critical decisions on leadership of the Libya campaign and contributing to the EU's inability to present a united front in almost all aspects of the operation. (23.03.2011)

In his speech to America, President Obama successfully justified the intervention in Libya and fended off domestic criticism. He made clear that the coalition acted to stop a massacre, argues DW's Christina Bergmann. (29.03.2011)