Seif al-Islam, the son of late Libyan dictator Moammar Gadhafi, is set to take a tilt at the country’s presidency. He had been sentenced to death by a Tripoli court for war crimes. 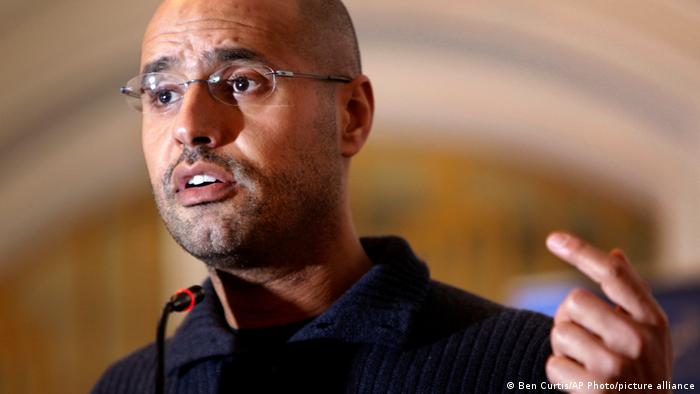 Libya has been engulfed in chaos since a NATO-backed uprising in 2011 that toppled and killed longtime dictator Gadhafi.

After his father was ousted, Seif was captured by tribal militias in Zintan, in northwestern Libya. He was released by them in 2017 and is thought to still be living among his former captors.

In an interview with the New York Times in July, the first he had given a Western publication for years, Seif hinted at a presidential bid this year.

Does he stand a chance?

Seif Gadhafi is among the more prominent names expected to run in a race that is also expected to include General Khalifa Haftar, parliamentary speaker Aguila Saleh, and Prime Minister Abdul Hamid Mohammed Dbeibah.

Despite his father's well-documented eccentricity and brutality, the Gadhafi family remains popular with a constituency of Libyans.

Although the 49-year-old may be able to play on the nostalgia of some voters, analysts have said he may face difficulties in mobilizing support and may not ultimately prove to be a front-runner.

Seif was an influential figure in his father's inner circle. In 2011, the International Criminal Court in The Hague accused him of crimes against humanity, issuing an arrest warrant against him.

He was also sentenced to death by a Tripoli court in 2015 for war crimes that included the killing of protesters in the 2011 revolt. It's thought likely he would face arrest or other dangers if he appeared publicly in Tripoli.

The December election has the public backing of most Libyan factions — as well as foreign powers. However, the vote is still in doubt as rivals quarrel over the rules and schedule.

A conference in Paris on Friday agreed to sanction anyone seeking to disrupt or stop the election, but there has still been no agreement on matters such as who should be able to run.

Another of Gadhafi's sons , Saadi, was freed from prison in Tripoli in September, and is thought to have traveled to Turkey. His release is believed to have been the result of negotiations between tribal leaders and high-ranking government officials.