The president-elect is popular among the country's youth, who are confident that he will represent their interests better than his predecessor. Vice President Joseph Boakai has accepted defeat. 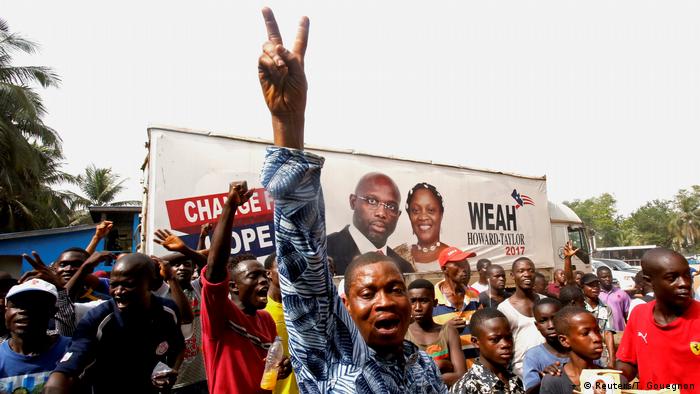 Thousands of jubilant supporters of President-elect George Weah took to the streets in Liberia's capital Monrovia to celebrate their candidate's victory over incumbent Vice-President Joseph Boakai.

The former FIFA World Player of the Year is set to take over from Nobel Peace Prize laureate Ellen Johnson Sirleaf, whose 12-year rule will come to an end in January 2018.

Weah had fought for the country's presidency and vice presidency in two previous elections, in 2005 and 2011, but lost to Sirleaf on both occasions.

Many Liberians have high expectations of Weah, in particular young Liberians are optimistic that he will be able to tackle the many challenges facing the country.

"We are celebrating because George Weah represents the interests of us, the young people in Liberia," 21 year-old Musa Shariff told DW.

"I am hopeful that with George Weah as president, tuition costs will reduce and we will have access to free education, and commodity prices will reduce." 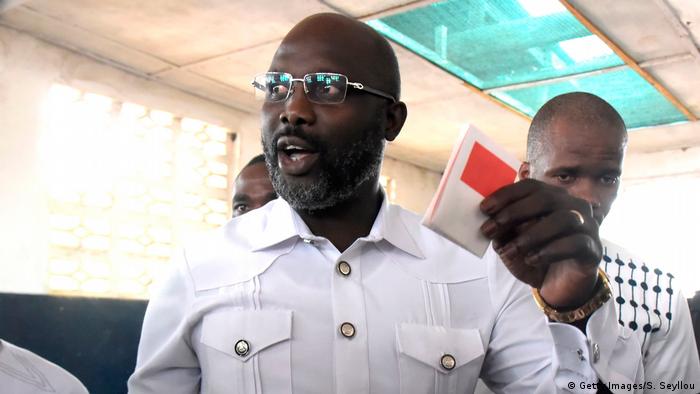 Weah's supporters are confident that he will better represent their interests, which they believe seasoned politician Sirleaf failed to address after more than a decade in office.

"President Sirleaf promised to provide jobs and education for the young people, but to no avail. School fees have sky rocketed. As I speak, I am a high school dropout," 27-year-old Alvin Kabah told DW.

The chairman of the Coalition for Democratic Change, Nathaniel McGill, told DW "the Liberian people have spoken, and it's a victory for Liberia. All we are asking is for all Liberians to come together so we can build our country."

Addressing supporters in Monrovia, Boakai promised to provide support to Weah, but he also reminded him of Liberia's fragile economy and the challenges that lie ahead. 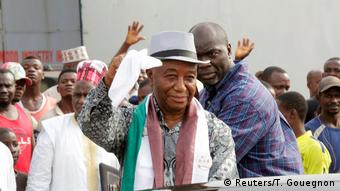 "We all are passengers on this big ship called Liberia. Even though I will not be the captain of this ship, it is my desire that the ship always sails smoothly," Boakai said.

He told his Unity Party supporters that he was seeking an opportunity to serve his country rather than gain power. He said that he respects the will of the people, before thanking Liberians for allowing him to serve for 12 years as vice president.

"We know our supporters in and out of Liberia are disappointed by the result of the election. Let me say however that we all collectively fought a good fight," he said.

Boakai also lauded the international partners who stood by Liberia during the long and arduous electoral process. Weah won the first round of voting in October with 38.4%, butfailed to secure the required 50% necessary to avoid a second round. The subsequent runoff between Weah and Boakai was delayed twice due to allegations of fraud and voting irregularities.

The powerful  Economic Community of West African States (ECOWAS) and the European Union Election Observer Mission in Liberia described Tuesday's polls as peaceful and satisfactory. The election marks Liberia's first democratic transition of power in over 70 years as the country continues to grapple with the legacy of two back-to-back civil wars between 1989-2003, during which an estimated 250,000 people were killed.

Weah's victory means a by-election will be held in the coming months to fill two now vacant senate seats – those of Weah and his running mate, Jewel Howard Taylor, the ex-wife of former war lord Charles Taylor who was convicted in 2012 of war crimes. He is serving a 50-year prison sentence in Britain.

Why did people in Liberia vote for Weah? Evelyn Kpadeh Seagbe from Monrovia