Liberal drug laws- is the Czech Republic the Amsterdam of the East? | Europe| News and current affairs from around the continent | DW | 19.07.2010

Liberal drug laws- is the Czech Republic the Amsterdam of the East?

The Czech Republic has some of the most liberal drug laws in Europe and produces most of the continent's methamphetamine, but the country's HIV/AIDS rates are among the lowest in Europe. 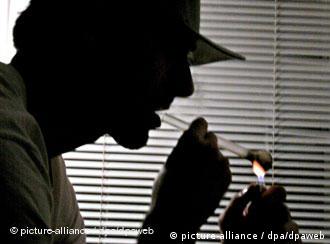 Every summer, outdoor techno parties are held in secret locations across the Czech Republic. Sometimes, the illegal rave will be held in the countryside, a field where many of the young people keep going for days on a cocktail of drugs – ecstasy, speed and increasingly methamphetamine, a highly dangerous drug commonly known to the wider world as crystal meth, and to Czechs as pervitine, piko or pernik.

But if by chance they're caught by the police, and if they have less than two grams of pervetine, these techno fans are safe in the knowledge that - thanks to the new law codifying drug possession - the worst that can happen is a 600 euro ($777) fine.

“From January 1st, what amounts to ‘more than a small amount' of drugs will be clearly classified," then Justice Minister Daniela Kovacova said in December 2009. 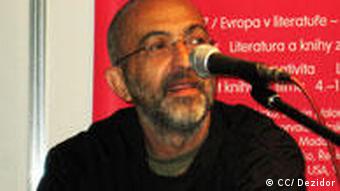 A crime or a misdemeanour?

Previously, it was up to invidual policemen to decide what constituted ‘more than a small amount of drugs'.

The new law is clear: a person found with more than 15 grams of marihuana, or 1.5 grams of heroin, or 1 gram of cocaine, or four tablets of ecstasy will most likely be arrested and sent to court. Anything under that amount is a misdemeanour.

Czech journalist Jiri X. Dolezal, who had been campaigning for the legalisation of so-called ‘soft drugs' such as marihuana, welcomed the new legislation.

“The new law is without doubt a good thing, mainly because of the new legal security, not just for the police, but also for users, who I suppose I'm representing here,” he said.

But the new legislation has also increased the rift between those who say the Czech Republic has de facto ‘decriminalised' drugs, and those who believe the change is merely the clarification of what was just a very vague law.

"It doesn't change your attitude to drugs." 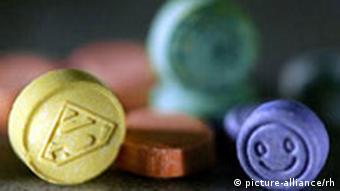 Dr. Ivan Douda has been treating Czech drug addicts for 33 years. He agreed that the new legislation was relatively liberal compared to other European countries, but laughed off suggestions that the new law would encourage drug use among Czechs or even attract drug tourists from elsewhere in Europe.

“If you want to try something, it's possible in Prague, in Paris, in London or wherever," he told Deutsche Welle. "If you want to. If you don't want to, I think this small change of the law doesn't change anything in your attitude to drugs.”

If the new law had really ‘decriminalised' drugs, Douda said, one would expect their use would have increased, which hadn't happened. As for HIV/AIDS, he said, of the 157 new HIV cases recorded last year, just four were intravenous drug users. 75% of hard drug users regularly came forward to get themselves tested.

In other instances, the Czech authorities have been adopting an increasingly hard line on drug use. For the first time this year, the police are refusing to allow health workers at outdoor festivals to test the quality of ecstasy and other dance drugs for dangerous impurities. Such testing would now be regarded as illegal because it could be construed as advocating drug use.

Amsterdam of the East?

Jakub Frydych, director of the National Anti-Drug Centre, told Czech Television that it was not possible to say the law only applies to some people and only in some places.

"Each person who goes up to one of these testing tents with a tablet containing MDMA – even if it's just one tablet, then at the very least it's a misdemeanour. And possibly it's a criminal offense if he has more," he said.

The fact remains that Czech legislation is more liberal than that of many other European nations. Does that make Prague ‘the Amsterdam of the East'? Well, at least according to the experts and the authorities –no, not quite.

New coalition takes the reins in the Czech Republic

A new center-right government was ushered in on Tuesday in the Czech Republic. The three-party coalition, led by Prime Minister Petr Necas, has pledged to cut the deficit and fight corruption. (13.07.2010)

The Czech government has taken its battle against homophobia to school classrooms in an effort aimed at raising awareness of homosexuality and the problem of bullying based on sexual orientation. (27.02.2010)

The bad economic situation has led some countries and donors to lag in fulfilling their funding promises for programs that provide the drugs HIV patients in Africa need. This could threaten the lives of many patients. (21.07.2009)