The bad economic situation has led some countries and donors to lag in fulfilling their funding promises for programs that provide the drugs HIV patients in Africa need. This could threaten the lives of many patients. 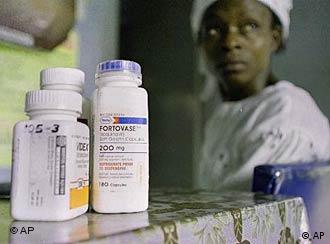 At the conference, organizations such as Doctors without Borders and UNICEF have voiced their concern that the economic crisis could disrupt the supply of drugs to HIV patients in developing countries, making an already difficult situation in Africa worse.

"There's great worry now that, in the current financial climate, funding for AIDS is stagnating. The Global Fund already has several billion shortfall," said Tido von Schoen-Angerer, the director of the Doctors without Borders campaign for access to essential medicines.

"What that already means is that there have been some first calls from Uganda saying that it's difficult now to get new patients on treatment," he added. 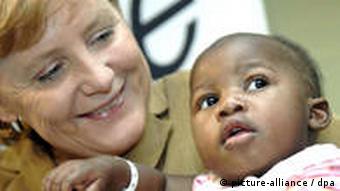 According to UNICEF, international donors pay the majority of HIV treatment costs in Africa. Von Schoen-Angerer told Deutsche Welle that only about 30 percent of HIV patients there are getting the treatment they need.

The G-8 has promised to fund universal access, he said, but the bad economic situation will make that difficult.

"When Germany held the G-8, Germany said that it would increase its funding for the global fund and it did, so that was good," von Schoen-Angerer said.

"But in an NGO meeting that we had with Angela Merkel just before this year's G-8, she said very clear, 'Well, we are in a financial recession. There will be not a penny more for global health.' And I think that is the stark reality we're facing."

This lack of funding has come at a time when the groups working with HIV patients are facing a new challenge.

On Monday, Doctors without Borders released a study of one of their programs in South Africa that found that after 5 years, 16 percent of patients had to change their therapies. This is normal and happens even if the patients take the drugs exactly as prescribed, von Schoen-Angerer said. 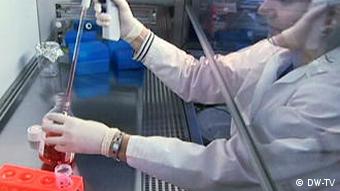 One solution, which Doctors without Borders is encouraging, is for antiretroviral manufacturers to make their patents available to generic companies in what's known as a patent pool.

Otherwise millions of people responding well to first line treatment now could soon be unable to afford the next line of treatment they need, warned von Schoen Angerer.

"We believe what we see here in South Africa is actually a window in the future of what we will see throughout Africa in the coming years with more and more patients needing to switch to a new treatment combination that is going to be much, much more expensive," he said.

Despite the gains that have been made in treating HIV and AIDS in Africa in the last few years, there is a concern that it could all be undone if the donors are not in it for the long haul.

"Was the international community just committed to give a few years of life extension or is their commitment to actually keep people alive?" von Schoen-Angerer said he's asked himself.

"The drugs exist, the tools exist," he added. "It's a matter of actually making them cheaply enough available as generics, and also having the financing to keep people alive."

Despite a falling AIDS-related mortality rate, changes need to be made to Malawi's health care system to make better use of the aid it receives to treat AIDS and lower HIV transmission rates, say international experts. (22.06.2009)

A member of hit German girl group No Angels has been arrested for allegedly having unprotected sex although she knew she was HIV positive. (14.04.2009)

Controversy over the pope's comments about condom use continued to swell across Europe and the US. The pontiff said using condoms could aggravate the problem of AIDS in Africa. (18.03.2009)