Let there be blue light: blue LEDs take the 2014 Nobel Prize for Physics

Energy-saving light-emitting diodes have conquered the world. Diodes for red and green light have been on the market for 50 years. But blue was a huge challenge - until three Japanese physicists came along. 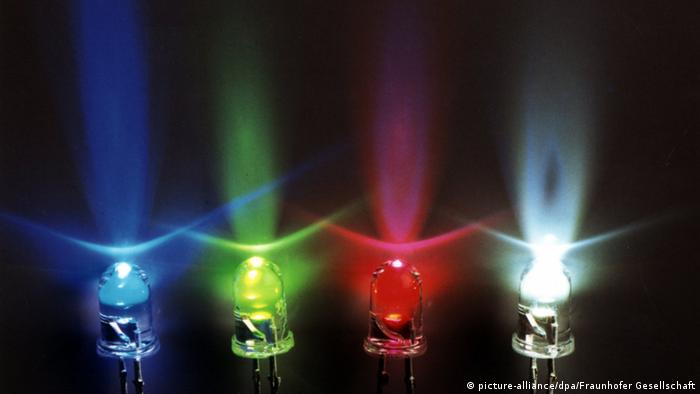 Per Oelsing of the Nobel Prize committee takes out his mobile phone and holds it up.

The flashlight and the screen of modern smartphones make use of the technology that the three Nobel Laureates developed, he says.

This year's Nobel Prize in Physics goes to three Japanese scientists: Isamu Akasaki and Hiroshi Amano of the Nagoya University, and Shuji Nakamura of the University of California in Santa Barbara, USA.

Not very much a surprise

"I'm very happy, it is a terrific thing for me," said Shuji Nakamura in an interview with DW after the prize announcement.

But Nakamura says he felt there was a good chance he might become a Nobel Laureate today. 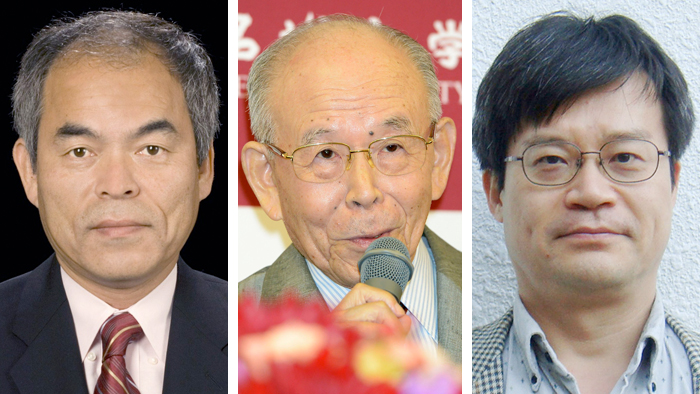 And peers of the three inventors say it's long overdue that they were honored.

"Everyone working with blue light-emitting diodes has been expecting this," says Klaus Streubel.

Streubel heads research and development at the lighting manufacturer Osram. He has been working in LED development for years and says he often meets the newly-anointed Nobel Laureates at symposia.

Steven DenBaars, a colleague of Nakamura's at the University of California told DW: "We [had been] expecting it sometime in the next five to ten years," given that LED lighting is now a reality. "But it was a surprise this year. You know, you never know when."

Light-emitting diodes (LEDs) use much less electricity than traditional or incandescent light bulbs.

But the light they emit is very bright.

"I think it's the eventual replacement of almost all other forms of energy-inefficient lighting," DenBaars says.

LEDs radiate light at particular wavelengths - and depending on the wavelength, the light is either red, green or blue.

All three colored lights together makes white light. This white light is becoming more and more common in household lamps and smartphones flashlights.

"Without blue LEDs you can't make white LEDs," Streubel says. "And white LEDs are everywhere these days. The economic success of white LEDs is fantastic." 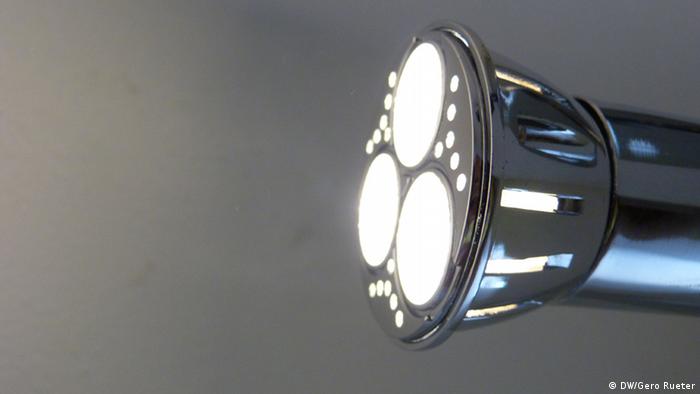 White LED lamps are a breakthrough, and it's thanks to this year's Nobel Prize winners

Red and green light-emitting diodes were developed in the 1960s.

"The blue thing, though, was very difficult to accomplish," says Olle Inganäs, a physics expert on the Nobel committee.

It was about 30 years later, in the 1990s, when Shuji Nakamura presented a very bright blue LED for the first time.

"That was a shock among experts," says Streubel.

Scientists had accepted that it was simply impossible to make blue LEDs.

But once Nakamura's blue LED invention had come out, companies were in a mad rush to get blue and white LEDs on the market. 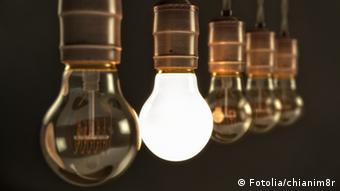 "Alfred Nobel would be happy"

Inganäs says there are many applications for LEDs, and that "that would have made Alfred Nobel very happy."

Alfred Nobel wrote in his will that the Nobel Prizes should be awarded to inventors who confer the "greatest benefit on mankind."

Pointing to a map of Earth as seen from space, Inganäs suggests LEDs will bring light to Africa. The map as it is today shows Europe and North America in bright light, but Africa is in virtual darkness.

The three Nobel Laureates' invention will change that, says Inganäs: with light from LEDs costing little electricity, he says, "I believe this map will look different in the future."

Isamu Akasaki, Hiroshi Amano and Shuji Nakamura have been awarded the 2014 Nobel Prize in Physics. They were recognized for inventing blue-light emitting diodes, commonly known as the LED. (07.10.2014)

Three Japanese scientists are sharing the Nobel Prize in Physics 2014: Isamu Akasaki, Hiroshi Amano and Shuji Nakamura. Their discovery? They revolutionized the light. Here's a chronical summary of today. (07.10.2014)

Seeing less red: how new luminescence could give us LED light like the sun

A team of German scientists has come up with a new luminescent material for LED bulbs. The phosphor improves energy efficiency and makes this artificial light almost as natural as the sun. (26.06.2014)

Press release of the Karolinska Institute