Leipzig’s Catholic conference: Not just fun and games | Germany| News and in-depth reporting from Berlin and beyond | DW | 26.05.2016

Catholics from all across Germany are in Leipzig for 3 days of cultural events. The festival, in its 100th installment is also a political expression of the hopes of lay Catholics for their institution.. 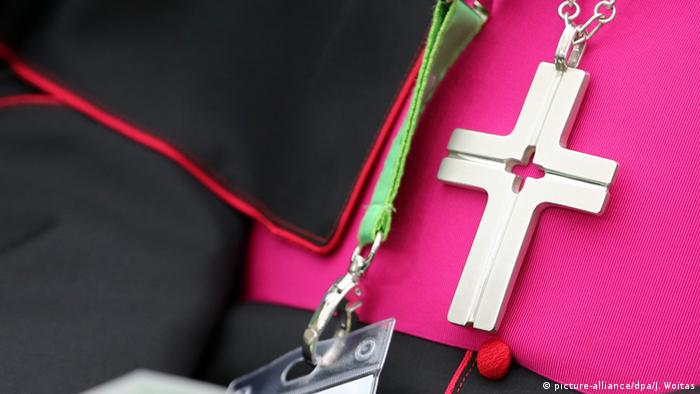 On Wednesday, the Central Committee of German Catholics (ZdK) inaugurated in Leipzig the 100th anniverary meeting of the Catholics Conference Day. Interrupted during the National Socialist period, the event has been held every two years or so since 1848 and, although originally meant as a gathering for the different Catholic communities around German speaking countries, it has progressively developed into a massive cultural event.

Religion in the secular heartland

More than a 1,000 exhibitions, performances and talks are to be staged in Leipzig in the three days of the festival, which the organizers hope will attract around 30,000 visitors. But the festive occasion belies the keen political undertones that the base of the German Catholic community has come to project.

Leipzig is a curious choice for German Catholics to celebrate the anniversary of their main public event. Leipzig sits in the heart of the former GDR, the most secular region of Western Europe. In fact, while Catholics represent only 4% and Protestants 10% of the regional population, 80% of locals identify themselves as having no religious affiliation.

A powerful voice in the church and in the country 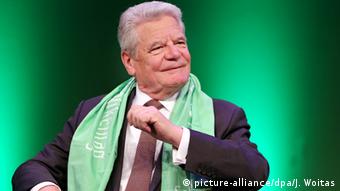 The Central Committee of German Catholics is a lay organization and though not an official arm of the Catholic Church, its weight in ecclesiastical and national affairs can be best gauged by taking a look at the roster of prominent speakers. Not only central figures of the German church were present at the event, but Pope Francis delivered a pre-recorded speech in what was probably his first public presentation in a heavily accented German.

Leading characters of the federal and state governments are also in Leipzig. The German president, Joachim Gauck, delivered the keynote speech on opening night. Andrea Nahles, the Social Democrat Minister of Labor and Social Affairs took the podium to discuss the social responsibility of the church. The Left was represented by Bodo Ramelow, the state premier of Thuringia. And among the various figures of Angela Merkel's Christian Democrats, was Stefan Kaufmann, an openly gay member of the Bundestag.

A diverse church for the German people

In fact, the presence of Kaufmann along with three of the most important gay and lesbian Catholic advocacy groups in the country shows that the ZdK is willing to take an openly progressive position, and controversial in equal measure, with regards to the type of church it wants to promote. Kaufmann as well as the Catholic Lesbian Network and the Workgroup Homosexuals and Church have been invited by organizers to present their work on the open integration of sexual minorities to the Catholic church. 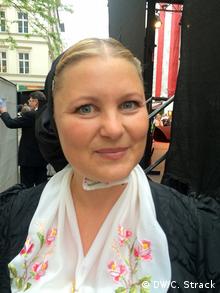 One of the visitors to the festival in traditional Sorbian dress

But not the entire political spectrum is represented in Leipzig. Saxony is the heart of the most recent right-wing populist political movements in Germany. And indeed, much has been made of the fact that the right-wing populist Alternative for Germany (AfD) was not asked to participate in the events. Thomas Sternberg, president of the ZdK, was asked about it during the press conference. For the organizers, the strong anti-immigration agenda of the AfD is incompatible with the internationalism, openness and demand of hospitality that Catholicism places on the members of the church. According to Sternberg, the duty to protect the ones in need, is a Christian duty and bringing in a group that demands the closing of Germany's doors in the face of those who escape great hardships cannot find a platform in an event intended to promote openness.

The future of the church and its place in society

And such hospitality, tolerance and care for others is the cornerstone of the Vatican agenda for the Year of Mercy, which started in December and will extend until the end of this year. So, it is not surprising then that the Vatican has shown such support for an event in which communities and positions that were considered either fringe or antithetical to Catholicism come to take central stage.

Yet, even a quick look at the recent political history of the church should make any observer marvel at the sea change that the institution has undergone in three short years since the arrival of Francis in Rome. The church, one of the most conservative global institutions, has managed to occupy the space of a moderate progressivism in the broader western political landscape with the German church as one of its engines.

For quite a while, the German church has been an engine of progressivism within the larger organization. And, indeed, in Leipzig, it is possible to make out the sketch of the church that German Catholics envision. As Sternberg himself explained, the 100th Katholikentag in Leipzig shows the face of the church, which despite the predictable criticisms, is already diverse, complex and lively.

Catholic Congress in Germany: The church service for children and youth

Catholic Congress in Germany: The church service for children and youth

On the 100th German Catholic Congress, tens of thousands of believers are set to gather for a five-day event in Leipzig. In light of the current mood in the state of Saxony, discussions at the meeting will be gripping. (25.05.2016)

Can social media bring young people back to Church?

As church attendance continues to wane in Europe, Christian clerics are trying to modernize existing traditions, such as Germany's bi-annual Katholikentag, with the use of social media. (26.05.2016)