Judges described the winning author as "the most stubborn voice in contemporary German literature." The award ceremony was streamed online due to ongoing coronavirus restrictions. 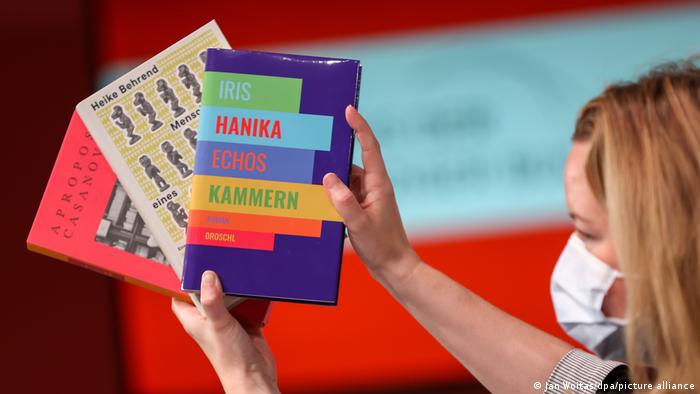 German writer Iris Hanika has been awarded the Leipzig Book Prize for fiction for her novel "Echos Kammern."

The jury announced the decision during a virtual ceremony on Friday.

They praised Hanika's skill as a "clever, witty and wild narrative constructor," calling her "the most stubborn voice in contemporary German literature." 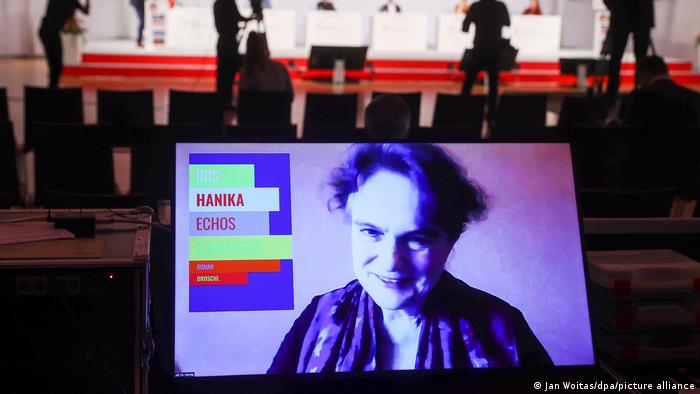 "Echos Kammern" — which could translate as either "Echo Chambers" or "Echo's Chambers" in English — is set in Berlin and New York, and grapples with themes of love, suffering, gentrification and tourism.

Hanika "carries out her linguistic experiments with virtuosity," the jury said.

The 58-year-old Berlin-based author takes a "fiendish pleasure in the fact that this could cost her the novel at any moment. It is precisely this risk-taking writing that sets her apart."

The Leipzig Book Prize has been awarded since 2005, recognizing new titles in the categories of fiction, non-fiction and translation. The winner in each of the three sections receives a €15,000 ($18,300) cash prize.

This year's award for non-fiction went to ethnologist Heike Behrend for her memoir "Menschwerdung eines Affen," which translates to "Incarnation of an ape."

In it, she reflects on her research trips to Uganda and Kenya, resulting in what the judges called a "read that is as delicious as it is precious, one that broadens our horizons."

The Leipzig Book Prize is one of the most important literary awards in Germany.

This year, a total of 389 titles were submitted for consideration, with just five nominated in each of the three categories.

UK author Johny Pitts was awarded the Leipzig Book Prize for European Understanding for his book "Afropean" on Wednesday.

How do independent publishers in Germany survive?

After the bankruptcy of Germany's largest book wholesaler, small publishers are on red alert. The issue at stake is nothing less than democracy and cultural diversity. Is there a glimmer of hope for them?