Following the resignation of Prime Minister Saad Hariri, Lebanon looked set to ease a two-week lockdown triggered by anti-government protests. A solution to the crisis, however, is yet to be found. 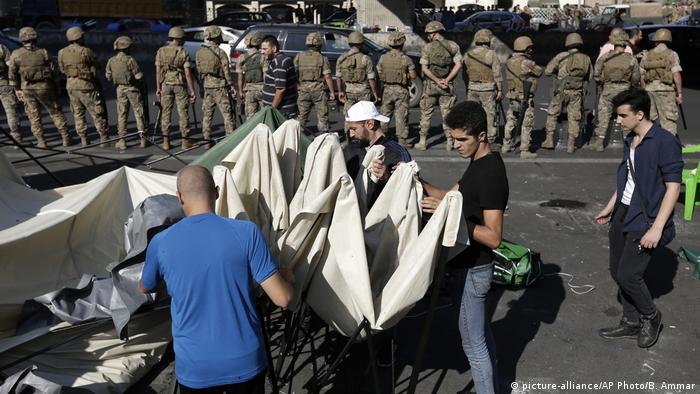 The army on Wednesday requested protesters no longer block roads and looked set to ease its two-week-old lockdown. They also "emphasized the people's right to peaceful protests and freedom of expression in public squares."

Anti-government protests had paralyzed parts of the country for 13 days.

Protesters took to the street to celebrate Hariri's resignation on Tuesday evening but many insisted the protests will go on. "The resignation is not enough to keep us off the streets," one Lebanese man told AFP news agency.

Lebanese President Michel Aoun urged Prime Minister Saad Hariri and his cabinet to remain in power in a "caretaker capacity" until a new government can be formed. According to an official statement, Aoun "asked the government to continue to conduct affairs until a new cabinet is formed."

It is unknown whether Hariri will agree to stay on in a caretaker capacity.

As the lockdown eases, public services like banks are expected to reopen later this week.

The protests were triggered by a proposed tax on calls made via free phone call apps.