The prime minister failed to show up for questioning over last year's explosion at Beirut port, prompting judge Tarek Bitar to issue a subpoena. Lebanon is facing an escalating crisis. 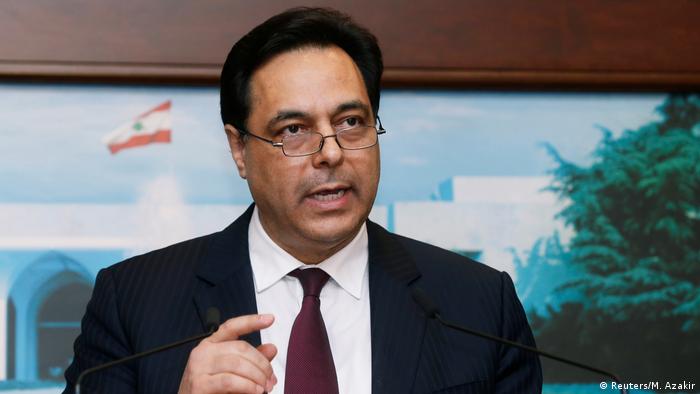 Diab, along with several former ministers who were charged with negligence over the blast, was called for questioning by Judge Tarek Bitar in July.

When Diab failed to attend, Bitar issued a subpoena to attend court on September 20 and instructed authorities to arrest the prime minister a day before the hearing.

What did parliament say?

In a letter to the prosecutor, Adnan Daher, parliamentary secretary-general, said Bitar had no authority to issue the subpoena against the prime minister.

"The procedure does not fall within the competence of Judge Bitar", wrote Daher.

He cited the Lebanese constitution and several articles of law to clarify where a court can subpoena the president and ministers.

Diab's office wrote to the judge earlier this week saying that "constitutional obstacles" prevented him from appearing for questioning, an argument Bitar said had "no legal value."

Several former prime ministers have also criticized the subpoena move, calling it "a dangerous precedent and a deliberate measure that undermines the position of the Prime Minister."

Bitar's predecessor was removed by a court in February after he charged Diab and three former ministers with "negligence and causing death to hundreds."

What happened at Beirut port?

A huge stockpile of ammonium nitrate exploded at the port on August 4 last year, destroying swathes of the city and killing at least 214 people.

Security sources initially suggested that welding work could have started the fire, but it later emerged that officials had known the highly volatile fertilizer had been stored there for years.

The port is situated close to residential areas.

A domestic probe into the disaster has so far failed to provide concrete results, and activists accuse politicians of doing everything they can to stall the investigation.

Political leaders have repeatedly refused an international investigation despite public fury that no one has been held to account. On Friday, the country's most senior Sunni cleric Sheikh Abdulaziz Al Sheikh warned that the country was headline toward complete collapse, including a financial meltdown. Die to fuel shortages, even essential services were forced to wind down their activity.

Bitar has previously summoned four former ministers — three of whom are lawmakers — but parliament has refused to lift their immunity so they can be questioned.

Several former prime ministers have accused President Michel Aoun of knowing about the chemicals and said he had done nothing effective to avoid the blast.

They called for the president's immunity to be lifted so he too can be questioned.

Lebanon has been mired in a political crisis for several years, with deep wrangling between the country's political factions, fueled by economic turmoil and widespread corruption.

Top Lebanese officials had been warned about the dangers of chemicals stored in the port yet failed to act to prevent the tragedy, according to a report from Human Rights Watch.