Leading politician urges EU to withdraw diplomats from Syria | World| Breaking news and perspectives from around the globe | DW | 06.08.2011

A leading member of Chancellor Angela Merkel's Christian Democrats has called for EU ambassadors to be withdrawn from Syria. Meanwhile, Germany's foreign minister says change is inevitable in Damascus. Some 350 security personnel have died in the fighting

The chairman of the German parliament's foreign affairs committee, Ruprecht Polenz, on Saturday called for all EU member states to withdraw their ambassadors from Syria.

Polenz said that Europe needed to send a strong message to register its disapproval of the violence that has killed more than 1,500 protesters in recent months, according to the Sunday edition of the Frankfurter Allgemeine Zeitung newspaper. 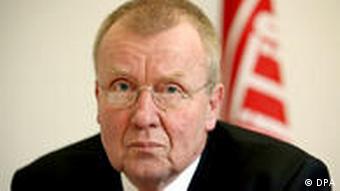 "In order to increase the political pressure on Damascus and to give a signal to Syrian society, I would welcome the withdrawal of European politicians," he said in comments that were released before publication.

Polenz said it was important to act in concert so that the actions did not fall on deaf ears, Polenz said.

Italy recalled its diplomats last week and the country has urged other EU member states to do the same.

But up to now, Berlin and the EU have refused to recall their ambassadors. A German government spokesperson said it was important to keep diplomats on the ground in Syria so that they can gather information and maintain contacts with opposition figures.

More than 1,650 civilians and around 350 security personnel have been killed since pro-democracy protests began in March. 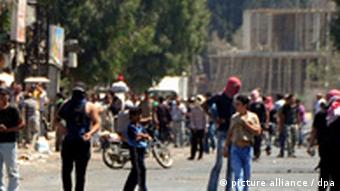 Protests have arisen in a number of cities across Syria

"I do not believe that there can be a political future for Assad that would be supported by the Syrian people," Westerwelle said.

In view of the violence that had been used against protesters, Westerwelle said, it was not possible to take seriously an offer by Assad to talk with members of the opposition.

On Saturday, Syrian Foreign Minister Walid al-Moallem said that "free and fair" elections would take place before the end of the year.

During a meeting with Arab and foreign ambassadors in Damascus, al-Moallem said the Syrian leadership was committed to pushing ahead with reforms, the official SANA news agency reported. 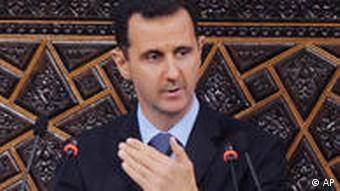 Assad has come in for strong criticism from Western governments

A decree was issued on Thursday authorizing the formation of new political parties.

But Westerwelle, whose ministry is reportedly in talks with members of the opposition in Syria, said he doubted that the talk about reform was sincere.

"Such a severe application of violence shows that the regime will stop at nothing to hold on to power," he said.

The foreign minister said the situation could be expected to worsen during the Muslim holy month of Ramadan, which began on August 1, adding that the violence threatened to spill over Syria's borders and destabilize the region.

Opinion: The UN's condemnation of Syria is a feeble response

The UN condemns the Syrian regime's violent crackdown on civilians, urging the authorities in Damascus to fully respect human rights. It is an initial, though weak, sign of disapproval, says DW's Daniel Scheschkewitz. (04.08.2011)

The UN Security Council has agreed on a statement condemning Syria's violent crackdown on protests. It falls short, however, of the tough resolution which had been sought by numerous western countries. (04.08.2011)

Syrian President Bashir al-Assad delivered his first speech for two months Monday in which he stated that that there would be no reform in Syria until the “sabotage and chaos” which has rocked the country was over. (20.06.2011)